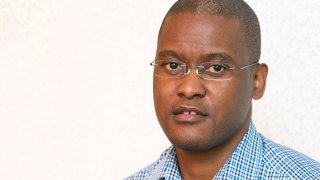 Bruce Montiea is a Creamer Media Writer for Engineering News and Mining Weekly.

Scholarship of teaching and learning in higher education under spotlight

22nd July 2016 Advancing teaching innovation and research excellence in higher education will be the focus of this year’s Annual Teaching & Learning in Higher Education Conference. The conference, in its tenth year, is an international gathering of academics and researchers that will be held at the Southern Sun... →

19th February 2016 Precision rifles designer and manufacturer Truvelo believes that manufacturing its rifles locally encourages foreign currency influx and alleviates unemployment. “We contribute to job creation and skills development by offering training to our staff and, as the majority of our products are... →

5th February 2016 Owing to the hot and dry conditions in South Africa, evaporative cooling company Air-Dale Engineering notes that the Cool Breeze evaporative coolers are well-suited for local use, as these conditions are prevalent in most parts of the country. The company has been importing the coolers from... →

Zimbabwe wants half of royalties paid in gems, precious metals

Endeavour appoints LBMA director to its board