By: Martin Creamer     23rd September 2022 This week, Martin Creamer speaks about the need for rapid private sector energy participation, a collaborative approach to energy for Southern Africa and a new platinum champion as world demand for the metal builds. →

By: Martin Creamer     2nd September 2022 This week, Martin Creamer speaks about: mine dump communities growing their own vegetables and ARM committed to fight climate change. →

By: Martin Creamer     22nd July 2022 The need to store sun and wind energy is presenting South Africa with an opportunity to create a new local industry. Anglo American is taking the unusual step of commercialising its hydrogen haul truck for global use.  →

By: Martin Creamer     15th July 2022 Good news for South Africa is that platinum-based technology has been selected for a big new hydrogen project in Australia; Hydrogen-based steelmaking is on the way in Japan with the help of South Africa’s Anglo American; and A South African mining company this week announced the commissioning of... →

By: Martin Creamer     8th July 2022 The National Planning Commission this week made the correct call for the declaration of an ‘energy emergency’; a new listing on the Johannesburg Stock Exchange is set to open up expanded copper mining in the Northern Cape; and Major new industrial development is there for the taking, provided... →

By: Martin Creamer     1st July 2022 Anglo American Platinum this week emphasised that South Africa is in a very strong position to generate and even export green energy; A study published this week proves that it will be highly profitable to extract the gold out of mine dumps on the West Rand; and Capital is being raised in... →

By: Martin Creamer     24th June 2022 The small diamond producers’ organisation this week expressed determination to grow and create jobs. Harmony Gold is placing great emphasis on extending the life of its gold mines and supporting host communities. A strong call was made on government this week for a fixed number of days to be set... →

By: Martin Creamer     17th June 2022 A second South African company is launching enthusiastically into green hydrogen, this time in the Northern Cape; Volvo this week launched its first hydrogen haul truck aimed at limiting to the threat of climate change; and Namibia is streaking ahead in the critical minerals field with the... →

By: Martin Creamer     10th June 2022 The first in-person Johannesburg Stock Exchange listing since Covid took place this week amid mining companies in particular being urged to use the exchange; Good news for the economy is that two key mining projects are at the ready to proceed at a moment’s notice; and Namibia is streaking ahead... →

By: Martin Creamer     3rd June 2022 The Johannesburg Stock Exchange this week helped the economy by cutting red tape and facilitating private capital raising. Sedibelo Platinum this week announced its commitment to green hydrogen as part of cleaning up of platinum. →

By: Martin Creamer     27th May 2022 South Africa has stepped up to the plate with a world-first hydrogen electrolyser at a time of soaring global demand; A massive breakthrough has resulted in hydrogen being given an oil-like skin that allows it to use existing global infrastructure. →

By: Martin Creamer     20th May 2022 A very promising new platinum operation emerged this week with the first tons being produced by the K4 shaft in Marikana; More than R250-million was raised this week by a company that is going to explore for platinum group metals on the eastern limb of the PGM-rich Bushveld Complex; and the CSIR... →

By: Martin Creamer     13th May 2022 South Africa’s first hydrogen corridor now under development will generate a minimum of 14 000 jobs a year, the Mining Indaba heard this week; President Ramaphosa this week expressed huge delight on being able to drive in the massive world-first hydrogen dump truck, built from scratch right here... →

By: Creamer Media Reporter      29th April 2022 A new South African diamond mine is expected to be developed in Limpopo province; Wimbledon has opted for platinum to mark the Queen’s jubilee and the centenary its centre court; Greater hydrogen fuel cell adoption is poised boost for South Africa’s platinum group metals sector. →

By: Martin Creamer     22nd April 2022 South Africa is positioning itself as a favoured iron-ore supplier for ‘green’ steel production; The hydrogen economy has the potential to be 25 times bigger that our iron-ore industry, Minerals Council South Africa has reported. →

By: Martin Creamer     16th April 2022 South Africa’s National Society of Black Engineers this week called on the government to enable the development of a local hydrogen economy. →

By: Martin Creamer     8th April 2022 South Africa’s biggest mining company is taking steps to provide electricity to communities in the form of green hydrogen and South Africa biggest Indian investor is ploughing another R7-billion into an expanding zinc mine in the Northern Cape. →

By: Martin Creamer     25th March 2022 South Africa’s biggest electricity users are going green and clean in a multi-faceted, all-inclusive manner; National Assembly Speaker Nosiviwe Mapisa-Nqakula did very well this week to urge the Parliaments of the World to act swiftly to reduce climate change, the planet’s biggest threat; and the... →

By: Martin Creamer     18th March 2022 Countries the world over can now achieve energy freedom – and South Africans should seize its energy sovereignty opportunity with both hands; Private companies have announced so many electricity projects that the equivalent of a Koeberg power station is achieved when you put all the projects... → 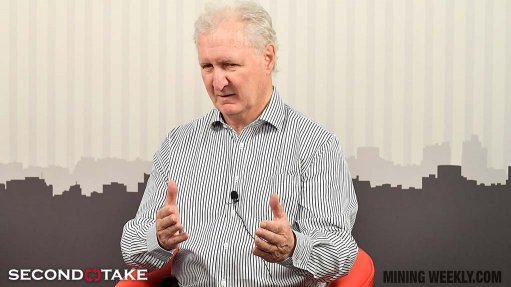 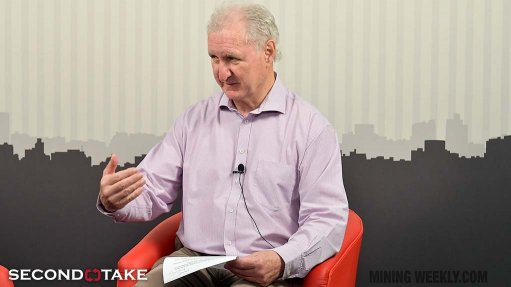