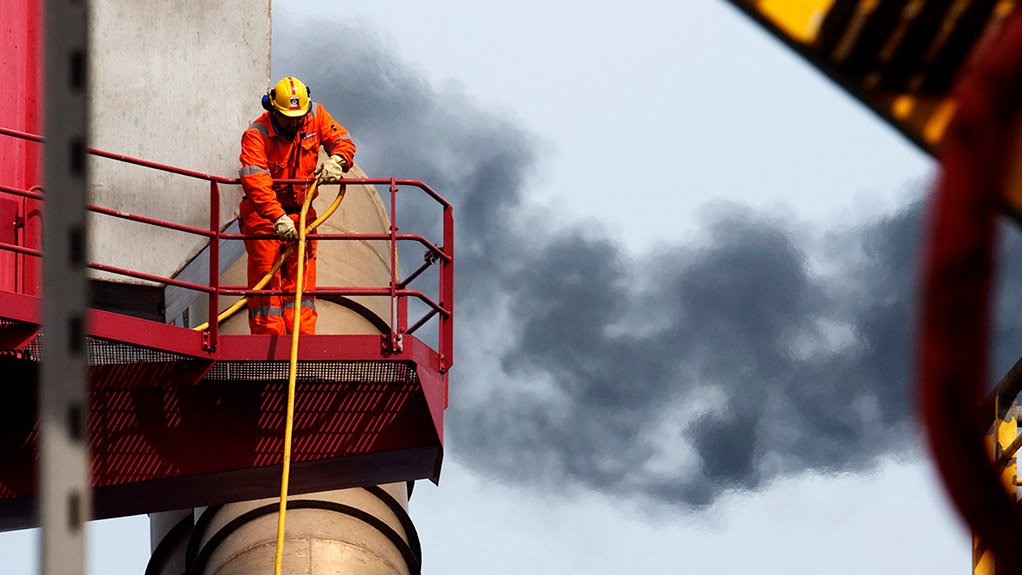 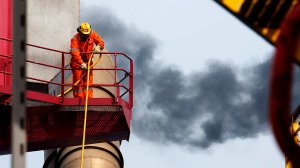 “The coal-to-liquids (CTL) industry is particularly suitable for CCS, as the high concentration CO2 released during the CTL process can be captured and stored instead of being released into the atmosphere.”

He explains that coal combustion flue gas contains about 15% CO2, with the remainder of the flue gas comprising mainly of nitrogen. CCS involves isolating the CO2 in the flue gas without capturing other gases present, such as nitrogen, thereby decreasing cost, as unnecessary gases are also not stored.

“On the other hand, the synfuel industry also releases 98% CO2 – in other words, the capture part is mostly done, thereby lowering the cost when compared with, for example, the electricity generation industry.

The CO2 is then compressed and transported to a suitable storage site, usually through a pipeline, after which it is injected into a suitable and safe deep geological formation,” he says, adding that the most suitable formations are depleted oil or gasfields, as they have a track record of holding gas.

“The geological formation is usually 1 km or deeper, so that there is a disconnect between the CO2 storage and other surface contents, such as water,” explains Surridge, adding that a typical CO2 storage formation is porous and permeable sandstone overlaid by an impermeable layer such as a shale.

He says there are four main requirements to ensure permanent CO2 storage underground – there should be a cap rock to hold the CO2 in place and a capillary action of the super-high-density CO2, as well as a dissolving of the CO2 in a deep saline formation and a slow reaction with the surrounding rock to form a solid carbonate.

“A CO2 geological storage site is not a ‘cavern’ but a ‘sponge’. There are a number of CCS projects worldwide, and there has never been a CO2 leak,” states Surridge.

Without efforts to manage the emissions, producing and using coal-derived liquids could roughly double the rate at which CO2 is released into the atmosphere, he concludes.