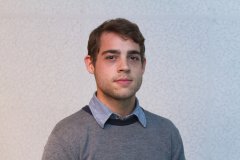 Sebastian Whyle is a Creamer Media Writer for Engineering News and Mining Weekly.

23rd September 2016 China is currently the biggest producer and consumer of aluminium in the world and has expanded its aluminium industry considerably over the past 11 years, says metals trading company Metal and Tool Trade (MTT) board chairperson Volker Schütte.  →

2nd September 2016 Owing to the South African economy being under pressure, theft-related incidents are increasing. This is driving demand for technology that mitigates these risks, with the number of fleet management systems active in South Africa expected to increase from 0.9-million units at the end of 2015 to... →

Electric propulsion the future of aircraft

26th August 2016 As battery systems improve, there is a shift towards electrically powered aircraft, which is causing a rapid change in propulsion systems in the aerospace industry, says South African aircraft manufacturer The Airplane Factory (TAF) director and shareholder Mike Blyth.  →

19th August 2016 The South African food and beverage, and pharmaceutical sectors require measurement technology that offers precision and reliability while complying with local hygiene regulations. There is, hence, greater demand for accuracy in measurement instrumentation in these sectors, says Germany-based... →