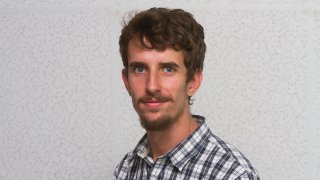 Dylan Stewart is a Creamer Media Writer for Engineering News and Mining Weekly.

22nd January 2016 To bolster the presence of North Africa at this year’s Investing in African Mining Indaba, multilateral development finance institution the African Development Bank (AfDB) has collaborated with the organiser to invite as many mining Ministers as possible from the region. Attendance of delegates... →

22nd January 2016 Online auctioneer Clear Asset will launch its daily marketplace through which customers can buy and sell equipment at any time, at the 2016 Investing in African Mining Indaba, in Cape Town, next month. →

22nd January 2016 The more than 5 500 delegates expected at this year’s Investing in African Mining Indaba can expect a more robust investor programme and a wider, but more thematic approach to the conference agenda, which will especially address the growing interest in infrastructure investments to support new... →

Company optimistic about rebranding despite downturn

22nd January 2016 Multidisciplinary engineering and technology provider thyssenkrupp, formerly ThyssenKrupp, will showcase its new branding at this year’s Investing in African Mining Indaba as it tackles the scarcity of new projects in the mining sector.  →

22nd January 2016 Mining executives and investors have shown increased interest in gold streaming and royalty company Sandstorm Gold’s investment strategy in the current capital-challenged environment where there is extreme scarcity of equity and debt capital. →

22nd January 2016 Ministers from 16 African nations will outline their countries’ reserves, their case for investment in the short and long term and initiatives that will safeguard stakeholders at this year’s Investing in African Mining Indaba, in Cape Town. →

Clients are the focus of accommodation solutions provider

22nd January 2016 Modular accommodation solutions provider Kwikspace will use the 2016 Investing in African Mining Indaba to network with clients and discuss new product ranges that the company will launch this year. →

Expert to unpack China, India impact on mining in Africa

22nd January 2016 The impact of slowed demand from China and growing demand in India for African commodities will be highlighted during a presentation at the 2016 Investing in African Mining Indaba by the Robert H Smith School of Business Michael Dingman chair in strategy and globalisation Dr Anil Gupta. China and... →

Giving the mining investor a chance

22nd January 2016 Attendees of a technical workshop, facilitated by mining consulting firm The MSA Group at the start of the 2016 Investing in African Mining Indaba, will gain insight into the value proposition of each stage of the mining process, enabling investors to make the best informed decisions, says MSA... →