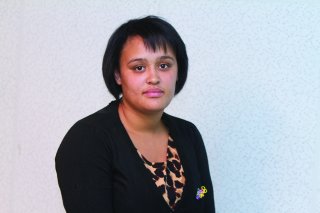 Sascha Solomons is a Creamer Media Reporter for Engineering News and Mining Weekly.

24th February 2017 Now is the right time to focus on supplying a high-quality offering while remaining relatively competitive, says South African Refrigeration and Air Conditioning Contractors' Association (Saracca) director Barney Richardson. He highlights that it is not worth the profit, if anything, to work on... →

24th February 2017 Heating, ventilation and air-conditioning (HVAC) contracting company 52 Engineering has completed the installation of a cooling system at tyre manufacturing company Bridgestone, in Brits, in the North West. →

24th February 2017 Following the launch of its Movitrac LTP B HVAC, or heating ventilation and air-conditioning, variable-speed drives (VSDs) last year, automation manufacturer SEW-Eurodrive says the demand from the HVAC industry has been high. →

10th February 2017 South Africa accounts for about 96% of all known global reserves of platinum-group metals (PGMs); therefore, stability and sustainability in its mining sector are essential for the platinum industry, says law firm Hogan Lovells partner and mining head Warren Beech. “The mining industry in general... →

3rd February 2017 While stakeholders are waiting for the Mineral and Petroleum Resources Development Act (MPRDA) Amendment Bill to pass into law, it is important to not only comply with the current version of the MPRDA, but also to take into account the proposed amendments, comments Hogan Lovells partner and head... →

3rd February 2017 Much controversy surrounds the April 2016 publication of the draft reviewed Mining Charter, but law firm Werksmans Attorneys reminds concerned stakeholders that it is still “merely in draft form”. Extensive comments were furnished from various industry stakeholders after the publication of the... →

27th January 2017 Global electronics company Omron says the Omron KP100L photovoltaic (PV) inverter has the unique distinction of being the only potential induced degradation (PID) preventive inverter on the market. “The importance of this has been recognised in recent years, owing to the introduction of increased... →