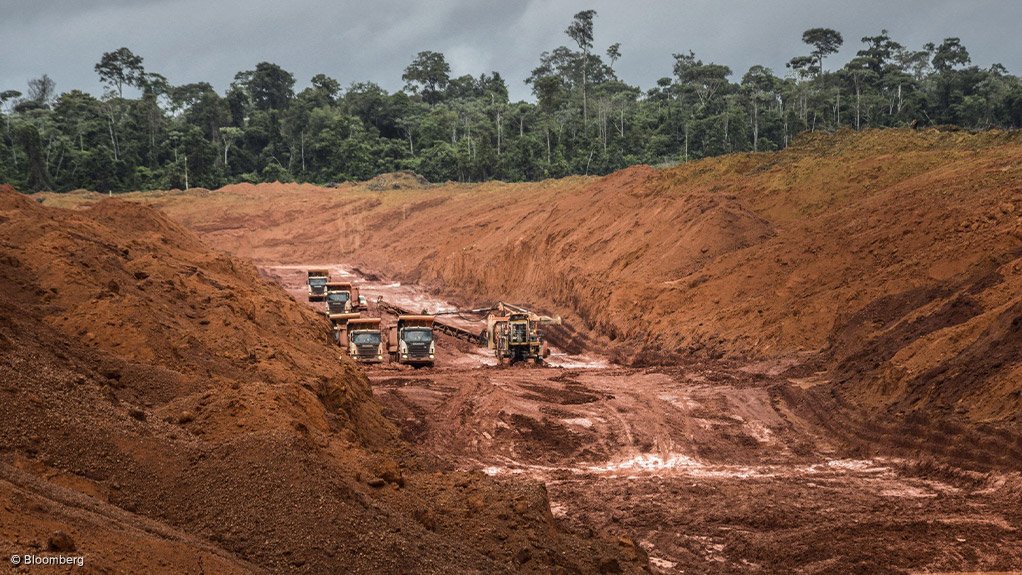 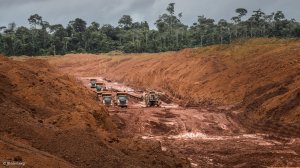 The Black Cube operation, made public in a court filing Thursday and described by people familiar with it, represents the latest escalation in a bitter fight between Vale and mining billionaire Beny Steinmetz.

What started in Guinea as a partnership in one of the world’s richest mineral deposits has devolved into a globe-spanning dispute that sheds light on how fortunes can be made and lost in the world of African mining.

As surging Chinese demand for raw materials spurred a race for assets in Africa, Steinmetz acquired the rights to an iron-ore project known as Simandou in 2008. Vale bought a 51% stake about a year later. Then a new president in Guinea seized the asset back after a corruption probe -- and Vale is pursuing Steinmetz for compensation.

While Steinmetz has always denied wrongdoing, he says in the filing that Vale suspected all along that his original acquisition of the assets could have been problematic. Vale has said in court documents it didn’t know.

Steinmetz says the sting operation -- detailed in court filings that include a declaration from one of Black Cube’s founders and transcripts of conversations with former Vale executives -- showed the Brazilian company was suspicious before it signed the deal. That undermines Vale’s claim to compensation, he argues.

A spokesman for Vale, which was awarded $2-billion in a London arbitration last year that it is still trying to collect, declined to comment.

“This report just confirmed what we were saying from day one. Vale knew everything, there was no surprise for them. Now we have the full proof of that. I was happy to see that, because until now we were fighting and no one believed us,” Steinmetz said in an interview with Bloomberg News this week.

For almost a decade, Steinmetz has faced legal challenges and probes over how he obtained the rights to the deposit in Guinea. The Guinean government withdrew charges of corruption against him after a seven-year dispute. He denies any wrongdoing.

Last year the London Court of International Arbitration found that Steinmetz’s BSG Resources made fraudulent representations to Vale when it sold the mine stake. Steinmetz’s appeal was thrown out.

The court ordered BSGR to pay the Brazilian company $2-billion for its losses in the joint venture. To collect the cash it is owed under that order, Vale has sought to freeze Steinmetz’s assets and is asking a U.S. judge to help it secure evidence about investments he and others allegedly made in New York real estate.

‘NOSE CLOSED’
In a conversation with Black Cube’s undercover operatives -- according to a transcript filed with the court documents -- former Vale executive Jose Carlos Martins said he’d had suspicions about the deal. While he recommended Vale go ahead with the purchase, “I’m proposing it with my nose closed because I smell something wrong,” he said, according to the transcript.

In the transcript, Martins compared the deal to a beautiful woman with a sexually-transmitted disease.

“You bring her to your hotel room, she’s naked, marvelous, and then she says: ‘A little problem, maybe I am with AIDS’, okay? It’s a problem.”

Black Cube, which says on its website it hires veterans of the Israeli intelligence community, had a team of more than 20 agents working on the investigation, according to people familiar with the situation. It specialises in targeting human sources for information, often in cases where little or no documentary evidence can be found.

The company mapped out all those it believed could have information on the case and built psychological models of its targets, before deciding on the best cover stories and approaches, the people said. The operative who spoke to Martins presented himself as a partner in an investment consultancy, and all recordings were legal, Black Cube says in the court papers.

‘DON’T TELL ME’
Martins told the Vale board about entering the deal “closing our eyes,” he said to the operative, according to the transcript. “One of the board members said, ‘Don’t tell me, I don’t want to know at all.’”

At the beginning of the last decade, Simandou was seen as one of the most strategically important assets in the mining world. Its development was a threat to the three dominant iron ore miners, Vale, BHP Group and Rio Tinto Group, at a time of insatiable Chinese demand for the steelmaking ingredient. It was in that context that Vale wanted the asset.

“Everybody knows that there was something wrong,” Martins told the undercover agent, according to the filing. “Myself, the CEO. But it was so important not to let this buying to get the competition hands.”

Black Cube also targeted another former Vale executive, Alex Monteiro. According to the transcript, he told operatives: “All the diligence we did was fine, but still, there was that smell of something that could have been done wrongly.” When approached for comment by Bloomberg on Thursday, Monteiro said the due diligence didn’t produce any concerns.

“Based on an in-depth due diligence we did, there was no bad smell,” he said by email.

DYING PRESIDENT
Steinmetz, 64, has a long history in difficult environments across the globe after having been originally sent out by his family to secure supplies of rough diamonds. He developed a diamond mine in Sierra Leone before setting his sights on Simandou in neighboring Guinea.

Ailing President Lansana Conte stripped Rio Tinto of its rights to half of the asset, which the Anglo-Australian miner hadn’t developed in a decade of control. The rights lost by Rio were transferred to Steinmetz weeks before the president died in 2008. Then BSGR sold half the asset to Vale.

After Alpha Conde was elected in 2010, he announced a review and clean-up of the mining industry, Guinea’s main source of income. Billionaire George Soros and former UK Prime Minister Tony Blair advised on and funded Conde’s initiative. A dossier of alleged corruption became the basis for BSGR’s loss of rights. BSGR denied it paid any bribes.

In 2014, a Frenchman with ties to Steinmetz and BSG Resources was sentenced to two years in prison for interfering with a US probe of bribery in connection with mining rights in Simandou. Steinmetz is also facing corruption charges in Switzerland over the mining asset, which he denies.