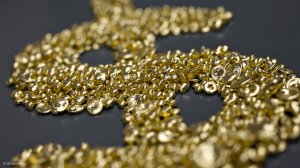 The World Gold Council (WGC) highlights in its latest outlook for gold that the precious metal may well face similar dynamics to those of last year as competing forces both support and curtail its performance.

The gold price will likely react to tightened monetary policy this year, as a result of global banks trying to control inflation. Yet, while rate hikes can create headwinds for gold, history shows their effect may be limited, the council reports.

Simultaneously, elevated inflation and market pullbacks can likely sustain demand for gold as a hedge.

This while long-term support for gold will come from continued central bank demand and jewellery markets.

In the meantime, the WGC says that, although the gold price rallied into the year-end on the heels of the rapidly spreading Omicron variant of Covid-19, ending the year at $1 806/oz, only 4% lower than at the end of 2020, it was not enough to offset the weakness experienced in the first half of 2021.

The first half of 2021 saw investor optimism over vaccine rollouts resulting in reduced portfolio hedges and gold outflows from exchange-traded funds.

The rest of the year was a tug of war between uncertainty about new Covid-19 variants, increasing risks of persistently high inflation and a rebound in gold consumer demand, against interest rates and a stronger dollar pushing gold demand down.

This year is poised to see a hawkish stance from the US Federal Reserve, with it aiming to reduce the size of its balance through tightened monetary policy. On the other hand, the European Central Bank has indicated it is unlikely that interest rates will rise in 2022, despite recent record inflation prints.

The Reserve Bank of India has also signalled its intention to maintain its accommodative monetary policy stance to revive economic recovery.

The views remain mixed over whether inflation will linger and the WGC explains that central banks initially played down inflation concerns, and while some have acknowledged upside risks, there is an underlying expectation that inflation will dissipate.

“Investors seem to be less sure. While the vast majority expect inflation to remain high, many still believe it will cool down. Gold historically performed well amid high inflation,” the WGC notes.

The council adds that, despite potential rate hikes by some central banks, nominal rates will remain low from a historical perspective. Even more so, elevated inflation will likely keep real rates depressed. This is important for gold, since its short- and medium-term performance tends to respond to real rates.

“It has been two years since the start of the pandemic and the world seems ready to move on. Global stock markets have strongly rebounded from their 2020 lows, albeit at different rates. But ‘tail events’ have also been on the rise.

“Pullbacks are likely to continue in the face of the seemingly endless stream of new Covid variants, as well as simmering geopolitical tensions and overall buoyant equity valuations fuelled by a long-lasting ultra-low rate environment,” the WGC says.

The council adds that, in this context, gold can be a valuable risk management tool in an investor’s arsenal. Gold has a proven record of mitigating the negative impact of equity market pullbacks in periods of systemic risk.

The WGC summarises its outlook by stating that gold can still receive positive support in 2022 from key jewellery markets such as India and central banks will remain an important source of demand.

“[But] gold’s performance in 2022 will, ultimately, be determined by which factors tip the scale.”