Biogas power generation has huge potential for postmining land use 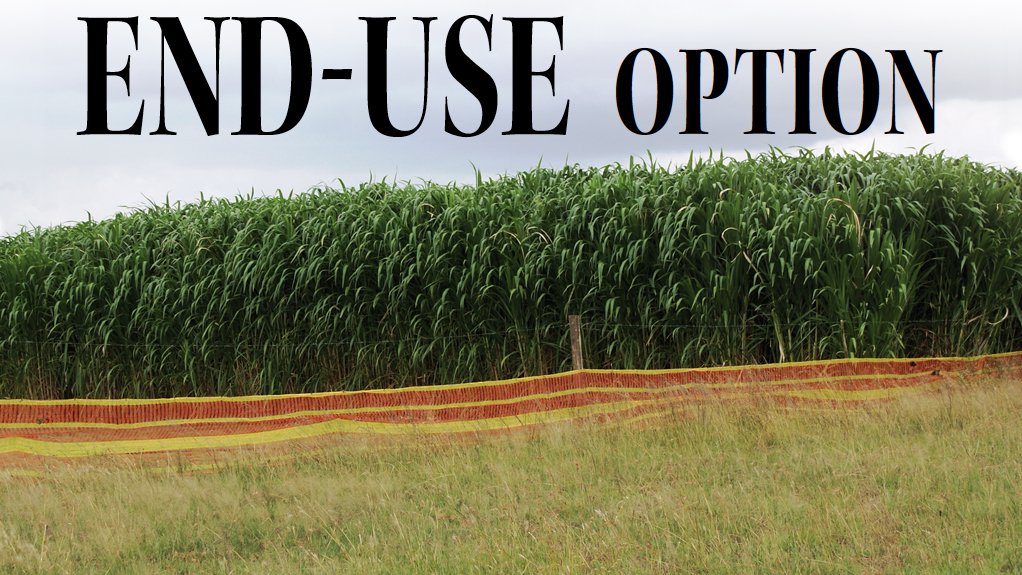 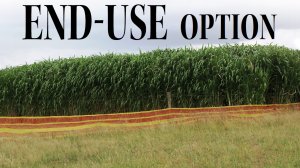 Global climate change and the need for sustainable land rehabilitation in the mining industry are prompting mining companies to reassess their approach to postmining land use to ensure that they leave a positive legacy, notes carbon advisory firm Promethium Carbon director Robbie Louw.

The importance of end land use and mine closure planning in South Africa has become increasingly important through substantial regulation and legislation requiring mining land to be left in an improved state.

While this legislation has resulted in benefits, such as the protection of groundwater and ecosystems, it has also imposed stringent requirements for postmining land use, says Louw.

“Land that has been subject to mining activities can often not be used in the short term for one of its most important functions – agriculture – as it is known to have low soil fertility and is often contaminated by acid mine drainage. This means that mining companies are typically restricted to rehabilitating their land to grasslands or vegetated landscapes with little beneficial use,” he explains.

Despite this challenge, some mining companies are using innovative approaches that simultaneously combine renewable energy with biogas and land rehabilitation.

Carbon adviser at Promethium Carbon Katie Ross acknowledges the challenge, but believes that there is significant potential to develop alternative postmining land uses in the mining sector.

“Mining companies can consider several postmine land uses, such as the creation of carbon sinks and transforming rehabilitated mine land into energy crop plantations for a renewable biogas production system to supply other industries,” she says.

Time to Change
Energy is becoming an increasingly expensive resource; carbon emissions are becoming constrained and companies are realising that time and money need to be invested in more radical abatement efforts.

These efforts are, however, challenged by the need to meet several other objectives, such as the supply of low-cost energy and reduced mine closure liabilities, says Ross. She points out, however, that initiatives, such as renewable- energy generation from methane and process waste streams, are excellent ways of meeting these objectives.

With carbon tax set to be implemented in South Africa from 2016, carbon abatement projects will have additional incentives beyond cost savings. Ross notes that carbon tax, coupled with an 8% electricity tariff increase in the country over the next five years, means that carbon and energy savings are not only environmental considerations but also business imperatives.

Energy company Uhuru Energy managing and technical director David Sonnenberg, who is also a proponent for biogas generation in the mining industry, believes that three aspects of biogas projects make them a viable end land use option in Africa.

Firstly, biogas projects are typically large-scale, which makes them more viable as the biomass-to-energy ratio is lowered.

Secondly, the industry needs a viable technology that can be adapted to conditions in Africa. The use of locally manufactured materials is also vital in lowering costs. For example, a spatially efficient plant lowers basic capital and costs.

Challenges
Sonnenberg believes that investment in the biogas sector is being deterred by a lack of incentive schemes that will make establishing such projects more affordable. Until recently, only nongovernmental organisations, European governments and climate mitigation agencies provided support for biogas in South Africa.

There is also an overriding fear of using food crops for biogas production in South Africa, he says, which Sonnenberg attributes to a lack of understanding and awareness among the general public, which hinders opportunities in and the development of the sector.

This also includes a lack of support from rural communities to supply this energy.

Meanwhile, Ray Lombard, business development director of Clarke Energy, a distributor and service provider for US industrial group General Electric Power & Water, attributes the highly technical nature of biogas production to South Africa and Africa’s lack of interest in it. Nevertheless, Lombard says South Africa is attracting international specialists in biogas production, which means there is hope for the future.

Another significant challenge is the lack of spark spread in the country inhibiting the viability of establishing biogas projects. However, Lombard notes that the higher the electricity price, the larger the spark spread will become and the more viable biogas production will become.
He notes that South Africa lacks the necessary transmission and distribution infrastructure to help put electricity back on State-owned power utility Eskom’s national grid, which may not bode well for alternative industries wanting to put electricity back onto the grid.

Biogas Opportunities
Biogas development can be used at mines for baseload electrical power as a fuel for vehicles and haul trucks, and as energy for the on-site beneficiation of minerals.

Besides creating sustainable local jobs, biogas development can also promote skills development and provide an opportunity for mining companies to develop local communities as part of its corporate social initiatives.

Sonnenberg believes South Africa has significant biogas potential, owing to the many square kilometres of unused marginal and mining land, and the high unemployment in rural areas.

He says damaged land can not only be rehabilitated but can also become income-generating assets for local communities, in addition to suppressing dust and reducing the land’s carbon footprint when used for biogas development.
Lombard adds that, while there is currently not enough support in Africa to make large-scale biogas production a reality, he believes that smaller-scale biogas production plants can be established at the wastewater treatment works, mines or manufacturing facilities of several African countries, in remote locations as well as in urban areas.

The first pertains to the creation of carbon sinks on mining-affected land, as the proper restoration of former mined land could capture large quantities of atmospheric carbon dioxide.

Instead of following standard rehabilitation practices, such as grassing, Harmony plants species – such as sweet sorghum, sugar beet and giant king grass – which are known for their high carbon sequestration potential.

Briggs says Harmony is finalising a plan to establish a carbon sink on the tailings. “Should the regulator accept this as a viable rehabilitation strategy, a vast amount of our landholding will be available for carbon sequestration.”

“In future, we might also use our sequestration projects to generate carbon credits, which could be used to offset South Africa’s proposed carbon tax,” he adds.

The second element of Harmony’s rehabilitation strategy is to plant energy crops on mine-impacted land that has zero economic value.

Once harvested, these crops will be converted into renewable energy, in the form of biogas, through an anaerobic digestion process. The biogas will be used to replace fossil fuels in Harmony’s metallurgical plants.

The implementation of the first phase of this R47-million bioenergy project, which was launched in September, can replace 71 000 GJ of fossil fuel, securing 11 permanent jobs.

The first phase, which is earthworks, is in the implementation stage and involves rehabilitating the surface of the land. This will be followed by soil conditioning for crop cultivation and the growth of the different crops, refurbishment of the plant equipment and installation of the anaerobic digester.

Once the plant is fully operational and the concept has been proven, Harmony will ramp up the plant to 185 000 GJ, at a cost of about R140-million, over an 18-month period. This phase could create about 200 direct and indirect jobs.

Harmony is planting energy crops on 100 ha of mine-impacted land, in the Free State, for the proof-of-concept project and an additional 250 ha for the ramp up of the plant.

Future Biogas Opportunities
Uhuru Energy is undertaking a feasibility study and hopes to start producing liquefied biogas (LBG) as an alternative cofuel to diesel on a 60:40 LBG/diesel ratio at the first mining site in South Africa by the end of 2015. This project aims to reduce the miner’s fuel costs by 30% and to substantially lower its carbon emissions.

The company is also undertaking feasibility studies and working with catalyst companies to manufacture small-scale catalyst systems to turn biogas to biomethanol and biohydrogen for use in fuel cells in rural areas.

To achieve these objectives, Sonnenberg believes it will take only 250 ha to replace ten-million litres of diesel a year, or 1 500 ha to create 60 MW of baseload electricity.