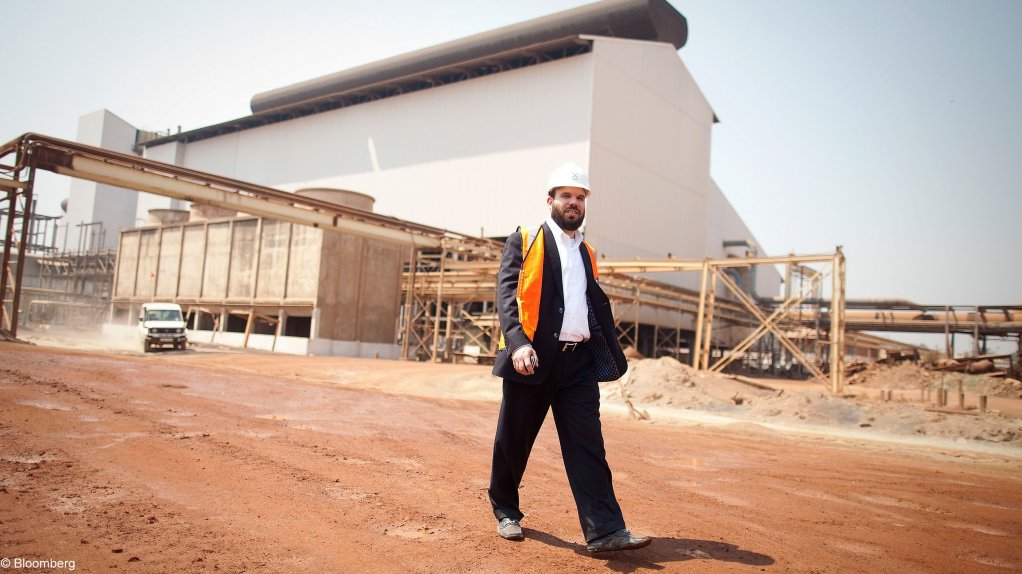 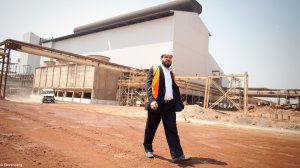 A company controlled by Israeli billionaire Dan Gertler, who is under US sanctions for alleged corruption, bought rights from the Democratic Republic of Congo’s State mining company to royalties from one of the world’s largest cobalt projects.

While the contract was published by the mining company Gecamines in October, it was signed in June 2017 -- six months before the US government blacklisted the businessman for “opaque and corrupt mining and oil deals” in Congo. Gertler has never been charged with a crime and denies any wrongdoing, and he’s hired a number of lawyers in the US to fight the sanctions.

The previously unreported royalty stream relates to Eurasian Resources Group’s Metalkol project and means Gertler’s companies are entitled to a share of revenue from three of the biggest cobalt mines globally. The 2017 contract adds to similar deals that Gertler companies previously struck with Gecamines at Glencore’s two giant projects in the central African country.

A byproduct of copper mining, cobalt is an essential ingredient in the lithium ion batteries that power electric vehicles and almost three-quarters of the metal is sourced from Congo. Demand for the mineral is forecast to surge in coming years, driven by the shift toward more environmentally friendly transportation.

GLOBAL OUTPUT
At full capacity, the three mines obliged to pay royalties to Gertler companies could produce more than 70 000 t/y of cobalt -- that’s about half of total global output in 2019.

Under the terms of the 2017 deal, Gertler’s Multree paid Gecamines $55-million to purchase a revenue stream that is worth 2.5% of Metalkol’s net turnover. Metalkol, which uses modern technology to reprocess a massive pile of mining waste, known as tailings, started producing copper and cobalt in late 2018.

A spokesman for Gertler said that, in acquiring the royalties, Multree also inherited a $28 million debt owed by Gecamines to Metalkol, which was accrued when the ERG unit advanced royalty payments to the state miner in 2015 and 2016. Multree is not due to receive its first payment until next year, once Meltalkol has offset that debt by withholding royalties, the spokesman said. The mine produced 51 000 metric tons of copper and 6 700 t of cobalt last year, according to data published by Congo’s government and ERG.

CONTRACT TRANSPARENCY
Congolese law requires the publication of all mining-related contracts within 60 days of execution. Gecamines didn’t respond to questions about why it didn’t disclose the agreement with Multree for more than three years or why it didn’t reveal that Gertler’s company took over part of its debt to Metalkol.

The revenue stream was valued “in line with industry standards” and all royalties received by Multree will be subject to a 30% tax rate until their expected expiration in 2030, Gertler’s spokesman said. Multree predicts it will see a return on investment by 2026 “assuming there are no operational or other issues in the interim,” he said. A spokeswoman for ERG confirmed Metalkol hasn’t yet made any royalty payments to Multree.

Gertler said in a statement on Monday he would share the Metalkol royalties with Congo’s population through an initiative that will start before the end of the year. Without providing details, he said “each Congolese will be a partner with us and will be paid for each ton that will be exported.”

COPPER RECORD
The use of cobalt in electric-vehicle batteries is expected to quadruple between 2019 and 2025, according to ERG’s most recent sustainability report. Metalkol “will make us a major player in the global cobalt market,” it said.

Copper for three-month delivery traded at its highest price in more than two years last week, reaching $7 054/t on the London Metal Exchange. Cobalt traded at $32,835 a ton.

Glencore halted royalties to Gertler companies from its Mutanda and Kamoto copper-cobalt mines in response to the US sanctions, but resumed payments in euros in mid-2018 to resolve a lawsuit filed by the businessman. Gertler also sued Gecamines last year after lawyers for the state-owned miner advised it not to repay a 128-million-euro loan owed to one of his companies because of the sanctions, Gecamines said in December.

An ERG spokeswoman did not clarify how the company would pay Multree in the future. “It is ERG’s policy to conduct its business activities in strict compliance with all applicable sanctions laws and regulations,” she said.