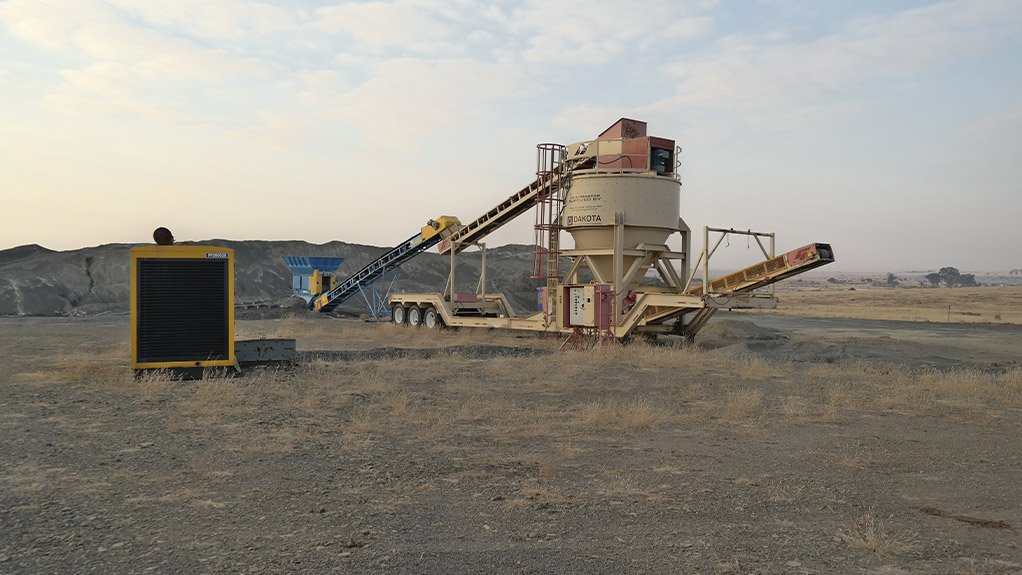 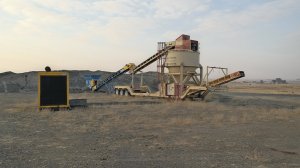 Pressure on the quarrying industry and mining sector to reduce water consumption is at an all-time high, resulting in quarries increasingly moving away from wet classification technology towards dry classification technology, such as the Fisher Air Separator (FAS), according to mining and quarry equipment supplier Dakota Equipment, the official Africa agent for aggregate manufacturing and production company Fisher Industries USA.

The FAS is a field proven machine classed as a rotary type of air classifier, which facilitates the removal of excess super fines from abrasive and nonabrasive aggregate applications such as crushed material, manufactured sand and natural sand.

Whether it be for concrete, asphalt, iron-ore or diamond-bearing material, the air classifier uses air to separate super fines based on size and form for product classification purposes.

“The FAS has been successful in removing unwanted fines for asphalt and ready-mix concrete without the use of water,” says Dakota Equipment CEO Howard Behrmann.

The biggest cost-saving benefit of removing fines using dry classification is not having to spend capital on maintaining slime dams because the air separator eliminates the need for a wash plant, he adds.

Using the air separator is also profitable because the dry fines can be a saleable product. Depending on the material, the fines can be used in a variety of operations – most frequently in paving mix and for quarry rehabilitation, as well as being sold to brick manufacturers.

Further, the fewer fines left in the sand product that is supplied to concrete producers by crushing operations, the greater the strength of concrete. Removing fines is also more cost effective as less water, cement mix and specific additives need to be added, Behrmann points out.

This waterless classification process using FAS, manufactured by Fisher Industries in Dickinson, North Dakota, in the US, is being used by local quarry companies such as Independent Quarries, Afrimat, Lafarge, Raubex, B & E International, OMV Crushers.

“Most units are static, however, the FAS units at B & E International and Independent Quarries are portable units,” he highlights.

Behrmann explains that, by accelerating the air inside a chamber and adding materials, such as fly ash, sand or other minerals, one can use the counteracting forces of gravitational and/or centrifugal forces versus the dragging force of the air to create a separation of particles through their combined shape, weight and density.

The FAS uses a centrifugal-crossflow separation zone with an internal aerodynamic cycle – usually, an air vortex in the centre of a chamber that separates the coarser and finer particles. The centrifugal force drags the coarsest particles out to the chamber walls and down, while the finer articles are forced to the middle of the chamber and up, together with the air.

Further, the main advantage of the FAS being a dynamic rotary air classifier is that it has no need for a separate fan and filter assembly, which lowers the investment cost and reduces the machine assembly footprint, making the system easier to transport in a mobile configuration.

The FAS does not use an external air unit; it creates its own air that remains inside the unit, eliminating the need for a baghouse. There are also minimal moving parts, resulting in minimal wear.

“The only disadvantage of the FAS is that the materials’ moisture content can effect separation efficiency, which can be overcome with correct management,” adds Behrmann.

“The quarry industry is feeling the effects of Covid-19; it is down at the moment, as it is for a lot of industries in South Africa. Once more infrastructure work is awarded, I believe that – like a domino effect – it should start up the economy and stimulate business in the quarrying industry again.”