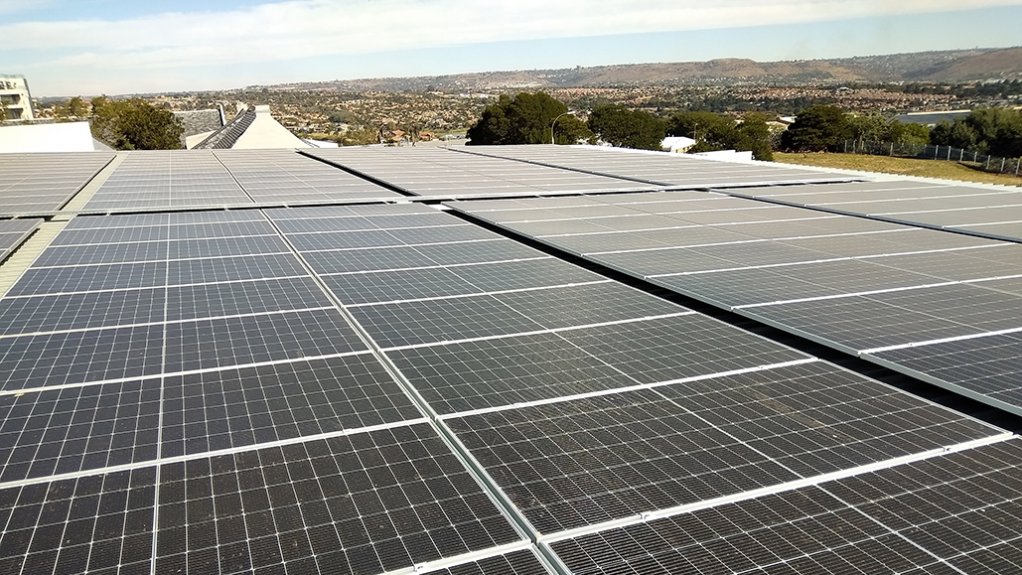 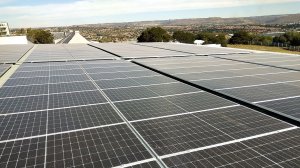 SUNNY SOLUTIONS Now about 30% of the electricity load is generated from solar energy for a retail developer on the West Rand, generated from these photovoltaic panels

The integrated energy solution was constructed because the client faced a shortage of electrical supply from City Power. The storage and control portion of the project was first switched on in mid-June last year to allow for integration and testing while solar installation continued. Testing and commissioning were completed in September last year.

Thecapital cost of the project was about R14-million.

The development was supplied with a 500 kVA transformer from the municipal distribution electricity supply; however, its needs exceeded this capacity, owing to its occupying 15 000 m2 of land.

As a result, Solareff assisted the client in constructing a significantly larger development than what would have been possible if it had to rely on the available municipal distribution supply.

About 30% of the electricity load is generated from solar energy. The solar generation leads to daily savings, not just when running diesel.

“The single and largest constraint to this percentage not being higher was the available roof space. “Should the PV capacity be increased, the energy storage system can increase the solar penetration by storing excess generation for later use. All available roof space was used to ensure maximum solar energy generation,” says Solareff COO De Villiers Botha.

Using diesel generators is regarded as an absolute last resort, and even when used, they are supplemented by as much PV capacity as possible to reduce diesel consumption. This is designed as an alternative, and generator running time is limited to extreme situations only, he adds.

Through simulation, the required stored energy was calculated to be 600 kWh to account for the majority of scenarios envisioned. A combination of AC and DC coupling was used to ensure good efficiency, not only for daytime loads but also battery charging, Solareff energy storage lead Johan Wolmaran enthuses.

Further, the Solareff EMS – which Botha describes as “the largest innovative addition” to the project – was developed to manage and control the complex interaction between multiple energy sources on site.

“In this particular case, the primary goal was to ensure that the utility load was managed and kept within bounds. The utility load is constantly monitored, along with the immediate PV production from the installed solar system. “Should the utility load reach the limits of capacity, stored energy from the battery will be released for as long as necessary.”

A touchscreen interface is provided on site to monitor the system performance and allow for the adjustment of any settings by personnel on site.

Meanwhile, PV solar systems have been shown – through competitive bidding in the Renewable Energy Independent Power Producer Procurement Programme commercial and industrial projects across South Africa – to be the cheapest source of electricity, says Botha.

He argues that, unlike wind power, the systems can also be scaled from micro systems at individual residential scale to large-scale utility projects, and that South Africa has, on average, the best solar resource of any country and PV could be effectively installed anywhere in the country.

The only risk is the variability of sunshine, which can be mitigated, or rather totally overcome, by the effective integration of energy storage systems and other forms of peaking generation, he adds.

Weighing up these projects’ levelised cost of energy often returns a positive result where grid parity is achieved for these projects. In addition to energy security, PV systems also prove to be the most cost-effective solution, Botha concludes.