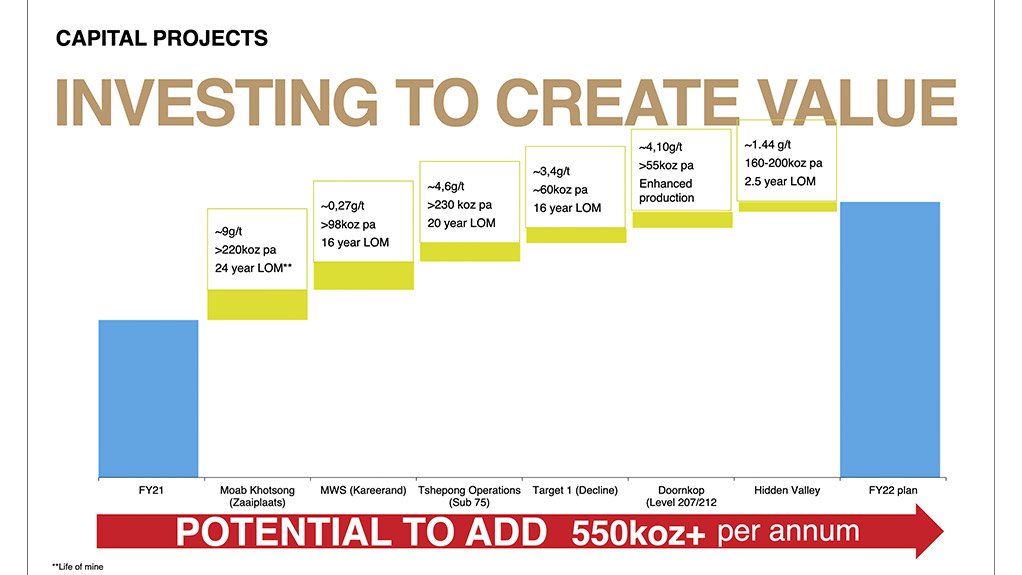 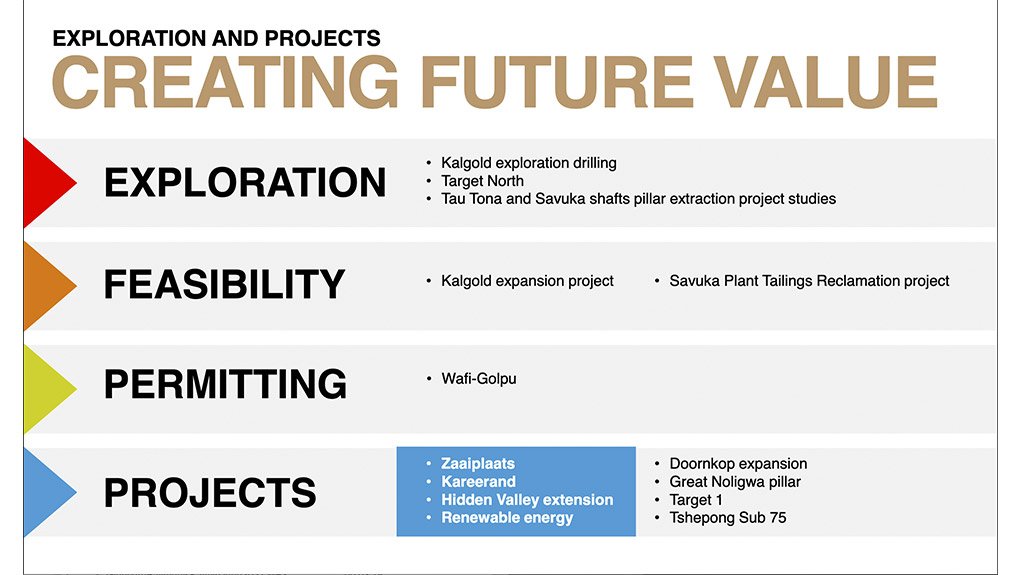 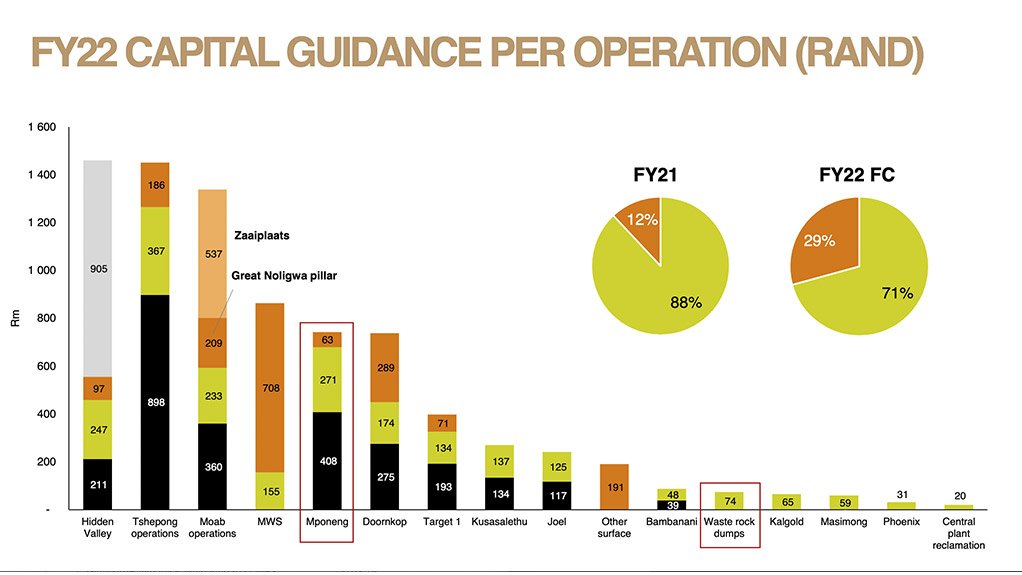 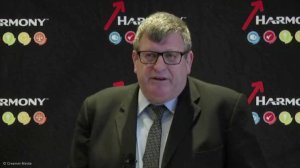 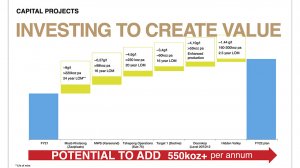 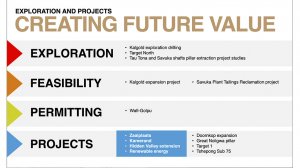 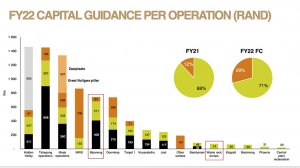 JOHANNESBURG (miningweekly.com) – Gold mining company Harmony Gold is going ahead with its high-grade Zaaiplaats gold project at a capital cost of R4.5-billion.

Zaaiplaats is one of three Harmony projects that, with three others already under way, will collectively add 550 000 oz of gold a year to the Johannesburg- and New York-listed company, which produced a total of 1.54-million ounces of gold in the 12 months to June 30.

A second project to be built at a cost of R3.2-billion is an extension of the large Kareerand tailings facility at Mine Waste Solutions, cash flow from which will also help to fund the project. The third is a project providing another 2.5 years to the current life-of-mine of Hidden Valley, in Papua New Guinea. Collectively, close to R8-billion will be invested in all three over an extended period.

The total growth capital expenditure in South Africa for the 2022 financial year is R2.3-billion, with another R555-million in growth capital allocated for Papua New Guinea.

Most of the projects are being funded from internal cash flows, with Zaaiplaats funded through the Moab operations.

The projects will keep Harmony above the level of 1.4-million ounces of gold a year to its 2027 financial year.

Should the Wafi-Golpu copper/gold project come into play in Papua New Guinea thereafter, Harmony’s production profile will extend well into the future.

The important aspect of these latest projects is that they will significantly increase the profit margins of the company as lower-margin older shafts are closed and taken out of the portfolio.

“It’s a very, very good project,” Harmony Gold CEO Peter Steenkamp said of Zaaiplaats. Of the Mine Waste Solutions project, he said: "It's a no brainer."

The largest part of the orebody mined as Moab is still in Zaaiplaats.

“It’s a high-grade orebody and obviously something we believe will add significant value,” said Steenkamp, who has led the company to a nigh five-fold increase in market capitalisation over the last five years to R32.5-billion.

A twin decline will provide 400 m deeper access to the Zaaiplaats orebody.

“We’re right there already on top of the orebody,” he added.

This year capital of R537-million will be spent on the project, with the total R4.5-billion expended over ten years.

A second project to be built at a cost of R3.2-billion is an extension of the large Kareerand tailings facility at Mine Waste Solutions, cash flow from which will also help to fund the project.

“This will all be spent in a very short period of time,” Steenkamp said during an online media conference in which Mining Weekly participated.

The first R700-million will be spent next year, with the project enabling Mine Waste Solutions to operate for another 20 years.

With the Franco-Nevada streaming agreement coming to an end in 2025, Mine Waste Solutions is poised to become highly profitable.

“Those are the two big ones that we’ve approved,” he said.

The three smaller projects under way include the life-enhancing and production-lifting Sub 75 project at Tshepong Operations, Level 207/212 at Doorknob, and a decline at Target 1, all in the Free State.

At the moment, studies are under way into the economic feasibility of mining the Tau Tona and Savuka pillars, particularly the shaft pillars, which are of significantly higher quality than the pillars already mined by Harmony at its Bambanani mine.

Harmony is involved with the chair of rock engineering at the University of Pretoria, which is helping to provide guidance on how the Tau Tona and Savuka pillars can be mined.

Later on, there will be an opportunity to deepen Mponeng by another two levels.

“That’s not a decision we have to make now. It’s something we can do in the future. Mponeng will add to greater ounces and increased profitability.

“We haven’t completed the feasibility studies yet and the moment we have, we’ll bring the deepening of Mponeng into our growth profile.

“Again, these are high-grade assets of much better quality than we’ve had before, so certainly, these are projects that we’d like to pursue,” Steenkamp said.

At Target North, two exploration drilling machines have been at work and the prospects are kindling excitement.

Considerable exploration drilling has also been done at Kalgold, where Harmony is intent on building a substantially bigger mine in the long term.

“We have a 1 g/t orebody and if you scale that up you can make a very big thing of that. We’ve done the flyovers for prospecting rights and infill drilling in our current mining rights to sustain a bigger operation for ten years or so,” Steenkamp told Mining Weekly.