Why are you still with Eskom?

15th November 2022 Liquified Natural Gas (LNG) is a viable alternative with a strong history in power generation - just ask 42 countries!  There is no reason to persevere with load shedding while the industry “waits” for renewable energy. Like deer in the headlights, South Africa has kept its focus on Eskom-driven... →

By: Reuters     14th November 2022 State-owned Japan Oil, Gas and Metals National Corp (JOGMEC) said on Monday it has been renamed Japan Organization for Metals and Energy Security and will provide equity investment to back the production and storage of hydrogen and ammonia. The change for the organization in charge of providing... →

By: Esmarie Iannucci     8th November 2022 Energy major Santos has announced a corporate restructure, reflecting its newly announced purpose and strategy. At an investor briefing day in Adelaide, Santos MD and CEO Kevin Gallagher announced Santo’s new purpose was to provide cleaner energy that is both affordable and sustainable to help... →

By: Terence Creamer     3rd November 2022 JSE-listed group Sasol expects to conclude power purchase agreements for 600 MW of renewable energy “imminently” as it moves ahead with plans to meet a 2030 target of reducing its greenhouse-gas (GHG) emissions by 30%, while sustaining energy and chemical production volumes. The renewables... →

By: Esmarie Iannucci     3rd November 2022 Federal Minister for Industry and Science, Ed Husic, has lashed out at the oil and gas sector, saying the industry was not taking supply concerns and rising energy prices seriously. Speaking to the ABC RN Breakfast show earlier this week, Husic noted that while a heads of agreement (HoA) was... →

By: Esmarie Iannucci     1st November 2022 Oil and gas major Woodside on Tuesday announced that it had signed a memorandum of understanding (MoU) with the Japan Bank for International Cooperation (JBIC) regarding a stable supply of energy for Japan. The non-binding MoU aims to promote cooperation in the liquefied natural gas (LNG) sector... →

By: Esmarie Iannucci     26th October 2022 As part of its first Budget, the newly elected federal government has announced a range of measures to assist in addressing increasing energy costs. The measures include a A$67-million package of reforms to modernise energy market regulation with the states and territories, increase the... →

By: Reuters     25th October 2022 Tightening markets for liquefied natural gas (LNG) worldwide and major oil producers cutting supply have put the world in the middle of "the first truly global energy crisis", the head of the International Energy Agency (IEA) said on Tuesday. Rising imports of LNG to Europe amid the Ukraine... → 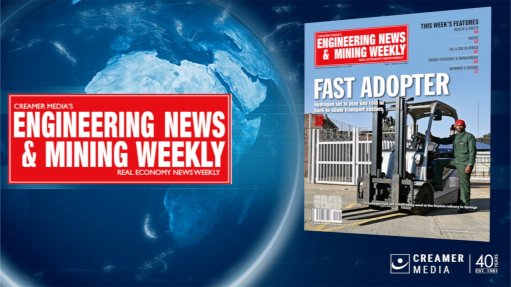