By: Reuters     19th July 2021 As tensions mount between China and the United States, automakers in the West are trying to reduce their reliance on a key driver of the electric vehicle revolution - permanent magnets, sometimes smaller than a pack of cards, that power electric engines. Most are made of rare earth metals from... →

16th July 2021 The coveted global Unicorn Cup final, for the start-up business with the highest investment potential, was won on May 13 this year by South African pneumatic technology pioneer Magnevane. Magnevane South Africa executive and business owner Gareth Rees was part of the team that claimed victory... →

By: Natasha Odendaal     16th July 2021 As the celebrations of the eighth International Women in Engineering Day (INWED), themed Engineering Heroes, wraps up for another year, South African engineers are encouraging more women to enter the field. Launched for the first time on June 23, 2014, by UK-based Women’s Engineering Society... →

13th July 2021 The Big 5 Construct Egypt has concluded today having successfully provided a safe platform for the construction community to reconnect, revitalize business activities, and rebuild partnerships. The third edition was opened by Dr. Assem El-Gazzar, Minister of Housing, Utilities and Urban... →

By: Creamer Media Reporter      8th July 2021 Leading infrastructure development Group, Bigen, is pleased to announce the appointment of Luthando Vutula, previously the CEO of Ubank, as the incoming CEO set to succeed Dr Snowy Khoza on 1 October 2021.  Dr Khoza will be retiring from the Group in December of this year. Vutula hails from an... →

By: Donna Slater     2nd July 2021 In keynote address at a virtual seminar hosted by the National Society of Black Engineers (NSBE) earlier in June, Human Settlements, Water and Sanitation Minister Lindiwe Sisulu called on engineers to “patriotically contribute” to the development agenda of South Africa. She addressed members of... →

By: Marleny Arnoldi     30th June 2021 The Geological Museum Association (GMA) has lamented the continued challenges, including theft, flood damage and lack of funding, experienced by the Johannesburg Geology Museum over the last decade. GMA Treasurer Bruce Cairncross says the association is actively seeking short- and long-term... →

By: Tasneem Bulbulia     25th June 2021 Four years in, the R127-million Small-Scale Grower Cane Development project has recorded notable successes, with over 860 sustainable jobs created and 3 000 ha of cane developed on communal land owned by small-scale growers. Moreover, the project has engendered benefits for members of the... →

Papillion plans to also list on the Nairobi Securities Exchange 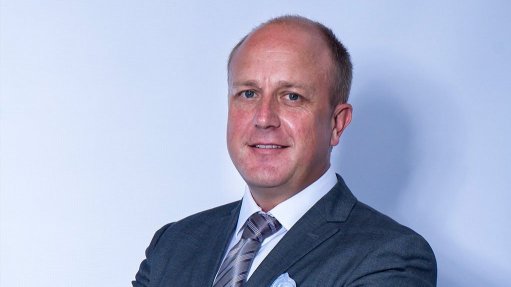