Teck CEO a ‘big believer’ in Chile as mining jurisdiction

By: Mariaan Webb     1st March 2022 Canadian diversified miner Teck Resources is studying further copper expansions beyond Phase 2 of its Quebrada Blanca (QB) mine and says is up to Chile, which is considering new tax and royalty structures, to offer an attractive investment environment. CEO Don Lindsay said on a conference call... →

By: Creamer Media Reporter      18th February 2022 The Canadian Institute of Mining, Metallurgy and Petroleum (CIM) has announced the appointment of former Xstrata Nickel executive Ian Pearce as its incoming president elect. He will assume the role in May 2024, following Michael Cinnamond (2023 to 2024) and Anne Marie Toutant (2022 to 2023). →

16th February 2022 As public and private sector stakeholders around the world increasingly recognize the climate imperative of carbon dioxide removal and the economic opportunity the growing carbontech industry represents, the Carbon to Value Initiative (C2V Initiative) together with Fluor Corporation, a leading... →

By: Tasneem Bulbulia     22nd July 2021 NYSE-listed Fluor reports that Khoemacau Copper Mining recently achieved first copper and silver concentrate production at its starter project, near Toteng, in Botswana. The project is in the Kalahari Copper Belt and is expected to produce about 62 000 t/y of payable copper and 1.9-million ounces... →

By: Terence Creamer     2nd July 2021 Global engineering and construction company Fluor, which has been closely associated with South Africa’s liquid fuels and chemicals industries since the 1960s, has restructured its South African operations to align with the unfolding transitions under way in the energy and mining sectors. Fluor... →

7th June 2021 Today, the global energy company SGH2 Energyannounced the execution of contracts between its subsidiary SGH2 Lancaster Project Company, LLC and two of California’s largest owners and operators of hydrogen refueling stations (HRS).  The companies will use SGH2’s greener than green hydrogen to... → 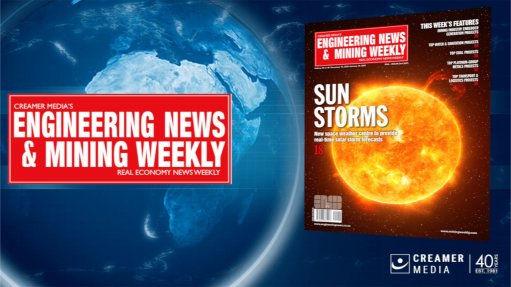