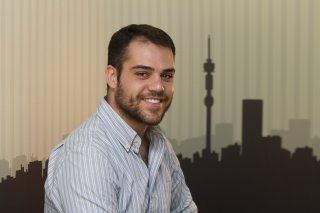 22nd September 2017 Despite the mixed performance and expectations of the recycling industry, local platinum producers Sibanye and Northam Platinum this year entered the platinum-group metals (PGMs) recycling market. Platinum recycling is projected to decline by 6% year-on-year to 1.76-million ounces this year,... →

22nd September 2017 South African manufacturing received a boost following the launch of the Engineering and Technology Grouping of Export Councils (ETGEC) at Infrastructure Africa, which took place last month at the Sandton Convention Centre, in Johannesburg. The ETGEC comprises the South African Electrotechnical... →

22nd September 2017 Despite the mixed performance and expectations of the recycling industry, local platinum producers Sibanye Resources and Northam Platinum this year entered the platinum-group metals (PGM) recycling market. Platinum recycling is projected to decline by 6% year-on-year to 1.76-million ounces this... →

8th September 2017 A recent acquisition of 51% of Johannesburg-based precision manufacturing company Bay Engineering by Black Industrialists Group (BIG) for R6.5-million is being held up as an example of transformation in the manufacturing sector. Bay Engineering MD Etienne Labuschagne points out that the deal,... →

8th September 2017 Industrial research and development engineering company Greville Wood Developments (GWD) is awaiting funding to recreate a 1986 manufacturing proof study and farming plan, called the Warrenton Plan, which could collectively create about 2 300 jobs in Warrenton, in the Northern Cape, then rolled... →

1st September 2017 The construction of a new terminal at Ghana’s Kotoka International Airport (KIA), in Accra, is expected to transport five-million passengers a year once completed in April next year. The project, funded by the African Development Bank (AfDB), with a $120-million facility, will not only improve... →

25th August 2017 Since the release in July 2013 of the South African Coal Roadmap (SACRM), there has been no impetus by government or coal miners to implement any of its recommendations. The SACRM was developed with a view to identifying possible scenarios that may impact on the coal industry, particularly in... →

25th August 2017 Cement manufacturer AfriSam sales and marketing executive Richard Tomes has stressed the need for the cement manufacturing industry to consolidate. On a site visit with members of the media to its Ulco plant, in the Northern Cape, earlier this month, he said the situation in the industry was... →

25th August 2017 South Africa needs jobs and economic development, but with government coming under increasing pressure to reduce its wage bill and the corporate sector similarly pushing for greater efficiency in a recessionary economy, the only remaining hope for employment growth is in the small, medium-sized... →