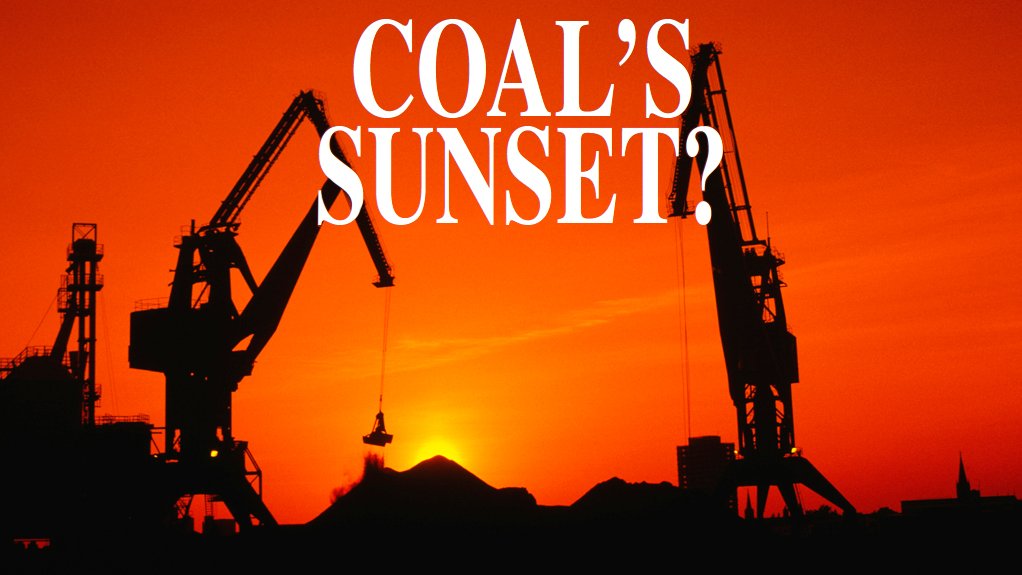 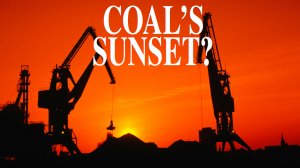 JOHANNESBURG (miningweekly.com) – Since the release in July 2013 of the South African Coal Roadmap (SACRM), there has been no impetus by government or coal miners to implement any of its recommendations.

The SACRM was developed with a view to identifying possible scenarios that may impact on the coal industry, particularly in relation to power generation. At the time, State-owned power utility Eskom had warned that coal supply was dangerously close to being insufficient to meet the country’s future demand. Consequently, the study was initiated to identify the obstacles preventing coal miners and the power generator from finding a mutually beneficial strategy to mitigate the myriad of challenges.

Fossil Fuel Foundation director Rosemary Falcon, who is also the SACRM administrator, tells Mining Weekly that, following the launch of the roadmap, government lent its support to renewable-energy generation technologies, particularly solar. “There has been a very big push for renewables, so, in effect, the demand for coal has dropped dramatically. The view has been that coal is no longer important, so there is no need to take the industry any further,” she says.

Pretoria-based consultancy XMP Consulting senior analyst Xavier Prevost explains that the international coal market “sort of collapsed” between 2013 and 2014, causing prices of seaborne coal to plummet. The price drop subsequently caused many of the large coal producers and exporters, such as Glencore and Anglo American, to reassess their coal strategies.

Prevost points out that the situation was such that many producers, particularly in the US, were bankrupt and the industry was unprofitable for almost two years.

According to the Chamber of Mines (CoM), the country is the sixth-largest coal exporter, with Eskom accounting for about 60% of domestic demand and petrochemicals group Sasol and industry making up the balance of local consumption.

Prevost notes that, while the depressed coal prices resulted in exports from South Africa tapering off, domestic demand increased. However, he argues that the situation took an about-turn for local coal producers, following the 2015 appointment of Eskom CEO Brian Molefe.

In January last year, Eskom migrated away from investments in cost-plus mines, owing to increasing underperformance by coal miners and increasing pressure on the State-owned utility’s balance sheet. Under the cost-plus agreement, Eskom would pay for some of the operating costs and a predetermined return on investment to operations owned by coal miners. The long-term contracts had a term of about 40 years.

Prevost says companies that were supplying Eskom’s power stations under cost-plus contracts are now divesting from coal, selling off their operations or entering into new markets. “They would rather go elsewhere or to other sectors,” he comments.

According to Prevost, about 80% of the large coal mines currently supplying Eskom are near closure. The only coal mine supplying the utility that still has a long operating life is the Grootegeluk mine, in the Waterberg coalfield, in Limpopo, which supplies Eskom’s Matimba and Medupi power stations.

However, Prevost notes that the power generator could lose as much as 70% of its coal supply if replacement coal mines are not developed.

This is a major concern for South Africa’s electricity security, as coal-fired power stations account for about 80% of the country’s electricity generation. Further, according to the CoM, the sector creates about 77 000 direct employment opportunities and delivered earnings of R18.5-billion in 2016. With no new major coal projects on the horizon, there is a serious risk that unemployment could rise even further in South Africa.

“There is great need for coal,” Prevost asserts, adding that it is the most cost- effective means for South Africa to produce electricity, which is vital for the economic growth of the country.

He adds that the local coal sector should look to increase demand from the domestic market if it is to remain sustainable. “I think [the export market] has had its day and the future is local.”

However, Prevost notes that the sector is dependent on Eskom, which has had a change in policy. “The coal miners need large investments, but nobody wants to invest because no one believes that there is a future in coal. It is not because of environmental issues, but because government, instead of assisting the industry in becoming stronger and more reliable, is introducing laws that are prohibitive to coal use, such as the suggested carbon tax.”

CLEAN COAL ALTERNATIVE
While renewables have been receiving a great deal of attention globally, owing to the pressure on nations to lower carbon emissions and, thus, the impact of greenhouse-gas (GHG) emissions, Falcon highlights that there are several important interventions that can be taken to clean up coal and balance out the environmental equation.

“There is so much that can be done to use coal cleanly, as many clean technologies do exist to mitigate the GHG and carbon emissions the world is so concerned about.”

However, Falcon points out that the industry is faced with numerous challenges, including declining grades of coal, which are at times incompatible with South Africa’s power stations, and a lack of consistency of product received from suppliers, particularly junior coal miners. These factors compound the problems around poor coal grades.

Nevertheless, she points out that these challenges represent an opportunity for a coal-cleaning sector, which is now taking root in South Africa and in developing countries such as China, India and other Far East economies.

In instances where junior miners are grouped together, Falcon recommends establishing a coal-washing facility to help junior miners share the cost burden of washing, which has been done in the country with great success. Further, junior miners could improve their revenue streams by selling a higher-quality and more expensive coal product.

To improve the emissions of coal-fired power stations, Falcon points out that existing plants can be, and indeed have been, adapted to cope with the lower quality of local coal. For example, an ignition arch can be added to small-scale industrial boilers to allow a longer ignition time for “coal that is reluctant to burn”.

She notes that large-scale Eskom-linked boilers have been adapted by changing the height of boilers and the entry points of the coal to ensure longer burning and more effcient combustion, resulting in efficient combustion of coal, with up to 45% ash content from some of its boilers.

With regard to SOx, the coal supplied to Eskom is low in sulphur, as determined by the specifications in the coal quality agreements, resulting in generally low SOx emissions.

“In this manner, Eskom has taken responsibility for these environmental concerns, but has had little recognition for doing so,” Falcon says.

She points out that CO2 capture is a well-researched technology internationally; however, the expense of implementing such technologies is significant. Capturing CO2 takes up 12% of the efficiency produced by a power station and the equipment is virtually as big as a boiler plant, Falcon highlights.

South Africa also has no viable long-term areas in which to store CO2 in significant quantites, which is a major hurdle for this technology in most regions of the world. While CO2 could be stored offshore in South Africa’s gasfields, the transport costs associated with transporting CO2 in its high-pressure liquidised form from power stations to offshore storage facilities is uneconomical.

However, Falcon notes that there are various research initiatives taking place in South Africa to discover ways of reducing the production of CO2 or using it for industrial purposes.

She highlights that one method to reduce CO2 is to combust coal more efficiently by adapting boiler plants or introducing new boiler systems, which are currently being considered in South Africa. This includes the introduction of circulating fluidised-bed combustion (CFBC) boilers, which operate at temperatures below 900 ºC. These boilers can also combust the lowest grades of coal, including discard material, and can trap SOx within the combustion bed with the addition of limestone or dolomite. Further, the CFBC plants eliminate or reduce NOx to negligible amounts.

The CFBC plant efficiency is also higher than that of coal-fired power plants, as they are designed to circulate materials that are reluctant to ignite until they eventually burn out.

A further technology to reduce CO2 is co-firing coal with biomass, such as discarded wood material, sugar cane and other vegetation, most notably bamboo.

Falcon explains that such vegetational materials absorb CO2 for their growth and, therefore, are regarded as CO2 sinks, thereby balancing out the CO2 produced during the course of their combustion. In this manner, coal combusted with renewable vegetation resources provides a valuable means in the reduction of CO2 in power generation.

Solar can also be used to heat the steam at the back end of coal-fired power stations, thereby offering another means of co-firing using coal and reducing the production of CO2.

Another strategy outlined by Falcon is the use of underground coal gasification (UCG) in the production of power and in coal-to-liquids systems. This method is able to produce gas without disturbing the land surface by the handling of discarded coal or the managing of coal ash. This further eliminates the need to rehabilitate mine-affected land.

Though not widely adopted as yet in South Africa, UCG has received some attention through a pilot-scale project at Eskom’s Majuba power station, in Mpumalanga.

Eskom extracted gas with a commercial heat content and achieved successful co-firing of coal with the UCG gas at Majuba in October 2010.

Falcon points out that Eskom has been monitoring the environmental impact of UCG and is now poised to develop a larger-scale UCG plant. “They have proved that it can be done efficiently and productively. South Africa has the opportunity to use its coal far more efficiently and cleanly well into this century,” she says, concluding that the energy equation has to be balanced with coal as well as nuclear and renewables.