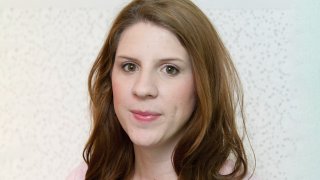 23rd March 2018 Local construction company Basil Read has received permits from the National Home Builders Registration Council (NHBRC) to start building top structures at its housing developments, such as its Savanna City Estate mixed-use development, near Orange Farm, in Gauteng. The top structure would be... →

23rd March 2018 Despite concerns about the recent controversial calls for land expropriation without compensation and the possible effect this could have on South Africa’s economy and food security, JSE-listed foods and beverages group Clover believes it is not all doom and gloom. Speaking to Engineering News... →

16th March 2018 For the first time in 11 months, business activity expanded in the South African private sector in February, with the Standard Bank Purchasing Managers Index (PMI) increasing from 49 in January to above the crucial 50-point mark, at 51.4 points. This was after being in contraction for six months.... →

16th March 2018 Fast-moving consumer goods manufacturer RCL Foods on Thursday launched its new R150-million pet food manufacturing facility, in Randfontein. Through the establishment of the 1 500 m2 facility, which employs around 700 people, the company aims to take a greater share in the R5-billion a year South... →

16th March 2018 Dual-listed Eastern Platinum (Eastplats) and its subsidiary Barplats Mines have entered into an agreement with Union Goal Offshore Solution for the construction, mining and processing of the tailings resource, and the subsequent offtake of chrome concentrate from the Barplats Zandfontein Upper... →

13th March 2018 TSX-V-listed Tsodilo Resources has processed 724.7 t through the dense media separation (DMS) plant at its BK16 kimberlite project in Botswana, since commissioning the plant on January 18. This represented 141 samples out of a total of 243 or 6% of the tonnage. These 141 samples have generated 2... →

13th March 2018 LSE-listed Vedanta Resources’ subsidiary Vedanta Limited on Tuesday declared a record interim equity dividend of $1.2-billion. Vedanta Resources would receive $600-million of this dividend, the company said, sending its shares in London up 2.6% to £7.82 a share. →

13th March 2018 Aim-listed gold, copper and silver producer Anglo Asian Mining on Tuesday said that it would shortly embark on a $6-million three-year rolling exploration programme of near mine, brownfield and greenfield areas at its operations in Azerbaijan, to replace mined ounces. The miner noted that it... →

13th March 2018 Beyond raising costs for domestic miners, a new mining code signed into law by Congolese President Joseph Kabila last week, poses downside risks to the investment outlook of the country’s mining industry over the coming years, as a result of heightened government intervention and regulatory... →

13th March 2018 The “exceptional quality” 910 ct D-colour Type IIa diamond recovered from LSE-listed Gem Diamonds’ Letšeng mine, in Lesotho, in January, achieved a price of $40-million on tender in Antwerp, on Monday.  Reflecting its significance, the diamond, which is the fifth-largest gem-quality diamond ever... →