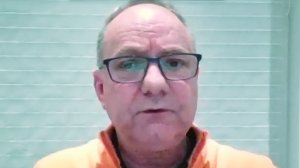 JOHANNESBURG (miningweekly.com) – Use renewables to cut carbon and create hydrogen, and then use the hydrogen that has been created to replace diesel.

Anglo American CE Mark Cutifani proposed this climate blueprint while also outlining his London- and Johannesburg-listed mining company’s entry into crop nutrients that can free up land for carbon sinks.

Cutifani used copper as an example of mining’s need to slash its consumption of energy and water.

“In the last 100 years, energy consumption to produce a pound of copper has gone up by a multiple of 16 times, and we use twice as much water to produce that same pound of copper today as well,” Cutifani said during the event covered by Mining Weekly.

“For us to really change our competitive position and do better, we’ve got to change the energy and water dynamic and mines have to be far more productive in terms of what we produce,” said Cutifani.

Climate change, he said, not only provided mining with an addition to its own burning ambition to change, but the world around it also understands its need to change and everything has now come down to how such change should be brought about.

Not only did mining have power plays to improve its own competitive position but the world had also given it the opportunity to change without being questioned on the need to do so.

“That opportunity for me is the most significant opportunity you can ever get, and you don’t get those opportunities very often in business,” said Cutifani.

He pointed out how mined products are required ubiquitously and emphasised the key role that mining is poised to play in the global energy transition.

Moreover, the crop nutrients Anglo was producing would help to improve agricultural productivity.

“Don’t forget, agriculture takes up 50% of the world’s land in producing food and the fertiliser products we produce can double agricultural productivity.,” he said.

Without mining, the world would not be able to free up enough land to create the carbon sinks required.

Based on the new processes and technical designs, he expressed the belief that Anglo could take 30% out of its energy consumption by 2030.

“We also believe in committing to renewables and by taking up investment opportunities, we can take ourselves into renewable energy, and by developing new hydrogen-consuming trucks and loaders, we can continue to improve our footprint by using renewable energy to create hydrogen and then using hydrogen to replace diesel,” Cutifani said.