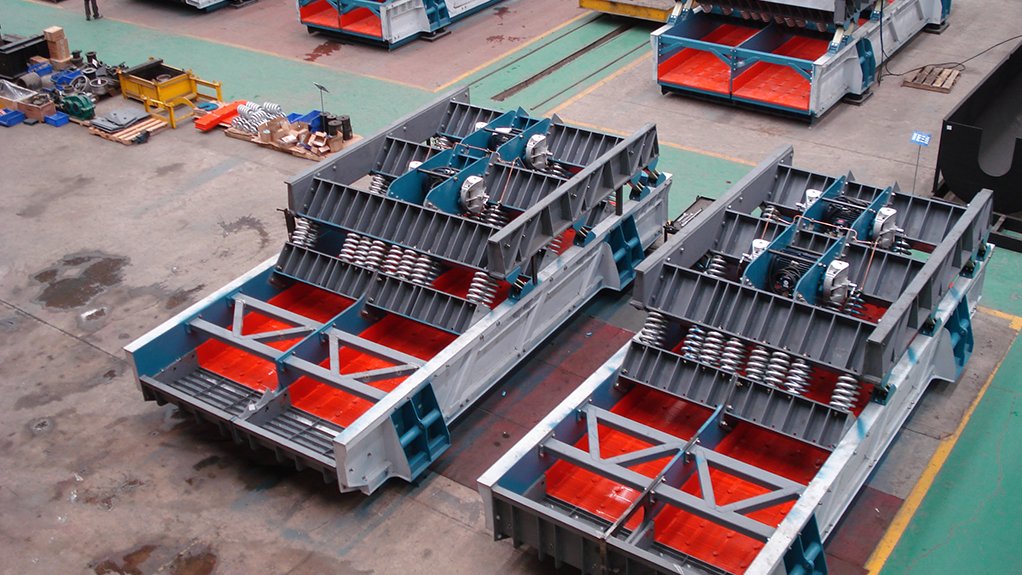 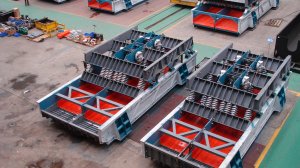 Comminution, separation and sorting technology provider IMS Engineering now supplies process systems and equipment manufacturer General Kinematics’ STM-Screen – which can replace a brute force screen and provide an increase of up to 40% in circuit capacity, helping mines to improve their productivity and reduce costs.

“One of the main objectives of the comminution process is to maximise throughput. With tonnages increasing, mines are looking at ways of increasing circuit capacity at the lowest possible cost.”

Swanepoel explains that the STM-Screen is designed to fit within the existing space and rest on the existing screen footing, without overhauling existing support structures.

“The STM-Screen should not require modifications to the existing structure because subresonant, two-mass vibrating screens have far lower dynamic forces than equivalent-sized brute force screens,” he says.

Standard single- and double-deck machine sizes range from 1.4 m to 5.4 m wide and 10 m long. All can be modified to mount on an existing screen footing.

Purpose-built machines can also be designed to match the size specifications of an existing machine and can feature hybrid decks and triple-deck configurations.

The large model STM-Screen, which is more than 2.4 m wide, can be designed in a modular fashion so that it can be dismantled in sections after test runs in the factory, whereafter it is shipped and reassembled at the mine site.

The two-mass vibrating screens are modifiable to accommodate higher tonnages and deeper material bed depths, Swanepoel explains. He adds that masses can be made heavier, motor horsepower increased and more springs added to the spring network to ensure that material is consistently stratified along the length of the screening surface at the constant design stroke amplitude.

“Machine stroke is maintained under full load to sustain designed material stratification and screen efficiency, whereas the stroke of brute force screens is dampened as the material load is increased and screening efficiency is negatively affected,” he says.

The material retention of the STM-Screen is typically three to four times higher than that of brute force screens to achieve higher screening efficiency.

“Brute force screens accelerate material to thin the bed depth, limit material weight on the screen and retain the material for only 8 seconds to 12 seconds,” Swanepoel explains.

For wet screening applications, the STM-Screen has significant dewatering advantages. Typically, the water spray is limited to the first two-thirds of the screen length, leaving only the final third for dewatering.

“With greater material retention time on the STM-Screen, there is a corresponding increase in dewatering, allowing for more excess water to be removed,” Swanepoel concludes.