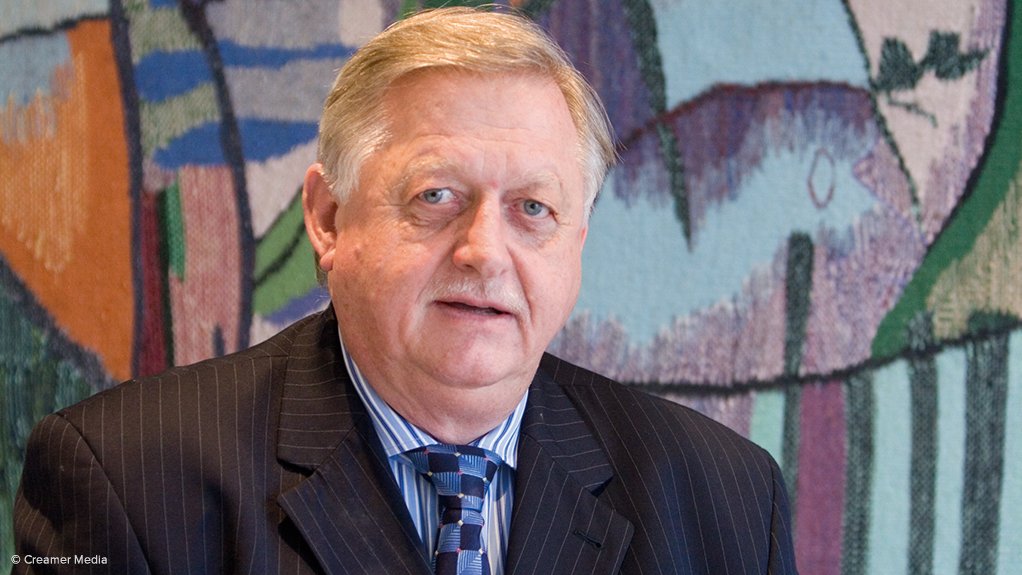 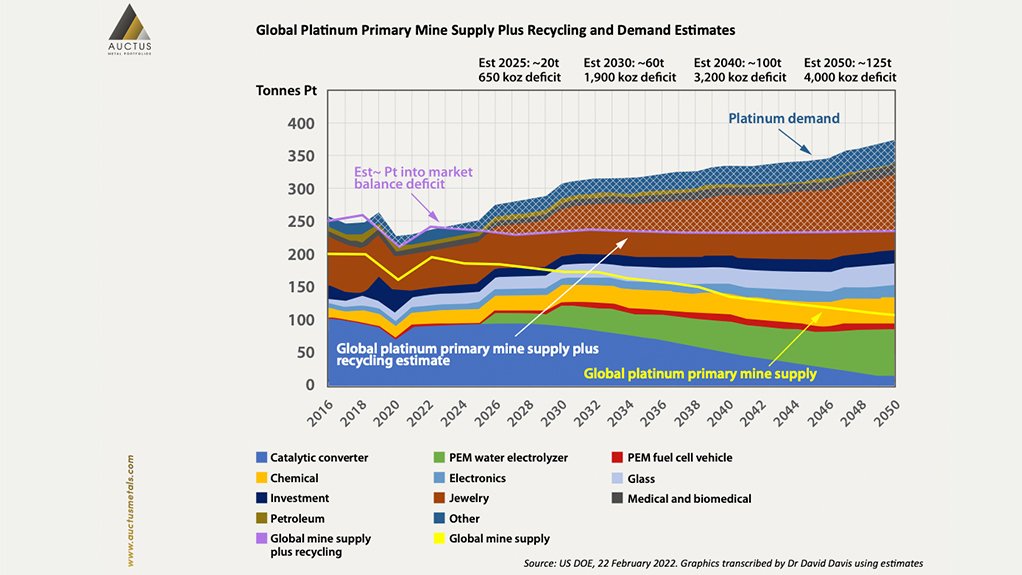 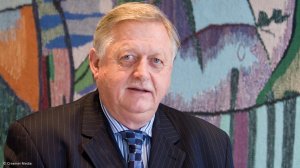 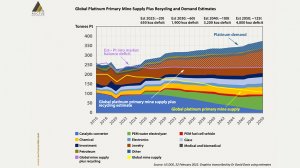 Compiled for Auctus Metal Portfolios of Singapore, the review illustrates a comprehensive picture of platinum supply/demand estimates between 2022 and 2050, which in some respects “puts the cat among the pigeons”, says Davis, who has been associated with the South African mining industry and mining investment industry for the past 45 years. (Also see attached supply/demand graphic.)

The review points to a decline in global PGMs supply from particularly South Africa and Russia and highlights the mismatch that is developing between the future quantum of platinum supply and demand amid the pursuit of decarbonisation on a global scale.

Davis concurs with the International Energy Agency that the content of the PGMs metal iridium will need to be slashed by 80% to 90% to support proton exchange membrane (PEM) water electrolysers used to produce green hydrogen, which is in growing demand.

In addition, technology will need to be advanced to achieve an anode catalyst loading of 0.05 gIr/kW or lower.

To meet the needs of the transition from internal combustion engines, platinum loading in fuel cells (FCs) will also have to be drastically reduced for fuel cell electric vehicles (FCEVs), let alone trains, ships, stationary applications, PEM electrolysers and other uses.

Additional thrifting of FC platinum loading to  2gPt/kW and below is required.

Davis notes in the release to Mining Weekly that green hydrogen has become a key pillar of decarbonisation for industry in the same way as platinum is inextricably linked to vehicle emission standards, which have been progressively tightened through regulation worldwide since 1970.

Europe is boosting its green hydrogen ambitions as it looks to secure energy independence and has increased targets for production and imports of green hydrogen by 15-million tonnes a year.

“It becomes obvious that global PGM mine supply, particularly platinum mine and secondary recycling supply, will not be able to support both substitution and additional platinum loadings, notwithstanding the additional platinum required for FC, FCEV, PEM electrolysers, green hydrogen and other transport and industry sectors,” says Davis, who adds that China’s continuous platinum buying will further contribute to upward price pressure as platinum supply dwindles.

As reported this week by Mining Weekly, a new trade and technology centre dedicated to the growth of the PGMs market is being established in China, already the single largest consumer of PGMs, accounting for more than 25% of total demand.

Anglo American, Honeywell and the World Platinum Investment Council (WPIC) were among close to 70 organisations that signed strategic cooperation agreements with the Lin-Gang Group and other related parties in support of the Platinum and Precious Metals Centre, or PPMC, which is being established in the Lin-Gang Special Area of Shanghai. The Lin-Gang Group is a State-owned developer of industrial parks.

PPMC is made up of a PGMs research institute, venture capital fund, industrial park and offshore trading market, which will be developed in sequence to support new PGM applications and to grow an industrial cluster.

As part of its commitment to PPMC, WPIC will move its Asia Pacific headquarters to the Lin-Gang Special Area, where, from 2023, the annual Shanghai Platinum Week, which it co-sponsors, will take place. WPIC will also join the proposed PGMs research institute as a founding member and participate in a joint venture to oversee the development of the industrial park.