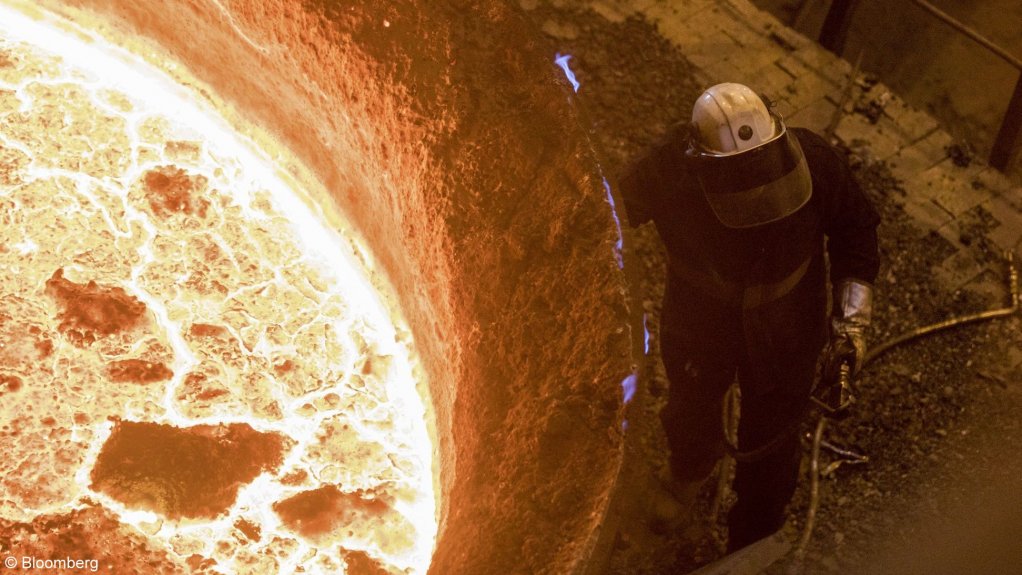 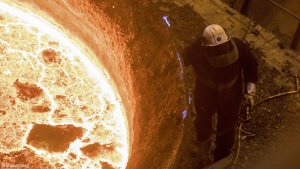 Iron-ore, one of the hottest commodities in the early days of the raw materials rally, has now become the most volatile as bulls and bears joust over the trajectory of prices.

In a series of wild swings, the ore that fuels China’s vast steel industry surged to a record, collapsed into a bear market and then returned to a bull market in the space of about a month. Its gyrations in the past 30 days mark the mineral as the most volatile of the two dozen most traded commodities around the world.

Iron ore is being buffeted largely by confusion over how government policy will affect demand from steel mills in top consumer China.

China wants to cut steel production but control prices, and to reduce investment but maintain employment, said Tomas Gutierrez, an analyst at Kallanish Commodities. “As policy shifts to keep the desired balance between these goals, the outlook for steel will improve or worsen accordingly,” he said.

China has revived an economy that cratered during the pandemic by turning to fiscal stimulus and monetary easing. That has meant churning out enormous amounts of steel to feed a property and infrastructure boom. As a consequence, iron ore prices have more than doubled over the past year.

Now, the pressure is on to contain the inflationary pressures that has created, which means tighter credit and a moderation in spending on construction.

Added to the mix is Beijing’s attempt to chart a course to the carbon neutral economy promised by President Xi Jinping last year. That would involve producing a lot less of the alloy, which contributes 17% of national carbon emissions, according to Goldman Sachs Group Inc.

Bets on how these contrary polices could play out has whipsawed the iron ore market, which typically moves in lockstep with steel. The benchmark futures contract in Singapore topped out at a record $233.75 a ton on May 12. Two weeks later, it had fallen to $170.50 -- although that’s still more than double the average since trading began in 2013.

RECORD STEEL
There’s not much room for iron ore to rise anymore, said a Singapore-based futures trader with five years experience in the market. China has started credit tightening and that signals that commodity prices should fall, the trader said, declining to be named because of company policy.

At the same time, China’s steel mills continue to break records. Production hit an all-time high in May and has reached 473 million tons over the year to date. That’s well on its way to surpassing last year’s mark of 1.05-billion tons, which the authorities had vowed would be a high-water mark as China seeks to curb emissions from the highly pollutive sector.

That’s left supply struggling to catch up with demand.

The structural problems that affect iron ore supplies in China remain prominent, said the head of a Shanghai-based investment firm affiliated to a steel mill in western China, who asked not to be named discussing his company’s positions in the market.

He pointed to historically low inventories, insufficient shipments in recent weeks from major suppliers Australia and Brazil, and the possibility of curbs on domestic production after recent mining accidents.

In the short term at least, China seems to have decided that reducing raw materials prices, including for iron and steel, is its most pressing concern. To that end, Beijing has ratcheted up its campaign to tame commodities inflation in recent weeks, with a particular focus on deterring the speculation that it blames, at least publicly, for driving prices higher.

One irony of that policy is the important role speculators play in actually reducing volatility by boosting liquidity in futures markets, according to a recent note from Goldman. Put simply, more buyers and sellers mean that price adjustments become less abrupt

While the policy outlook for iron and steel markets remains murky, the summer is a slow season for construction and manufacturing in China, which should weigh on ferrous prices, said Lu Ting, senior analyst at Shanghai Metals Market.

Longer term, China’s efforts to squash prices should find support from a turn in the economic cycle as measures to support the economy are wound back.

But none of these factors will necessarily mean a collapse in iron ore prices, as lower steel production should raise prices and improve margins at mills, making more-efficient, less-polluting grades of the mineral more affordable, said SMM’s Lu, who expects benchmark prices to move between $180 and $210 a ton over the next three months.

So, once iron ore prices settle, it’s likely they’ll be in a historically higher range, particularly given the weight of stimulus driving demand elsewhere in the world.

“We are also seeing economic indicators outside of China continue to improve, with steel production in the rest of the world increasing by around 11% year-on-year in the first four months of 2021 to pre-Covid levels,” she said.