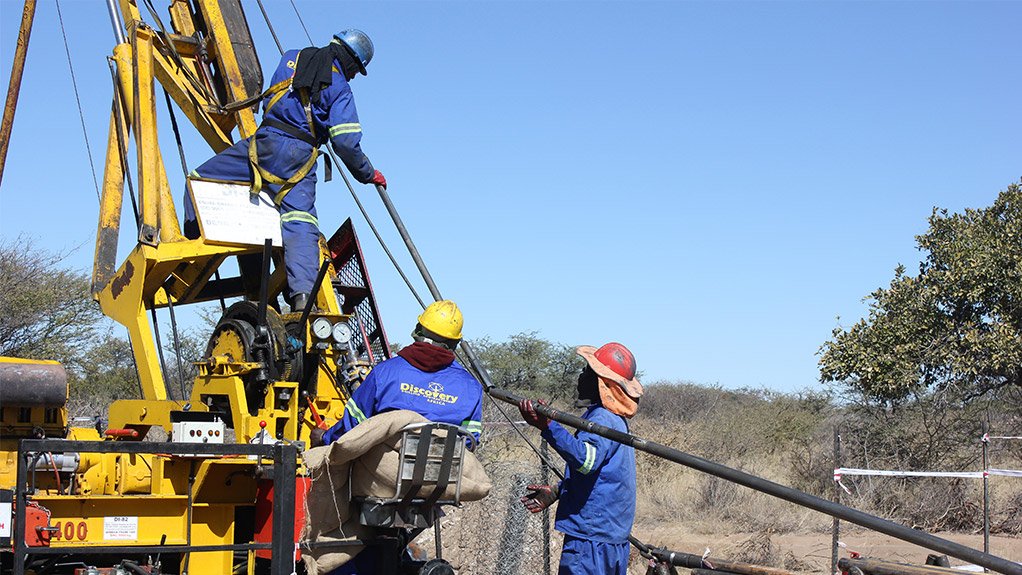 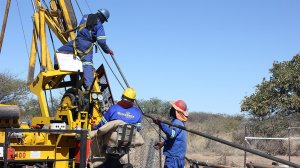 Australian-listed copper exploration and development company MOD Resources has received approval from the Department of Environmental Affairs in Botswana to drill within a 700 km2 area in the northern section of the T20 dome complex.

The approval is subject to the standard four-week public review period, which began on September 21.

The T20 dome complex is a 2 000 km2 area 80 km west of the T3 dome complex, which hosts MOD’s T3 development project and forms part of the extensive regional holdings in the central Kalahari Copper Belt, in Botswana, which is owned by a joint venture (JV) between MOD (70%) and investment company Metal Tiger (30%).

“Drilling within the T20 dome complex is part of MOD’s strategy to demonstrate the regional potential of the central structural corridor, which hosts T3 and the recently discovered A4 dome within the T3 dome complex. Our mining licences cover a vast region in the central part of the Kalahari Copper Belt, a previously unexplored area,” MOD MD Julian Hanna tells Mining Weekly.

He notes that the JV had immediate success in drilling at the T3 and at the T4 domes and it is planning to move towards the west along the central structural corridor to test several compelling targets in the T20 dome complex area.

Hanna explains that the company completed shallow reverse circulation drilling in April 2016 at T4, which lies on the northern edge of the T20 dome complex where significant copper minerals were intersected – including a 2 m intersection of 6% copper and 111 g/t gold from a depth of 101 m.

“Since then, we have completed further soil sampling and flown an electromagnetic survey covering T4.”

He says the electromagnetic structure appears to extend to yet another interpreted ‘buried dome’, known as T23, 15 km west of T4, adding that T23 is likely to be the company’s first priority for drilling.

“Soil-sampling and airborne electromagnetic survey data covering T4 announced this year in April has proven to be very effective in defining a distinctive conductive structure that may be associated with a strong 5-km- to 6-km-long copper soil anomaly at T4. This electromagnetic structure appears to extend through the interpreted T23 dome, 15 km west of T4.”

In addition to the upcoming drill programme at the T20 complex, MOD is also drilling the 700 km2 T3 dome complex which houses the T3 project and the recently discovered A4 dome.

As with the recent A4 dome discovery, we are using electromagnetic modelling to gain an understanding of the potential of the area around T4 and T23, which has highlighted some very interesting features.

Hanna says Botswana has a well-established mining sector, with a long history of exploration; however, MOD has no plans to explore outside the Kalahari Copperbelt in Botswana at this stage.

“With about 11 500 km2 of granted licences, numerous high-quality targets to be drilled, and our first, substantial mine rapidly heading towards development, we have our hands full,” he adds.

With few new quality copper projects being developed worldwide, it is timely that the company expects to be in a position to reach a decision to mine at T3 in March 2019.

“We are also fortunate that airborne electromagnetics data has proved so effective in quickly identifying and targeting new areas with potential for high-grade copper/silver deposits in this completely underexplored and overlooked region.”

Hanna adds that, as the company continues to expand its projects, it will need to increase its workforce in the regional town of Ghanzi, which is considered a fair distance from the main population centres in Botswana.

“We need to look at attracting people to move into the Ghanzi district, as we hope to offer many great employment opportunities in a wide variety of roles.”

“Our in-country operating company Tshukudu Metals has made exceptional progress and is capitalising on early successes and knowledge gained at the T3 and A4 domes with an ever broader regional exploration programme.”

Tshukudu has opened a community relations office at the main mall in Ghanzi and anticipates continual growth in the region, Hanna concludes.