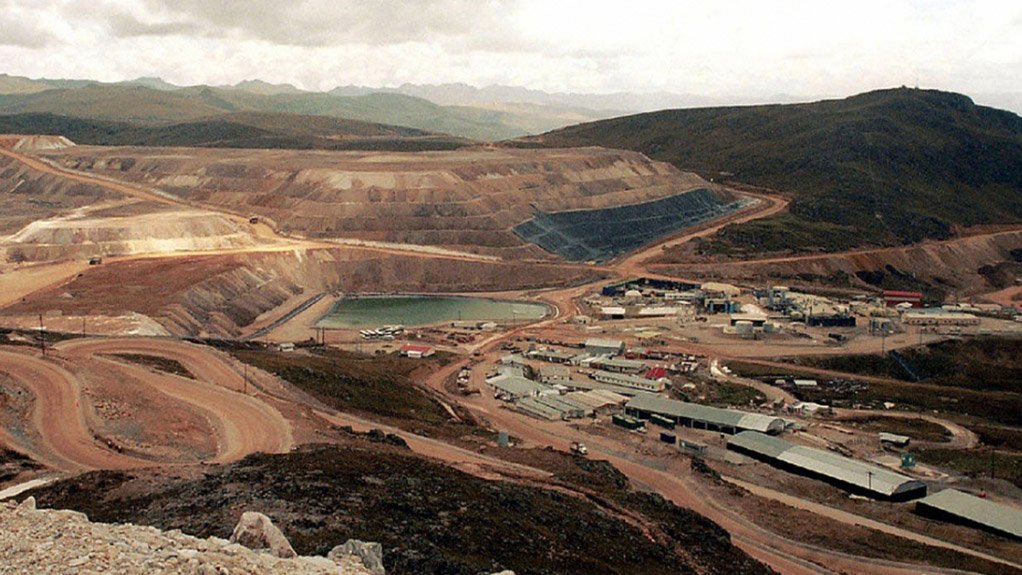 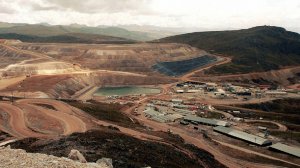 Newmont's Yanacocha mine, in Peru.

Major mining companies operating in Peru, including Newmont, Freeport-McMoRan and Anglo American, are ramping down operations to comply with the 15-days self-quarantine that President Martin Vizcarra announced on Sunday.

The country, which at 13:00 local time on Monday had 89 confirmed cases of Covid-19, has declared a national state of emergency, which enacted 15 days of mandatory quarantine and closed its borders in an effort to contain the spread of the virus.

The declaration restricts travel within the country and requires citizens to remain at home except to travel to grocery stores, banks and medical facilities.

Newmont, the world's largest gold mining company, confirmed that it was ramping down mining operations at Yanacocha, but said gold production from leach pads and critical safety and environmental activities would continue.

Yanacocha has been operating normally since the beginning of the year and represents about 3% of Newmont’s 2020 attributable gold production outlook.

“While we have no confirmed Covid-19 cases among Newmont’s workforce or any major disruptions to production at our other sites at this time, we are proactively taking steps to protect our people and the continuity of our business during this global pandemic," said CEO Tom Palmer.

Freeport-McMoRan said the 53.56%-owned Cerro Verde mine had transitioned to care-and-maintenance status. During this period, on-site personnel would be limited to critical activities necessary to maintain the facilities pending a return to normal operations.

"Our primary concern is the health and safety of our employees and contractors, and the communities in which they live and work," said CEO Michael Steinmann.

On Tuesday morning, Anglo American announced that it had withdrawn its 10 000-strong construction workforce from the Quellaveco copper project to comply with the government-imposed coronavirus measures.

Quellaveco is expected to begin production in 2022, with an expected capital cost of $5-billion to $5.3-billion. During the first ten years of full production, the mine is expected to produce 300 000 t/y at a cash cost of $1.05/lb.

Meanwhile, Teck Resources announced that Compania Minera Antamina, in which has a 22.5% interest, continued to operate the Antamina mine under an exemption from the restrictions.

Critical operations would be maintained by a reduced workforce throughout the 15-day national emergency quarantine period.

"Appropriate precautions are being taken by Antamina to protect its workforce during this challenging period. There have been no confirmed cases of Coid-19 at the mine site. Assuming no further adverse developments in connection with Covid-19, any temporary reduction in production is expected to be recovered in line with existing 2020 guidance."

TSX-listed Trevali said that, during the 15-day shutdown, mining projects that had aremote workforce housed by a camp were permitted continue to operate as usual, thus its Santander mine would continue to operate. Should the quarantine period be extended beyond the 15 days and further flexibility to operate mining complexes was not provided, then the operation would need to ramp down.

"We are well prepared to keep the Santander mine going for the next 15 days and are arranging a ramp down program in the event the state of national emergency is extended. We will continue to monitor the situation and will provide a further update as things progress," said CEO Ricus Grimbeek.