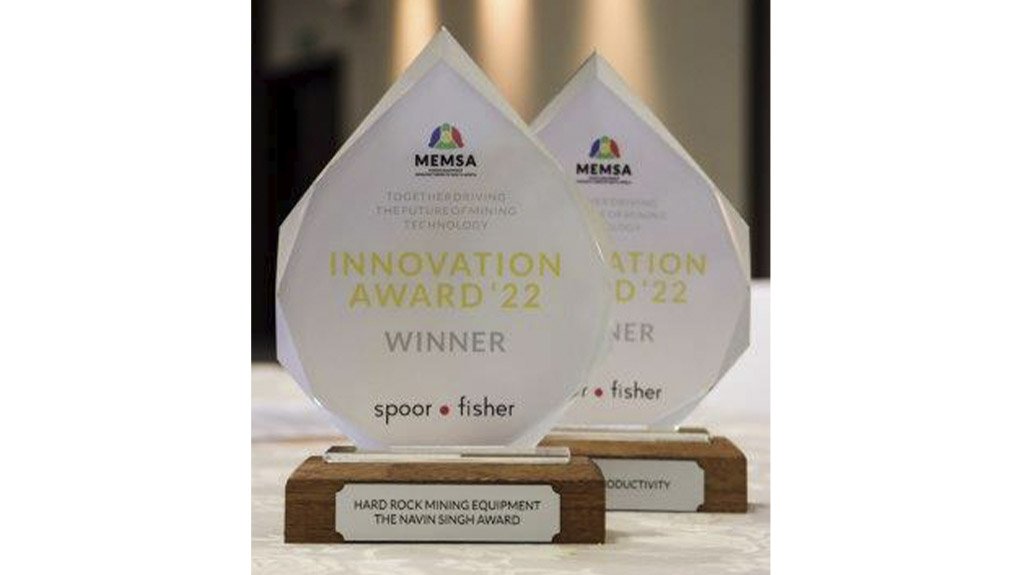 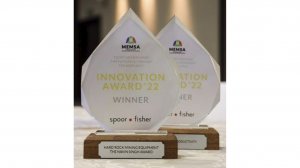 The inaugural Innovation Awards, hosted by Mining Equipment Manufacturers of South Africa (MEMSA) on Wednesday 6 April 2022, was a celebration of local excellence in technological development and manufacturing capability, according to CEO Lehlohonolo Molloyi. “A lot of decision-makers in procurement tend to consider international mining equipment as being superior, when the reality is that our own local Original Equipment Manufacturers (OEMs) are on par with the major international players.”

The Innovation Awards 2022 not only showcased members’ innovative capabilities, but was also a platform to raise the profile of MEMSA itself. “Many of our members invest substantially in in-house R&D, but the long lead time to deliver a working prototype is often offset by international companies exploiting preferential interest rates and other benefits to import equipment at a substantially cheaper cost. These are some of the challenges that MEMSA has been addressing,” says Molloyi.

Not only do local OEMs have to compete directly with global manufacturers, but the latter also have access to significant funding from their parent companies, in addition to government support. This has a major impact on the investment that these companies can pump into R&D. “From that perspective, a local OEM might build a prototype, only to find its innovation stymied by technological advances imported from better funded and resourced global companies,” adds Molloyi. Nevertheless, South African manufacturers continue to leverage expertise and innovation to meets local challenges cost-effectively to offer solutions for local, continental, and global markets.

Thus, the Innovation Awards initiative was developed to make the local mining industry aware of the high level of innovation in local manufacture. The category winners were as follows:

Through the competition process and recent engagements with members around safety and energy projects, exciting innovations are happening across the cluster’s membership. This includes the development of battery electric mining vehicles by members including Rham Equipment, Fermel (personnel carrier) and Battery Electric (diesel locomotive conversion); innovations in explosive casings (NXCO); the development of trackless mining machinery suitable for mechanised mining methods, with sophisticated safety mechanisms; innovative hydro powered equipment; and data sensing devices and systems for better safety and productivity.

While Covid-19 had a marked impact on the procurement appetite of the mining industry over the past two years, Molloyi says the fact that the end of the pandemic is now in sight, combined with resurgent commodity prices, has meant that the bulk of MEMSA members have full order books at present. The Innovation Awards 2022 winners will benefit from exposure at the 2022 Investing in African Mining Indaba from 9 to 12 May in Cape Town.

“I am happy to report that due to the upswing in commodity prices, there is now far more demand for mining equipment, which has resulted in increased revenues for listed entities as well as private companies,” says Molloyi. The upswing also resulted in renewed interest in the Innovation Awards 2022, for which the initial call for submissions was issued in November last year, but later extended to end February this year.

“I paid regular visits to our members to ascertain what they were achieving in terms of innovation, meaning we ultimately ended up with nine submissions from small to medium and large enterprises,” says Molloyi. The judging panel consisted of a range of mining and industrial experts.

MEMSA, launched in 2016 and housed at the Mandela Mining Precinct (MMP) in Johannesburg, aims to grow the local supply chain of capital equipment for the mining industry which, in turn, will accelerate job creation and import displacement, both major factors impacting on the industry’s competitiveness.

The cluster was first mooted by the Resource Capital Goods Development (RCGD) study by the then Department of Trade & Industry, which investigated the potential of mining’s backward linkages or supply chains. The 2015 Mining Phakisa added further impetus, with a successful application for Cluster Development funding paving the way to a fully functional organisation.

Its base in the Mandela Mining Precinct gives MEMSA ready access to key partners such as the Minerals Council of South Africa, the Department of Science and Innovation (DSI), the Department of Trade and Industry and Competition (the dtic), and the South African Minerals’ Processing Equipment Cluster (SAMPEC).

The focus on capital equipment is critical to not only usher in a new age of mechanisation in the South African mining industry, but to prepare it for Industry 4.0 as digitisation is accelerated by the Internet of Things. MEMSA’s remit is to promote the local manufacture of goods based on local and global IP and innovation.

A qualified process metallurgist, Molloyi himself has over 30 years’ experience in the mining industry, including being an operations manager for various opencast operations and overseeing the maintenance and repair of Load Haul Dumper (LHD) fleets for underground mining. A founding member of MEMSA, his journey has now come full circle with him being CEO.

“My experience has meant that, from behind my desk, I have insight into the numerous challenges faced by our members. Our aim as MEMSA is to put local OEMs on the map, and the Innovation Awards is a bold step in this direction.” Molloyi reveals that a more general Manufacturing Awards is also being planned by MEMSA for later this year to assist in introducing members to the broader South African industrial and manufacturing sectors.