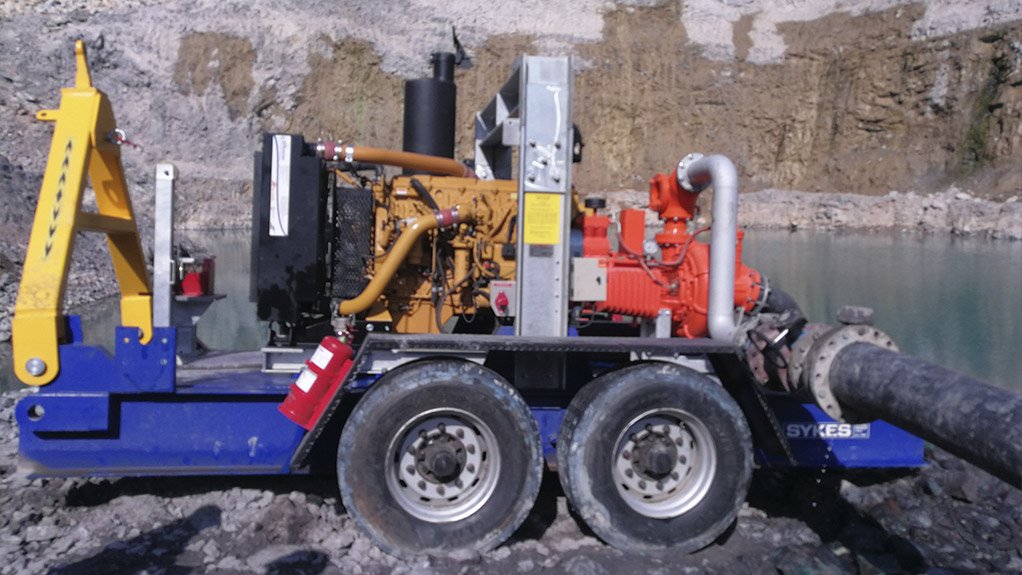 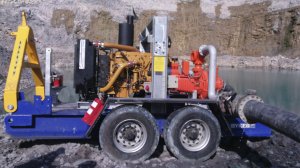 Fast-growing pump dewatering and dredging specialist IPR (previously Integrated Pump Rental) has ambitious plans for this year’s Electra Mining Africa, reflecting the importance the company – which derives most of its turnover from the mining industry – attaches to the show.

“IPR is a young company, having been established just seven years ago, but we’re growing very rapidly and have tripled our rental fleet since late 2021,” says company founder and MD, Lee Vine. “We attribute our growth to the excellence of our service but Electra Mining Africa has also played a role. Since we started up, we’ve been at every Electra Mining Africa held and the results – measured in terms of new business – have been phenomenal.”

Based in Jet Park, Johannesburg, IPR operates an extensive rental fleet consisting of approximately 210 pumps, mostly diesel-driven, able to take on virtually any pumping task. These are complemented by dredgers, generators, pump flotation devices, hoses and a full range of accessories.

The company is also able to supply stainless steel pump sets. “These are highly suitable for corrosive environments and, until we added them to our line-up, were not easily available in the local market,” states Vine.

IPR’s business is not confined to rental and all the units in its fleet can also be purchased. The company is the sole agent in southern Africa for the globally recognised Sykes range of diesel-driven dewatering pump sets and is also able to supply other brands such as Grindex, Flygt, Godwin and Atlas Copco.

“While our business has been built on selling and renting-out Sykes pumps, we are not wedded to a single brand and can accommodate customers who have a preference for pumps from other manufacturers,” says Vine.

Although IPR derives the bulk of its turnover from the South African market, the company has provided rental solutions as far north as West Africa. Vine is keen to see further growth in Africa and says that IPR will soon be opening a fully-fledged branch in Kitwe, Zambia, to service the buoyant Copperbelt market in terms of both sales and rentals.

“We are keen to expand our rental footprint on the continent although this is by no means an easy task given the ‘red tape’ involved in taking machines across borders,” says Vine. “Having a permanent presence in Zambia, however, will make it possible to provide rental solutions to customers operating both on the Zambian Copperbelt and in the neighbouring DRC.”

According to Vine, visitors to IPR’s Electra Mining Africa stand will be able to see a wide range of running diesel pumps including the new Himax HH220i from Sykes, which is capable of pumping at 220 litres per second against a head of 110 m. “This is the biggest unit in our rental fleet,” notes Vine. “It is a self-priming pump which can run dry for extended periods. Features include low fuel usage and low maintenance costs.”

As always, IPR will have its technical experts, including Vine himself, on hand to engage with visitors and pass on the company’s core message – that it is a solutions provider. “We offer a highly personalised service to customers,” says Vine. “In respect of our rental business, we don’t simply drop off a machine on site and disappear. We provide a pumping solution tailored to the customer’s needs and we’re constantly on site to ensure that everything is operating the way it should. Of course, we also take care of all maintenance.”

He points out that IPR has full engineering capabilities in-house, which allows it to produce fully customised pump sets and provide any associated infrastructure necessary. “For example, if you want your pump to float, we’ll make it float; if you want a walkway, we can also do that,” he says.

Looking ahead, Vine foresees continued robust growth for IPR’s rental business. “The benefits of renting as opposed to buying outright are huge and we’re seeing a strong shift towards the rental model, particularly amongst mining companies. Our goal is to make pumping as problem-free as possible and I believe our track record demonstrates that we’ve achieved this objective. We’re not a corporate operation – we’re slim and trim and highly efficient and we deliver on everything we promise.”