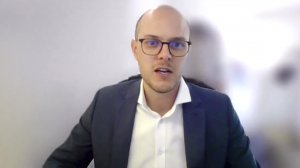 A total of 174 MW of clean, green renewable power is on the way for Sibanye-Stillwater’s platinum group metal (PGM) mines in South Africa.

JOHANNESBURG (miningweekly.com) – A total of 174 MW of clean, green renewable power is on the way for Sibanye-Stillwater’s platinum group metal (PGM) mines in South Africa.

The total cost of the three project scheme will be in the order of R2.5-billion to R2.8-billion.

Speaking on value creation through sustainability at a PGMs webinar covered by Mining Weekly, Martin said that this would result in the Johannesburg- and New York-listed company having minimum capital outlay to access renewable energy at a 30% to 50% discount to grid power “from day one”.

This would generate a significant net present value for these operations plus significant decarbonisation. It would also offset the liabilities of anticipated pending Scope 2 carbon taxes.

“We are currently targeting financial close in the first half of 2023 and commercial operation in early 2025,” said Martin.

The project schedule is currently being driven by permitting processes, of which the environmental impact assessment, the rezoning and the subdivision of land had already been initiated, he added.

Owing to the infrastructure and extensive conventional mining methods, electricity is the predominant form of energy and, as a result, 97% of the emissions stem from Eskom coal-fired and other diesel-fired electricity.

It is anticipated that this emission profile will decline over time, in line with Sibanye-Stillwater’s PGMs production profile, as well as when the renewable energy mix increases in the national electricity grid.

However, a number of active decarbonisation measures are currently under way ahead of that amelioration.

Similar to Sibanye-Stillwater’s gold operations, the PGM operations have advanced energy management practices, which last year resulted in 60 000 t of greenhouse gas emissions being avoided, primarily through the deployment of digital twin simulations as well as the development of an energy culture.

Owing to the emissions profile, one of the strongest levers that the company can pull is the deployment of renewable energy, with three upcoming solar photovoltaic (PV) projects and wind energy projects with allocated wheeling poised to enable rapid decarbonisation of these particular operations.

The use of battery electric vehicles is also being looked into to replace the diesel-driven vehicles used in the mechanised operations.

Scope 3 targets are also being set for those emissions that occur through the third-party processing of the company’s concentrate, where electricity will continue to remain the focus of this operation owing to its emissions predominance.

Given the company’s expanded footprint in North West province, it first undertook initial prefeasibility studies and then later a feasibility study into embedded solar PV power generation directly into the operations.

The studies confirmed the strong rationale around deploying these projects given their decarbonisation and commercial potential.

These long-life assets, as well as the associated demand, could easily support up to 175 MW of solar PV across the three specific sites. Proposed are:

The assessment included an extensive land study that confirmed the land availability to accommodate the solar PV, with no critical engineering, environmental, geotechnical, regulatory, social or security flaws.

“We also confirmed that we have adequate substations that will allow the solar PV projects to be directly interconnected into our operations,” said Martin.