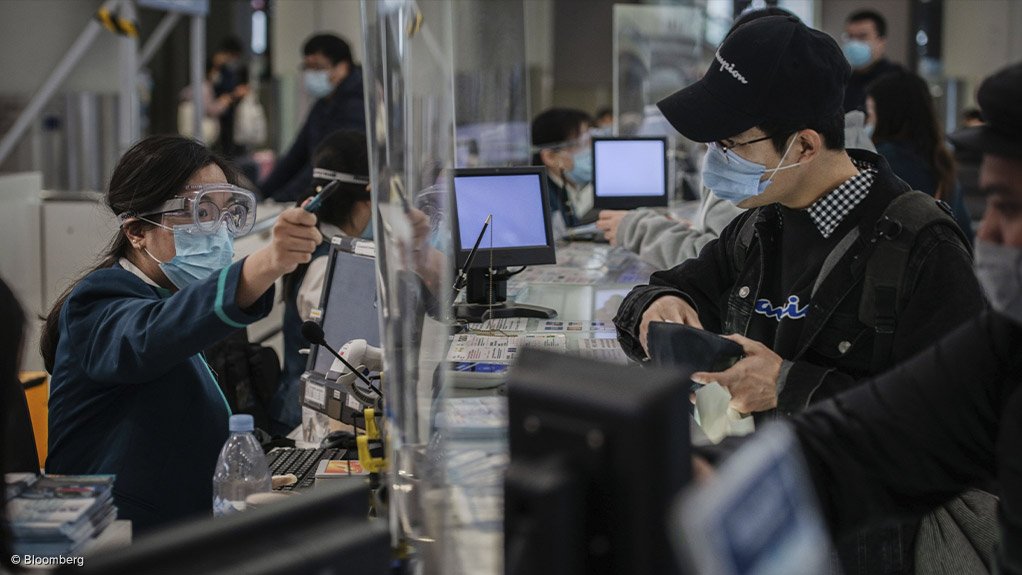 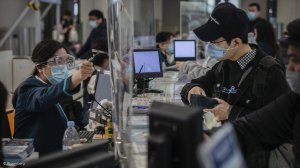 CAPE TOWN (miningweekly.com) – The fallout from the coronavirus in China is expected to have a ripple effect on many sectors in the Chinese economy, slow down its economic growth and impact on its coal industry and imports.

Coal trader Noble Resources research head Rodrigo Echeverri says the impact has been severely disruptive. So far, more than 7 700 people have been infected by the virus, which has resulted in more than 170 deaths. Millions of people have been placed under quarantine and are unable to travel.

“It’s very disruptive in the places where supply chains and commodities are located.” Echeverri told delegates at the fifteenth annual Southern African Coal Conference this week. He said this had impacted heavily on steel mills in coastal China, as well as on manufacturers, many of which had been forced to slow down. Many employees have also been unable to get back to their workplaces in these highly industrialised areas.

“The bad news is that the first quarter of 2020 is going to be pretty bad in terms of business activity in China,” said Echeverri.

The virus had unraveled the good position China had been in.

Global research and consultancy group Wood Mackenzie (WoodMac) agrees that the restriction of labour movement is likely to have a significant impact on the Chinese economy this year.

It pointed out in a research note that up to 400-million people in China travel to be with family during the Chinese New Year.

"The return of workers to their jobs after the Lunar New Year is now delayed in many cases, particularly those in Wuhan – and other cities – who are trapped by an imposed transport ban. Many others will also delay travel for fear of exposure during long journeys on buses and trains. On top of that, we understand many workers will find that a 10 to 20 day quarantine period will be imposed by their employers, once they return.

"The extension of the Lunar New Year holidays will undoubtedly have an impact on consumer demand, as people stay home, and delay a return to normal business. But there will also be a direct impact on steel and raw material demand due to the delayed restart of some construction projects, and other downstream industries. This is typically a period of expansion that leads to a pick up in demand for steel and raw materials. The construction sector accounts for two-thirds of Chinese steel demand, and the implications of these delays are stark," WoodMac stated.

It pointed out that the impact of lower steel demand on China's metallurgical coal and iron-ore consumption was expected to be muted initially. However, metallurgical coal demand for March to May would be lower than it would have been.

WoodMac noted that iron-ore prices had also been negatively affected.

"We view this fall as being driven by fear, uncertainty over the scale and impact of the virus on iron-ore demand, and a lack of volume during the Chinese New Year."

Thermal coal demand, meanwhile, is expected to be affected from February.

"We expect February will take the biggest hit by the coronavirus as the Chinese government implements various controls against the accelerated spread of the virus, including public holiday extensions and travel bans.

"Thermal coal imports are also likely to slow for a time and already there are reports of Indonesia coal producers being asked to delay loadings. As the largest supplier of coal to China, Indonesia has the most to lose if the situation worsens and electricity demand weakens," said WoodMac.

It does, however, expect only a muted impact on thermal coal prices.

"Prices have already fallen so significantly through 2019 that many producers across the globe are in a negative margin situation. Market sentiment could certainly drive the price lower, but this will be temporary until China begins importing again," it noted.

"The hit to 2020 gross domestic product at the start of the year is likely to be significant. With the thirteenth National People’s Congress taking place in Beijing on March 5, we expect the discussion will likely include stimulus policies to minimise the negative impact of the coronavirus on full-year 2020 economic performance. Construction and manufacturing are two likely ways the central government will look to drive growth.

"These measures will help keep demand for steel, iron-ore, and metallurgical and thermal coal resilient – despite the hit in the near-term. If the government over-stimulates, there is potential for upside risk to our forecasts," the group stated.

“Despite challenges on the demand side in 2019 for India, imports grew year-on-year,” said Echeverri. He expected a slightly flat outlook for India this year. India is the second largest market for coal imports.

In Europe, the trend against coal had continued for the third year running and was likely to do the same during 2020 and be replaced by liquefied natural gas, as well as renewables, Echeverri pointed out.

Indonesia had ramped up its domestic power plant capacity and coal production, with domestic growth in the country expected to be 20-million to 30-million tonnes higher than in 2019, he added.

The two-day fifteenth annual Southern African Coal Conference is hosted by London-based IHS Markit and has brought together key players throughout the industry.