By: Donna Slater     12th September 2022 JSE-listed industrial minerals, bulk commodities and construction materials miner Afrimat reports that, compared with the first quarter of this year, the construction sector managed to increase the value added to the economy by 4.1% in real terms in the second quarter. This was revealed in the... →

By: Irma Venter     9th September 2022 Sometimes, a pandemic is not the worst thing that can happen to a company. When Covid-19 hit, the pandemic did interrupt MellowVans’ global rollout plans, but it also prompted the Stellenbosch-based manufacturer to revisit the design of its electric three-wheel delivery vehicle, as well as its... →

1st September 2022 The world has changed over the last three years. Global trade has fragmented, posing new challenges for manufacturers. The distribution of technology has spread significantly in the last ten years. →

By: Tasneem Bulbulia     30th August 2022 Coal miner MC Mining’s share price on the JSE rose by 15% on the afternoon of August 30, after the company announced that it had determined a preferred development option for its Makhado hard coking coal project, which would lower the development costs and, therefore, the peak funding required.... →

By: Martin Creamer     26th August 2022 The renewable energy plans of the Booysendal platinum group metals (PGMs) mine of Northam Platinum have been detailed quite extensively in the company’s 95-page sustainability report that will be available shortly online, Northam Platinum CEO Paul Dunne said on Friday, when the Johannesburg Stock... →

By: Martin Creamer     26th August 2022 Platinum group metals company Northam, which refined 9.7% more metal than the prior year in the 12 months to June 30, on Friday forecast capital expenditure (capex) of R5.4-billion for the current 2023 financial year – up on the R4.6-billion of 2022, and reflecting the progress of its... →

By: Simone Liedtke     22nd August 2022 Over the past 41 years De-Tect Unit Inspection & Cooperheat of Africa has grown into one of the leading companies providing specialised inspection, non-destructive testing (NDT), and thermal services to various industries. The company, which strives to provide quality backed by its extensive... → 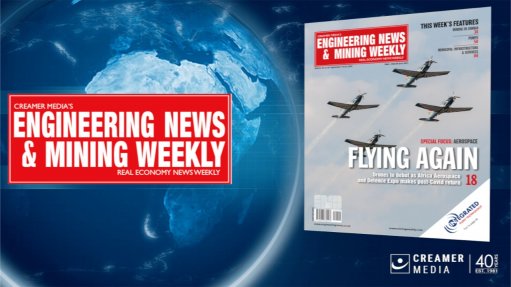