By: Reuters     22nd June 2022 Russia-focused gold producer Nord Gold (Nordgold), which has been hit by harsh U.S. sanctions, said on Tuesday that its CE Nikolai Zelenski had stepped down from the company on June 17 to pursue personal investment opportunities. "There has been no decision on a new CEO appointment. The company... →

By: Esmarie Iannucci     22nd June 2022 Gold miner St Barbara has announced a strategic review of its Simberi operations, in Papua New Guinea, and has decided to defer a final investment decision on the sulphide expansion project as project costs balloon. The company has also announced a corporate restructure that would see its... →

By: Donna Slater     21st June 2022 ASX-listed gold miner Firefinch reports that Leo Lithium has been admitted to the official ASX list and trading in its shares will start on June 23, under the code LLL. This follows an oversubscribed A$100-million initial public offering by Leo Lithium in May.  → 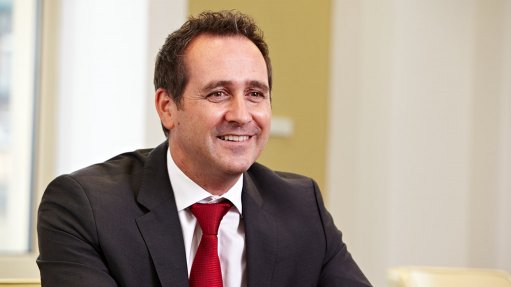 By: Darren Parker     21st June 2022 Market development organisation the World Gold Council (WGC) says India’s gold demand continues to outpace domestic mine supply and is showing no signs of abating, which has bolstered the country’s gold recycling capability to make up some of the shortfall. The rest of the country’s demand is met... → 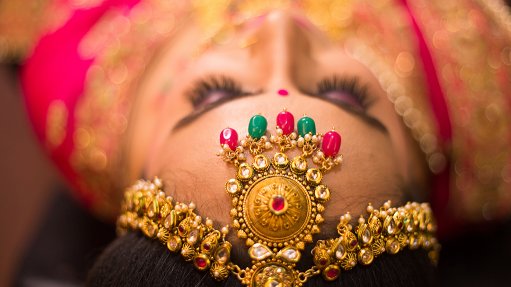 By: Mariaan Webb     21st June 2022 Canada-based exploration company Pasofino Gold, which is earning a 49% interest in the Dugbe gold project in Liberia, has appointed a new CEO. The company announced on Monday that Daniel Limpitlaw has replaced Ian Stalker as president and CEO with immediate effect. →

By: Mariaan Webb     20th June 2022 Canada-based Alamos Gold has announced initial gold production from the La Yaqui Grande mine, in Mexico, following the completion of construction this month. Stacking rates continue to ramp up with leaching activities beginning earlier in June.   →

Horizon divests of another non-asset

By: Esmarie Iannucci     20th June 2022 Gold developer Horizon Minerals has reached an agreement with FMR Investments to divest of its Gunga West gold project, in Western Australia. Gunga West was acquired in 2019 as part of a larger asset swap with gold miner Northern Star Resources, and included the Rose Hill, Brilliant North and... →

By: Mariaan Webb     20th June 2022 TSX-V-listed precious metals explorer Kore Mining, which owns assets in California, US, on Friday unveiled a reorganisation plan to conserve capital, which would see CEO Scott Trebilcock step down as president and CEO on July 1. Trebilcock would remain a director of Kore and would be a... →

By: Marleny Arnoldi     17th June 2022 Aim-listed gold recovery company Goldplat has been granted a new 12-year water use licence (WUL) for its operations in South Africa. The new WUL includes stipulations on the abstraction and use of water in Goldplat’s recovery processes, as well as the impact of its new tailings storage facility... →

By: Esmarie Iannucci     17th June 2022 Junior Emerald Resources has poured over 3 000 kg of gold bullion from its Okvau gold mine, in Cambodia, since commercial production started in September 2021. “The board and management of Emerald are very pleased with the achievement of this significant 3 000 kg gold bullion milestone at our... →

By: Esmarie Iannucci     17th June 2022 Gold miner Dacian Gold on Friday announced plans to suspend openpit mining operations at the Jupiter deposit, at its Mt Morgans mine, in Western Australia, while also announcing the resignation of MD Leigh Junk. Dacian told shareholders that the rapid change of the operating environment over... → 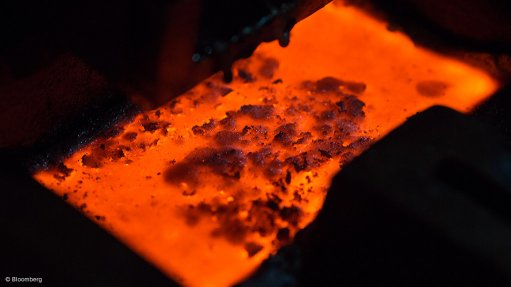 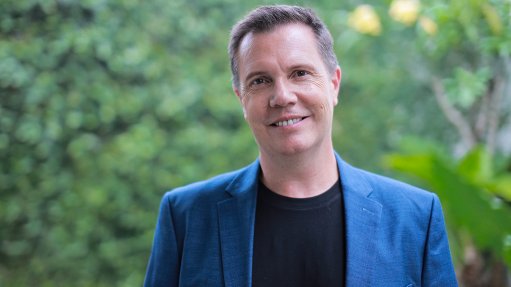 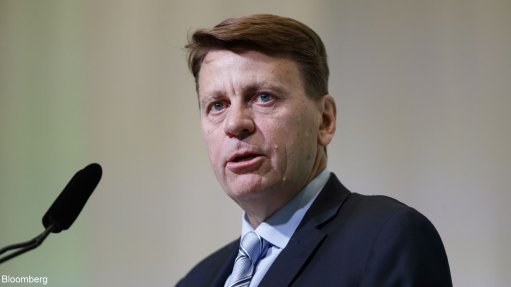 Kinross sells Russian assets at half the previously agreed price

By: Mariaan Webb     15th June 2022 Canada’s Kinross Gold on Wednesday announced that it had completed the sale of its Russian assets, but at only half the price previously agreed with Highland Gold Mining group. The company sold its Russian assets for $340-million, compared with the $680-million previously announced. Kinross... → 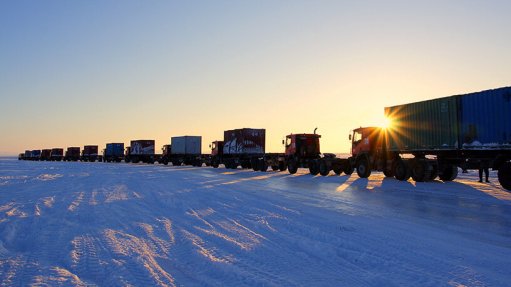 By: Creamer Media Reporter      15th June 2022 Toronto-listed Marathon Gold has received mining leases for the Valentine gold project, in central Newfoundland. The leases cover the development of the Marathon and Leprechaun deposits and have a term of 20 years. →

By: Esmarie Iannucci     15th June 2022 ASX-listed Laneway Resources has restarted mining activities at the Agate Creek project, in Queensland, with drill and blast operations under way. Production grade control sampling, assaying and blasting has started, with the first production blast for 2022 fired last Friday. The mining fleet is... →

By: Esmarie Iannucci     15th June 2022 Gold miner Northern Star Resources has completed the sale of the Paulsens and Western Tanami gold projects, to fellow-listed Black Cat Syndicate, for A$44.5-million. Under the terms of the agreement struck in April, Northern Star was paid A$14.5-million in cash for the assets, and would be... →

Team up or get left behind, top gold miner warns smaller peers

By: Bloomberg     15th June 2022 The gold mining industry will need more mergers and partnerships to dig up harder-to-access deposits in an environmentally friendly way, according to the head of the world’s biggest producer. “We are seeing fewer and fewer large-scale and transformative gold discoveries,” Newmont CEO Tom Palmer... → 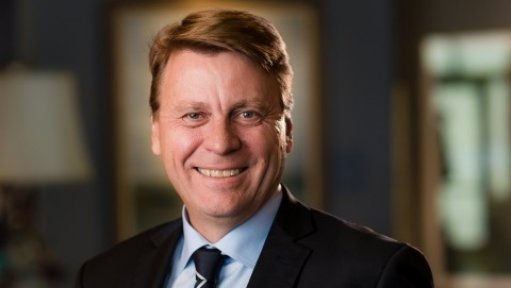 By: Marleny Arnoldi     14th June 2022 Gold miner Harmony Gold Mining Company has obtained key regulatory approvals for its Kareerand expansion project, enabling it to continue with the retreatment of surface deposits at Mine Waste Solutions (MWS). Harmony acquired the MWS reclamation operation, near Stilfontein, in North West, in... → 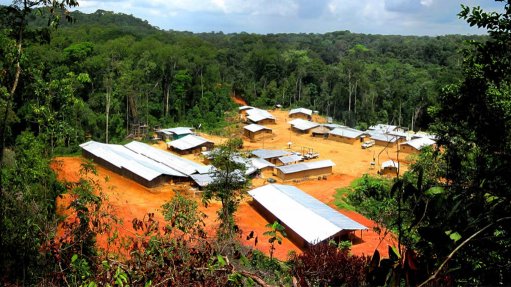 By: Creamer Media Reporter      14th June 2022 Canadian junior Novagold said on Tuesday that long-tenured director Igor Levental had passed away suddenly and unexpectedly on June 10. Levental served as an independent director of the company, which is focused on the Donlin Gold project in Alaska, since 2010. Over the past 12 years, he shared... →

By: Darren Parker     14th June 2022 The National Treasury this week gazetted the Regulations on Domestic Reverse Charge Relating to Valuable Metal, which is meant to serve as an anti-abuse measure aimed at foreclosing schemes and malpractices to claim undue value-added tax (VAT) refunds from the South African Revenue Service (Sars)... →

By: Yvonne Silaule     14th June 2022 Employees at Harmony Gold's operations, in the Free State, have pledged R1-million worth of donations to the KwaZulu-Natal government in response to the recent floods that left over 7 600 people homeless. The donations included 200 mattresses, 283 blankets, 130 pillows, 242 fitted sheets,... →

By: Marleny Arnoldi     13th June 2022 JSE- and NYSE-listed Sibanye-Stillwater will restart its South African gold operations in a phased manner over the next two to three months, in order to ensure the safety of the operations and employees. This follows after it and unions the Association of Mineworkers and Construction Union... → 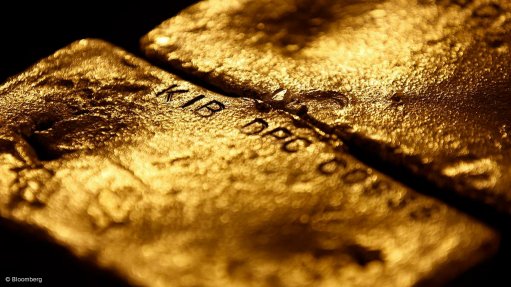 Transition Metals hoping to find partners for 10 projects at PDAC

By: Creamer Media Reporter      13th June 2022 Multi-commodity project generator Transition Metals is hoping to find business arrangements for ten of its projects at the Prospectors and Developers of Canada (PDAC) conference in Toronto, which starts on Monday. The projects on offer boast gold, nickel, copper, platinum group metals, copper... →

By: Creamer Media Reporter      13th June 2022 Canadian gold mining company Agnico Eagle Mines has told shareholders to reject an unsolicited mini-tender offer made by TRC Capital Investment. The mini-tender offer is to purchase up to two-million Agnico Eagle common shares, or about 0.44% of the company’s outstanding common stock, at a price... →

By: Esmarie Iannucci     13th June 2022 Gold developer Bellevue Gold has told shareholders that its namesake project, in Western Australia, would boast some of the lowest operating costs among ASX-listed gold producers, and that the project is on track to be a 200 000 oz/y producer by the end of the second half of next year. Bellevue... → 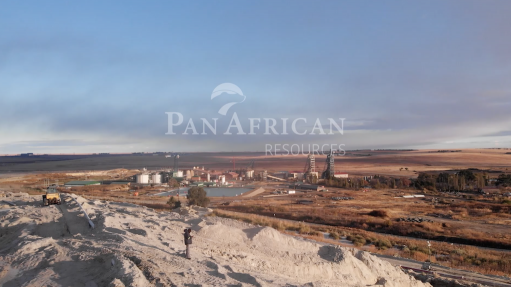