By: Esmarie Iannucci     30th March 2021 Gold developer Big River Gold has flagged potential capital cost savings for its Borborema gold project, in Brazil. The ASX-listed company on Tuesday told shareholders that it had completed an option study reviewing and optimising the process plant design for the gold project. →

By: Bloomberg     30th March 2021 Africa’s biggest fund manager and a key investor in South African gold companies said any consolidation in the sector must benefit the country as well as shareholders. The Public Investment Corporation (PIC), which manages R1.91-trillion of mainly South African government worker pensions, has a... →

By: Esmarie Iannucci     30th March 2021 Junior Oklo Resources has reported a maiden Joint Ore Reserves Committee compliant resource of 11.3-million tonnes, at 1.83 g/t for 668 500 oz of contained gold at its flagship Dandoko project, in Mali. The ASX-listed company on Tuesday noted that some 56% of the contained ounces was within the... →

By: Creamer Media Reporter      30th March 2021 Vancouver-headquartered B2Gold said on Monday that the Mali government had not renewed the Menankoto exploration permit, which formed part of the Anaconda area located about 20 km north of the Fekola mine licence area. The company’s Malian subsidiary applied for a one-year renewal of the permit... →

By: Reuters     29th March 2021 Russian mid-sized gold producer GV Gold has decided to postpone an initial public offering (IPO) of its shares in Moscow, it said on Monday, confirming an earlier source-based report by Reuters. Its shareholders, including U.S. fund BlackRock, planned to raise $450-million to $560-million by... → 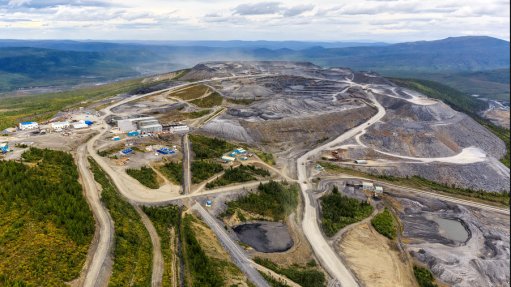 By: Mariaan Webb     29th March 2021 Activities at the El Gallo gold mine, in Mexico, have been restored, NYSE- and TSX-listed McEwen Mining reported on Monday, announcing that it had reached a new ten-year agreement with nearby communities. The agreement provided for additional support the communities and greater long-term... →

By: Donna Slater     29th March 2021 Wholly-owned subsidiary of diversified gold producer Nordgold, Celtic Resources, has entered into a two-year $100-million environment, social and corporate governance- (ESG-) linked revolving credit facility with a group of international banks. Nordgold intends to use the proceeds of the... →

By: Creamer Media Reporter      29th March 2021 Donlin Gold, the 50:50 joint venture between Barrick Gold and Novagold Resources, has confirmed a follow-up drill programme for the Alaska project this year, following the strong outcome of its 2020 campaign. Additional confirmation and extension drilling is planned, with specifics to be... →

By: Esmarie Iannucci     29th March 2021 A definitive feasibility study (DFS) into the Bardoc gold project, in Western Australia, has estimated that the project could produce some 135 760 oz/y over a mine life of just over eight years. ASX-listed Bardoc Gold on Monday reported that the project would require a capital investment of... → 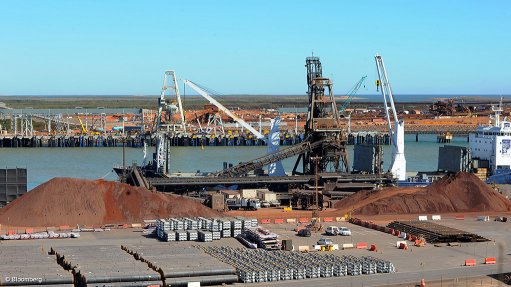 By: Creamer Media Reporter      26th March 2021 Toronto-listed Josemaria Resources, part of the Lundin Group, on Thursday announced financing initiatives totalling C$41-million to continue to advance its namesake copper/gold project in San Juan, Argentina. The company has entered into an agreement with a syndicate of underwriters led by BMO... →

By: Mariaan Webb     26th March 2021 Vancouver-based Capstone Mining on Thursday announced three agreements to advance the Santo Domingo project, in Chile, including a $290-million gold stream with Wheaton Precious Metals, a binding port deal and the consolidation of its ownership in the project. The $1.5-billion copper project... →

By: Donna Slater     26th March 2021 The South African (SA) Mint, a wholly-owned subsidiary of the South African Reserve Bank, has released two new coin ranges for this year, including the highly-anticipated Big Five African Buffalo coin. Introduced in 2019, the Elephant, Lion, Rhinoceros and the Leopard have already been issued as... → 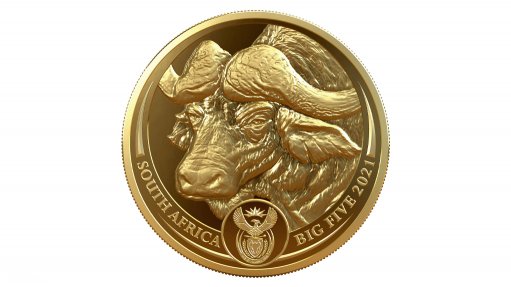 By: Creamer Media Reporter      25th March 2021 Ecuador-focused Lundin Gold has started its 9 000 m regional exploration drill programme, with the first drill hole now in progress on the Barbasco target. The regional exploration programme will focus on two high priority targets – Barbasco and Puente-Princesa – to test for mineralisation in a... →

By: Reuters     25th March 2021 Canadian mining company Americas Gold and Silver said late on Tuesday it had held talks with senior Mexican officials in a bid to resolve a dispute at one of its mines in the northern Mexican state of Sinaloa. The company has been embroiled in a labor dispute at the mine, and last week President... →

Wiluna shakes the tin for Stage 1

By: Esmarie Iannucci     25th March 2021 Gold developer Wiluna Mining has announced a major capital raising initiative to fund the Stage 1 development of its Wiluna project, in Western Australia. The ASX-listed company on Thursday said that it would raise an initial A$7.5-million to sophisticated investors. The share placement would be... →

By: Esmarie Iannucci     25th March 2021 ASX-listed Calidus Resources will raise A$12.5-million through a share placement to fund work at its Blue Spec gold project, in Western Australia. The junior on Thursday said that it had received firm commitments for the placement of some 31.25-million shares, priced at 40c each to professional... →

By: Esmarie Iannucci     24th March 2021 Gold miner Resolute Mining on Wednesday said that it was seeking legal advice after being informed by the Ghanaian Minerals Commission that its mining lease for the Bibiani gold mine had been terminated. Resolute has been ordered to cease all activities and operations at the mine site. The miner... → 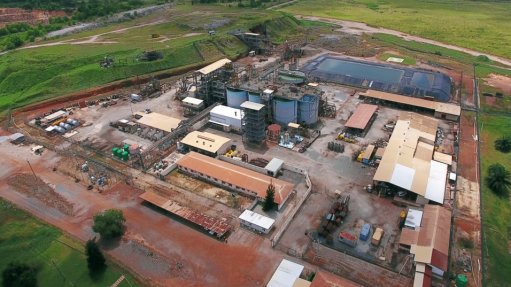 By: Donna Slater     24th March 2021 Gold miner AngloGold Ashanti is set to avail a wealth of South African exploration data to academics for research purposes in an effort to preserve geological heritage and enable research that might otherwise not be possible. The information contained within the new online application – the SA... → 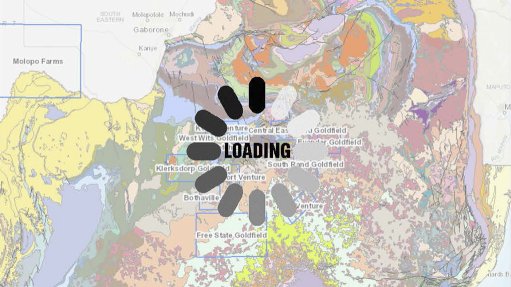 By: Esmarie Iannucci     24th March 2021 Gold miner Newcrest Mining has started the mandatory redemption of its outstanding $380-million in 4.2% senior guaranteed notes, which mature in October next year. The company said on Wednesday that the notes would be cancelled upon redemption. →

By: Donna Slater     23rd March 2021 The final results of a 6 300 m reverse circulation (RC) drilling programme at Aim- and TSX-V-listed precious metals miner Altus Strategies’ Tabakorole gold project, in southern Mali, has resulted in the discovery of a potential new parallel zone of mineralisation, as well as an extension of the... → 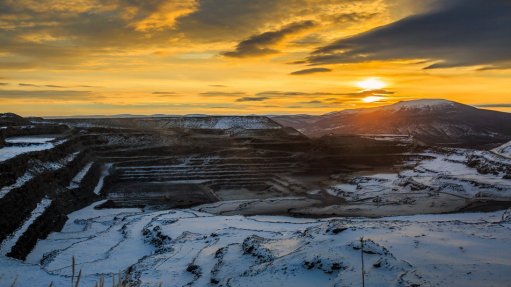 By: Creamer Media Reporter      23rd March 2021 Dual-listed Orla Mining is on track to pour first gold from the Camino Rojo oxide project, in Mexico, by the end of the year, president and CEO Jason Simpson said on Monday, in a construction update. He reported that detailed engineering and procurement were well-advanced, positioning the... →

By: Mariaan Webb     23rd March 2021 Canadian gold miner Agnico Eagle will sell its Oijärvi gold project, in central Finland, and the Solvik gold project, in southern Sweden for $10-million to Gold Line Resources, in a transaction that will expand the TSX-V-listed junior's existing portfolio in the Nordic region. The transaction... →

By: Esmarie Iannucci     23rd March 2021 Junior Rex Resources has nearly doubled the gold resource at its Hog Ranch gold project, in Nevada. The ASX-listed company on Tuesday announced the combined mineral resource for the Hog Ranch project had increased from 1.4-million ounces to 2.2-million ounces. →

By: Esmarie Iannucci     23rd March 2021 Canadian gold explorer Novo Resources Corporation has exercised its joint venture (JV) with ASX-listed Kalamazoo Resources to earn a 50% in that company’s Queens gold project, in Victoria. Under the terms of the JV agreement, Novo has paid Kalamazoo A$2-million to exercise the consideration. →

By: Mariaan Webb     23rd March 2021 The Phase 2 expansion of the Castle Mountain gold mine, in California, will increase production to more than 200 000 oz/y, at an all-in sustaining cost of $858/oz, TSX- and NYSE-listed Equinox Gold said on Monday, announcing the results of a feasibility study. Phase 1 of the mine achieved... → 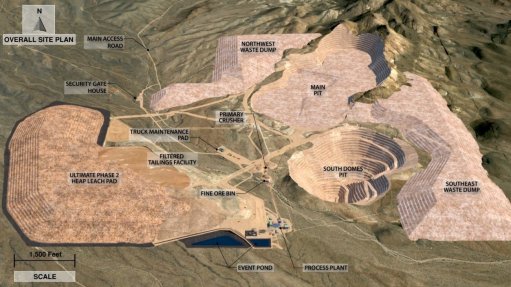 By: Bloomberg     22nd March 2021 Gold declined as the dollar remained resilient and 10-year Treasury yields held near the highest level in more than a year, weighing on the precious metal which doesn’t offer interest. Investors will turn their attention to a heavy slate of bond auctions focused in maturities that have gotten... →

By: Donna Slater     19th March 2021 Diversified gold producer Nordgold reports that its adjusted earnings before interest, taxes, depreciation and amortisation increased by 52% year-on-year to a record $1.01-billion in 2020. This performance was mainly the result of a more favourable gold price environment and a stable cash cost... →

By: Creamer Media Reporter      19th March 2021 Canada-headquartered Barrick Gold is continuing to negotiate with the government of Papua New Guinea about the Porgera mine, which entered care and maintenance nearly a year ago. Barrick CEO Mark Bristow says teams from both sides continue to work on the details of a mutually acceptable... → 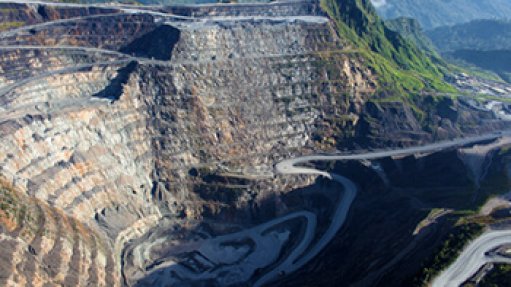 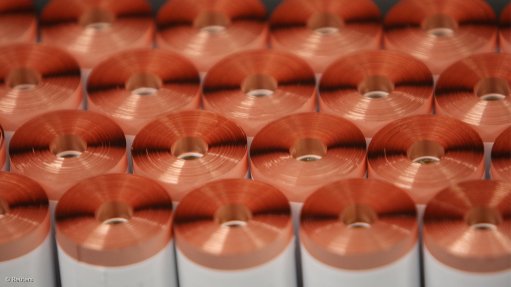 By: Esmarie Iannucci     19th March 2021 Gold miner Red 5 has completed the institutional component of its 4-for-21, fully underwritten accelerated non-renounceable entitlement offer, raising some A$39-million. The company earlier this week unveiled a A$175-million finance facility to fully fund the development of its... →

By: Mariaan Webb     19th March 2021 TSX-listed Ascot Resources has revised the initial capital estimate for the Premier gold project, in northern British Columbia, adding 20% to its estimated expenditure to bring the past-producing mine back into operation. Ascot in April last year announced a C$147-million capital estimate for... → 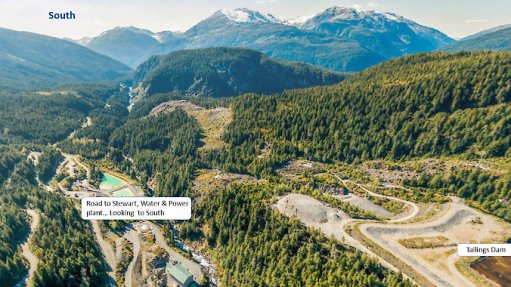 i-80 Gold concludes capital raising to execute on strategy

By: Creamer Media Reporter      19th March 2021 Toronto-listed Premier Gold Mines subsidiary i-80 Gold has closed its previously announced private placement offering of 30 914 614 subscription receipts of i-80, raising about C$80.4-million. "Upon closing of this financing, i-80 will have the balance sheet to execute on its business strategy,”... →