By: Martin Creamer     23rd March 2012 There is no point in Implats going back to the Zimbabwe negotiating table if South Africa’s errant neighbour is unable to show that it has access to between $500-million to $1-billion in cash to pay for the 31% of Zimplats. While it has agreed to be “fully contributory for cash at an... →

By: Martin Creamer     16th March 2012 South Africa’s once mighty chrome-to-ferrochrome industry, now threatened by an unexpected local oversupply of raw ore, is looking to get itself back on its feet by emulating what the Canadians did 40 years ago for their then teetering but now thriving Saskatchewan potash industry. →

By: Martin Creamer     9th March 2012 Mining Weekly today formally calls on the Department of Mineral Resources (DMR) to issue a media release each time it grants a mineral right or permit. This publication does so against the background of the DMR's reported refusal to provide such information. →

By: Martin Creamer     24th February 2012 Southern African platinum mining companies find themselves on the wrack, not only because of their dependence on a faltering Europe, but hit by a confluence of events that are drastically aggravating the situation. It is the perfect storm of South African government’s heavy-handed approach to... →

By: Martin Creamer     17th February 2012 The mining industry has been given 20 days from the Government Gazette notice of February 6 to offer ideas on lapsed and revoked South African mineral rights; BHP Billiton's Samancor has permanently stopped production of silica manganese; the South Africa government is promising the mining... →

Rent rather than nationalisation, Zim will not pay compensation, Australian mining investment

By: Martin Creamer     10th February 2012 The study by South Africa’s ruling African National Congress (ANC) gives mine nationalisation a firm thumbs down; Zimbabwe will shortly seize mining assets without compensation; and the study of South Africa’s Council for Geosciences into the country’s coal resources will be release in the first... →

By: Martin Creamer     3rd February 2012 Government-enforced safety stoppages at South African platinum mines is lacerating production; the platinum supply ebb is seen as positive for platinum prices; and palladium may be in short supply.  →

By: Martin Creamer     20th January 2012 South Africa’s State-owned freight logistics group Transnet says that it is on track to deliver between 70-million and 72-million tons of coal to the Richards Bay Coal Terminal (RBCT) by its financial year-end on March 31; black-owned diversified miner Exxaro has played its long-awaited iron-ore... →

By: Martin Creamer     16th December 2011 The platinum glut is set to diminish just as mine production declines for the first time since 2008; Foreign mining companies operating in Zimbabwe may be required to bank their money with local financial institutions; Ernst & Young reports an increased appetite for mining mergers and acquisitions; →

Where iron-ore will find its floor, Kumba says more supply than buy

By: Martin Creamer     9th December 2011 As South Africa’s largest iron-ore producer reports that there is currently more iron-ore supply than iron-ore demand, there is a strong contention that the ferrous metal is unlikely to sink below $120/t as Chinese steelmakers replenish stockpiles. →

By: Martin Creamer     2nd December 2011 Canada has the potential to create diamond beneficiation jobs as new mines come into production; the South African government is urged to better manage the impact of coal mining on country water supply; and →

By: Martin Creamer     25th November 2011 Chile and its State-owned copper company, Codelco, need to understand that it is the working men and women of the world who have provided the investment that underpins Anglo American Sur. In forcing Anglo to accept a pittance for its well-developed Chilean copper assets, Codelco and the... →

Nationalisation risk down, community attention up, mine water retorts offered

By: Martin Creamer     11th November 2011 The extension of the life of South Africa’s most prolific Venetia diamond mine is still on the cards; rrant Zimbabwe says it is on the way to earning more than $2-billion a year from diamond sales; the first parcel of diamonds from South Africa's recommissioned Tirisano diamond mine has met with... →

No, Codelco, what you’re forcing on Anglo is reprehensible nationalisation by stealth

By: Martin Creamer     4th November 2011 The State-owned Chilean copper miner Codelco is not playing the game with the steps it is taking to seize half of Anglo American’s Chilean assets. A howl of protest from South Africa’s diplomatic corps would not be out of order in this instance. What is happening is really mine nationalisation... →

By: Martin Creamer     28th October 2011 Mozambique is poised to become a significant coking coal producer; Zimbabwe stands to lose significant foreign direct investment; and there is a plea for South Africa's black economic-empowerment (BEE) participants to be allowed to trade their shares. →

By: Martin Creamer     14th October 2011 Shock waves are reverberating along the corridors of mining power on the news that minerals economics stalwart Roger Baxter has quit his position as South African Chamber of Mines senior executive strategy to join a company within the diversified Rio Tinto group in Canada. The 45-year-old Baxter... →

By: Martin Creamer     7th October 2011 China’s Minmetals Resources has offered to buy Anvil, a new study is examining options to boost Mozambique’s export infrastructure, Sallies’ delisting from the JSE is set to take place before the end of June 2012. →

By: Martin Creamer     30th September 2011 Commodities have been he only game in town in a stronger-for-longer cycle, but world-renowned economist Nouriel Roubini view expressed to a South African audience is that the down-dip risk has still to be priced in, which may present some shocks in the future. →

By: Martin Creamer     23rd September 2011 Zimbabwe’s topsy-turvy licence discussion is sowing investor uncertainty; Rio Tinto's Murawa in Zimbabwe is being eclipsed by a new diamond company; and mining boss pay continues to be of the bumper kind this year →

By: Martin Creamer     16th September 2011 India’s Ministry of Mines is working on a flow-through share option; mining output in South Africa fell for the third consecutive month in July; ratings agency Moody's has patted Gold Fields on the back for being less South Africa.  →

By: Martin Creamer     9th September 2011 While there has been a loss of confidence in nuclear power and uranium mining in the wake of what happened to the Fukushima nuclear power plant in Japan, some remain steadfast advocates of what they see as an energy source that will continue to play a significant role. While it is true that... →

By: Martin Creamer     2nd September 2011 A replication of the Chinese resources acquisitiveness that took place in Australia from 2007 to 2010 will repeat itself in Africa over the next two to three years, says China-focused advisory firm Beijing Axis founder and MD Kobus van der Wath, who has been studying China’s growth for nearly two... →

By: Martin Creamer     26th August 2011 Mining and the minerals are integral to modern society and really matter for the growth and development of South Africa. Chamber of Mines of South Africa senior executive Roger Baxter has pointed out in talks to the media, mining and minerals are an essential component for sustainable... →

By: Martin Creamer     19th August 2011 South Africa should look at a sovereign wealth fund to quell nationalisation calls;Brazilian mining major Vale has shipped the first coal from Mozambique; and the gold price could top $2 000/oz by the end of the year, says the exiting Aurizon CEO.  →

By: Martin Creamer     12th August 2011 Chinese company SSC Mandarin of Hong Kong has agreed to buy Pamodzi Gold’s Orkney gold mine out of liquidation for R150-million; the purchase takes place as an in-camera Master of the High Court enquiry is under way into the Pamodzi Gold liquidation. →

By: Martin Creamer     29th July 2011 Cooperation among Southern Africa countries needed to unlock the value of the region’s coal resources; Gem Diamonds contracts Redpath South Africa to develop a sand tunnel at Ghaghoo in Botswana; and Taung Gold gets going at its Evander 6 shaft project. →

By: Martin Creamer     22nd July 2011 Anglo American could emerge with a discard coal power project in eMalahleni; the Australian carbon tax to hurt all exporters; and BHP Billiton may bid for more shale gas. →

By: Martin Creamer     8th July 2011 Transnet Freight Rail’s (TFR’s) newly reinstated CEO Siyabonga Gama wants manganese exported from Coega; the long-term outlook for uranium is seen as sound; and a political analyst says that South Africa’s centre should begin to assert itself to ensure that the country ceases to be polarised by... →

By: Martin Creamer     1st July 2011 Tax changes may derail Palabora Mining’s black economic-empowerment deal; the R225-million allocated for the acid mine drainage problem is not enough; and liquidators have put Pamodzi Gold back up for sale. →

By: Martin Creamer     24th June 2011 Hot on the heels of Mining Weekly’s story on the unintended consequences of the US’ Dodd-Frank legislation aimed at combating conflict gold, the World Gold Council has produced a draft framework of standards to combat gold that “enables, fuels or finances armed conflict”. Mining Weekly reported... →

Construction starts at historic Kipushi zinc mine in DRC 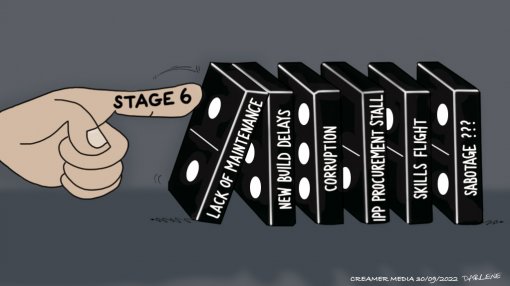 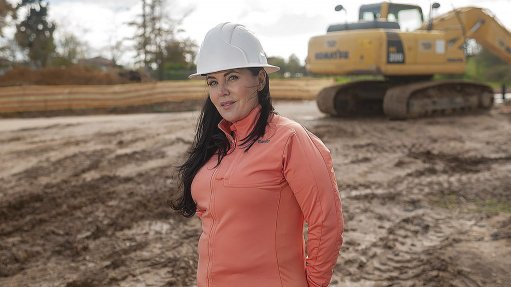