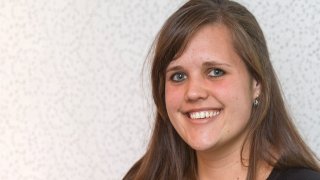 Tata aiming to take African business to the next level

25th September 2015 Multinational company Tata is looking to take its business on the African continent to the next level. Tata Sons business development and public affairs head Madhu Kannan told journalists that while the group had worked on the continent for almost 40 years, “the game right now is to see if we can... →

24th July 2015 Persons working in hazardous locations have to understand their environment, its associated risks and the applicable laws and standards better, the South African Flameproof Association (Safa) tells Mining Weekly, stating that education is of paramount importance. In addition, better monitoring in... →

17th July 2015 Mining major Anglo American did not have to change the way its enterprise development arm Zimele functioned to adapt to the amended Broad-based Black Economic-Empowerment (BBBEE) Codes of Good Practice, which came into force in May, Zimele MD Hlonela Lupuwana tells Mining Weekly. She explains... →

1st May 2015 While results from the first year of the dual-system apprenticeship project (DSAP) pilot in South Africa have been positive, with a second intake of learners and additional pilot sites being planned, convincing employers to participate remains a challenge, representatives from the Department of... →

30th January 2015 Total technology solutions provider Tenova Mining & Minerals’ client support services division secured the supply and installation contract in November last year for the refurbishment of a  Redler chain elevator for a brewery in Johannesburg. The contract was awarded to the company on the back of... →