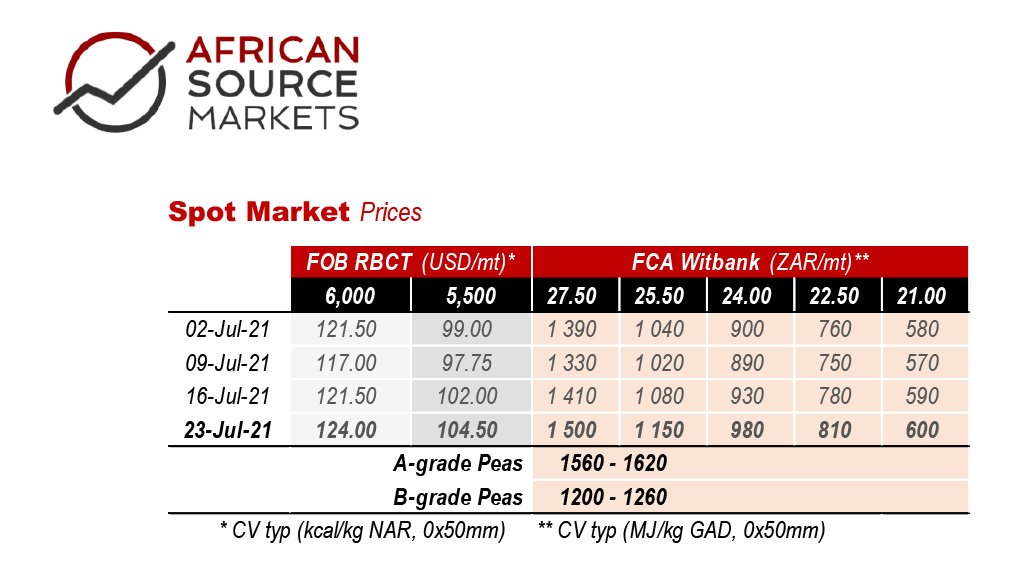 Australian coal prices continue to firm as the Newcastle vessel queue sticks above 40, ensuring the FOB spread remains well over U$25 in favour of Australian coal. However, at around US$150, Newcastle prices may have topped out for now.

Chinese domestic prices are also a little softer, after a mad scramble to rail coal into the flood-affected Henan province.

Eskom is being encouraged to review its timeline of coal plant shutdowns, in a new report from SA’s influential Trade & Industrial Policy Strategies (TIPS) think tank, suggesting that the Presidential Climate Commission and NEDLAC should facilitate stakeholder engagement regarding a Just Transition with the coal value chain.

On the global front, G20 environment ministers struggled to reach agreement on committing to shutting down coal, leading up to COP26.

Zimbabwe Power Company has issued invites for the supply and delivery of coal to its Bulawayo, Munyati and Harare power stations.