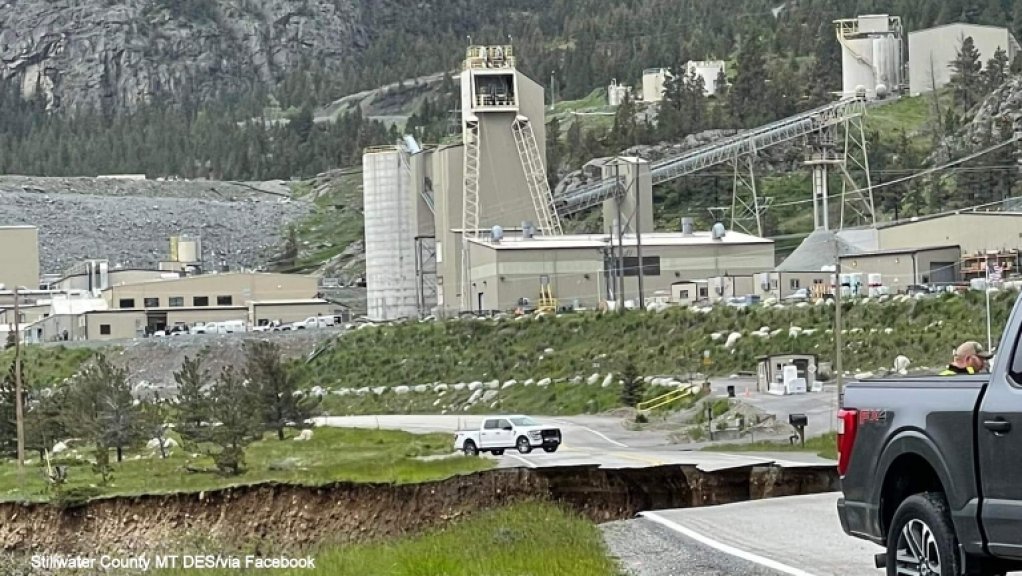 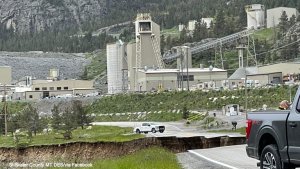 The Nye road (419) has been closed because of flooding.

Precious metals miner Sibanye-Stillwater reported on Tuesday that all its employees at the Stillwater mine, in flood-hit Montana, were safe, but stated that roads and bridges leading to the mine had been damaged.

The region has experienced widespread floods since Monday, after a warm spell led to a rapid melt of accumulated snow in the mountains and associated runoff, which was exacerbated by heavy rainfall over the weekend.

Sibanye said that its Stillwater mine had been most affected by the floods. The road between Nye and the mine had been eroded and several bridges in the region had been damaged.

“This is likely to restrict access to the Stillwater mine for some period that will be better known in the next few days,” the company said.

The East Boulder mine was less affected and access currently remained intact.

Sibanye said a full assessment of the regional impact of the floods and the impact on the operations would be undertaken once the floodwaters had subsided, likely in the next few days.

The Stillwater mine is currently supporting campers that are arriving from the nearby Woodbine campground.

According to the Stillwater county’s Department of Emergency Services Facebook page, emergency responders, along with the Stillwater mine, rescued 68 people from the Woodbine campground and surrounding area. Evacuees were ferried out of the area by raft.

Stillwater county states the flooding along the Stillwater and Yellowstone Rivers and Rosebud Creek was "unprecedented".