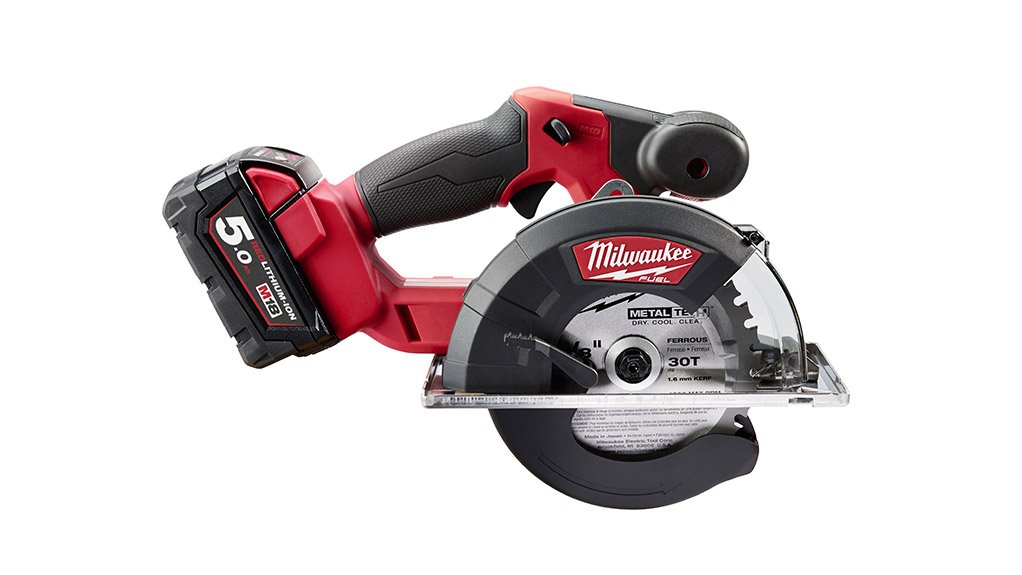 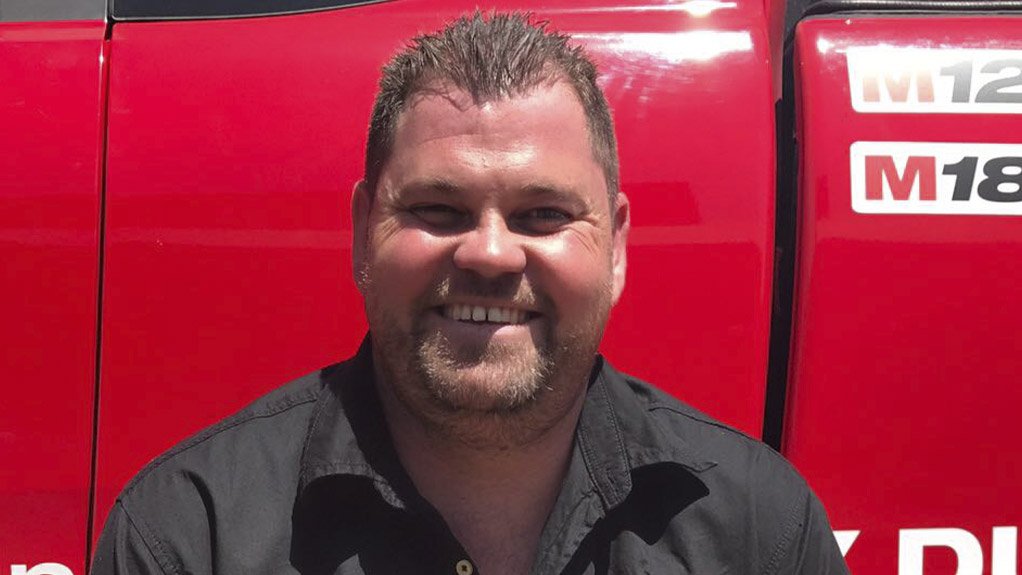 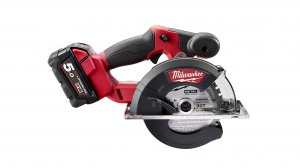 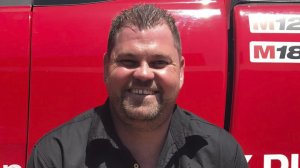 IMPROVED DESIGN The Milwaukee M18 FMCS metal-cutting saw uses a Powerstate brushless motor, which improves the motor life of the tool by up to ten times that of the competition
WERNER KOCH Several mining houses in South Africa are continually using between 20 and 30 M18 FMCS metal-cutting saws at about nine mining shafts for different applications

Four M18 FMCS metal-cutting saws are being used by contracting company EDC Engineers and Contractors for the construction of a storage warehouse in Brackengate, in the Western Cape. EDC is using the tools to cut cable trays, struts and threaded rods.

“This tool is a great problem-solver for EDC, as the company’s biggest issue was cutting the threaded rods into different lengths. “When cutting the rods in a conventional way, EDC had to transfer it back and forth from the workshop to the site. “They liked the burr-free feature of the tool and that it is portable,” explains Upat Milwaukee product specialist Werner Koch.

Several mining houses in South Africa are continually using between 20 and 30 M18 FMCS metal-cutting saws at about nine mining shafts for different applications, he adds.

The saw is used mainly to cut off roof bolts quickly and safely, in addition to cutting steel pipes, plates and bars of up to 10 mm in thickness. The tool uses a Powerstate brushless motor, which improves the motor life of the tool by up to ten times that of the competition.

Koch says the M18 FMCS metal-cutting saw is a “very unique tool to the market” because the tool uses a carbide cutting disc which moves at low revolutions per minute – which means no sparks are created – thus providing a much safer cutting environment for the user. Compared with traditional angle grinders, the M18 FMCS metal-cutting saw provides a cleaner and neater finish, owing to the burr-free cutting feature.

For enhanced safety, the tool has an electronic brake, which causes the blade to stop immediately after releasing the trigger. The tool also has a double-action trigger so that it cannot be started unintentionally – a switch must be pressed with the thumb before the trigger to start the tool can be pulled. The tool is also much lighter than a conventional angle grinder.

The saw is part of Milwaukee’s M18 range of tools – consisting of more than 150 products –which operates on the same battery. The Redlithium battery platform delivers more work per charge, in addition to more work over pack life while the on-board fuel gauge monitors the charge more accurately, thereby minimising downtime.

Further, Milwaukee’s Redlink Plus intelligence system is an on-board electronic system incorporated into every tool and battery, which delivers an advanced digital overload protection for the tool and battery, preventing damage caused by overloading or overheating.

Koch points out that it is the world’s first single 18 V battery-operated large angle grinder.

He highlights that the tool is extremely lightweight – 5.2 kg – with the battery. It also has a built-in electronic brake that slows down the disc at a much greater rate than a traditional angle grinder while continuing to provide the user with performance equal to that of a corded 230 mm angle grinder.