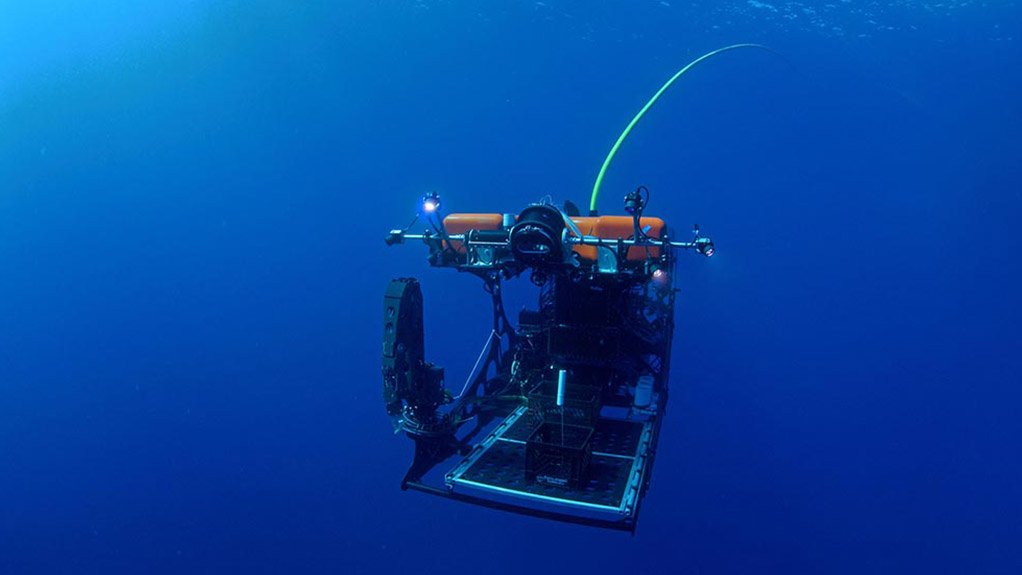 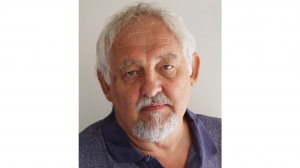 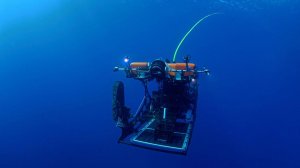 Steenkamp’s assertion is corroborated by independent geologist Dr Johan Hatting, who confirms that 4% of the diamonds emplaced in kimberlites in the Southern Africa subcontinent can be accounted for through production and resource data onshore, while the remainder can be found in the Atlantic Ocean.

Hatting indicates in his March 2018 research report, ‘Diamond Potential of the West Coast of South Africa’, that offshore deposits have the same diamond grades as their onshore counterparts and, in most cases, “boast even better grades”, owing to the added enrichment caused by the re-deposition of the eroded and relocated diamonds. He further enthuses that the offshore diamond deposits on the country’s West Coast are a largely untouched and undiscovered resource.

Despite the potential wealth presented by marine diamond deposits, Steenkamp suggests that midwater marine diamond mining has previously been inhibited by a lack of effective remote mining tools. He states that large companies, such as global diamond mining company De Beers, have managed “to flex their financial advantage” by effectively deploying subsea crawlers in deeper marine mining areas that are more conducive to excavation equipment, owing to their flat seabed.

“The midwater seabed – which refers to the ocean floor at depths between 30 m to 60 m – has virtually been untouched because it is too deep for the effective use of divers, while crawlers are not able to traverse the rugged, uneven seabed,” says Steenkamp.

He explains that remote technology that marries a jet pump to an auger head with gears capable of cutting and crushing rock is now a reality, while powerful miniature cameras that can operate in underwater depths of more than 100 m are also now available off the shelf. These small cameras and powerful light-emitting-diode lights can be used to effectively monitor remote mining operations on the seabed, with the development of new infrared technology further enabling an operator to “read” the ocean floor and find trap sites at bedrock depths, he adds.

Steenkamp suggests that junior mining operations will be able to deploy highly effective mining vessels that can pump enriched diamond concentrate from the seabed 24/7, and be operated by a crew of 30 professionals. He states that using this method will prove to be a more cost-effective and lucrative mining operation as opposed to a land-based counterpart.

Steenkamp concludes that the diamond mining industry is “now standing at the dawn of a new exciting marine mining era that will deliver spectacular results”.

The concession runs parallel to the coast for 25 km from Rooiwal Bay, near Groen river, to Naragap Point, adjacent to the famous Koingnaas diamond deposits. The 100km2 concession area stretches 5km into the sea.

Owing to the historical lack of effective subsea mining technology for midwater mining, the concession has never been prospected or mined. However, owing to recent technological advancements in underwater mining technology, Mza Diamond Resources now aims to collect between 300 to 400 samples totalling 4 000 t of gravel within the next six months to establish the grade and volume of the resources.

Steenkamp notes that “after having completed its bulk sampling project, Mza Diamond Resources will consider acquiring and commissioning a dedicated midwater mining vessel that can mine the rugged midwater seabed”.

The company has deployed a small diving sampling vessel that identified more than 60 high-potential diamond deposit sites. One such site is the sunken Swartlintjies river channel, which is directly adjacent to land-based diamond mining operations that have delivered an average of between 11000 ct/m and 13000 ct/m, says Steenkamp. Mza Diamond Resources intends to focus its bulk sampling operations on a major section of the submerged river.

He adds that marine geologists had previously done estimates for the company by taking into account the average grade in the shallower marine area adjacent to 7B. Steenkamp says he “would rather not speculate because the figures are simply staggering and [he] would rather have proven data before mentioning any definite figures”.