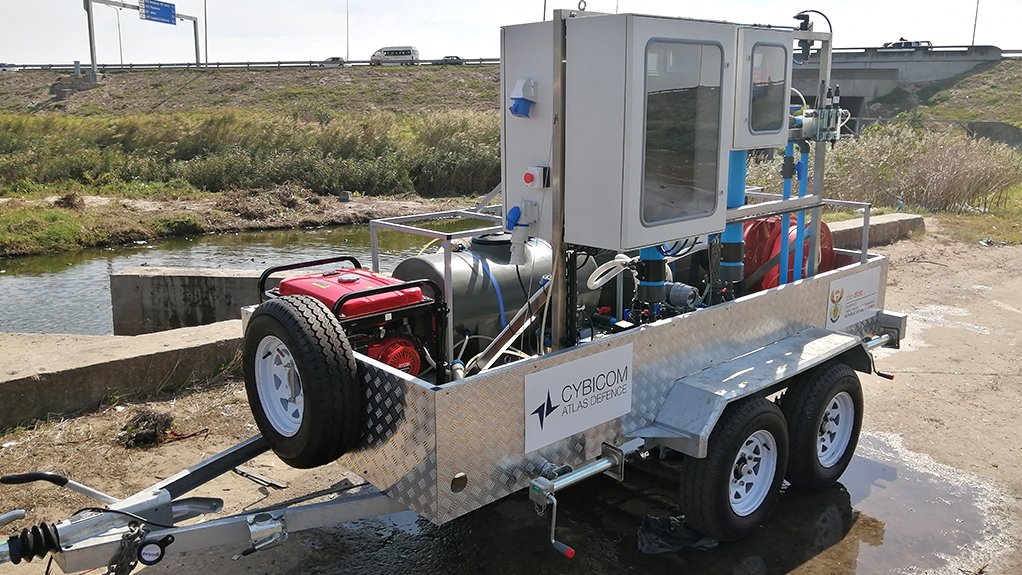 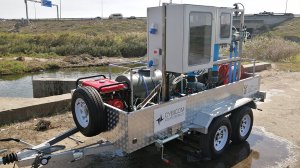 With ballast water discharge posing significant disruption and potential damage, regulations are being incrementally enforced to reduce the environmental impact, which, in turn, has created a need for cost-effective, efficient ballast water treatment.

South African electronics and systems engineering company Cybicom Atlas Defence meets this need with its Hydrotron solution, which kills organic organisms in the water, allowing for it to be safely discharged.

Ballast water reduces the amount of stress on the ship's hull and provides stability during a voyage, but releasing untreated ballast water has caused concern from an ecological viewpoint because it is collected in one area and discharged in a different area.

Ballast water contains organisms and pathogens, such as invasive species, bacteria, microbes and larvae, which is foreign to the environment in which it is discharged and can disrupt the ecological balance of the environment, explains Cybicom Atlas Defence MD Dave Viljoen.

Multiple technologies – such as chemical treatment, filtration, reverse osmosis, and ultraviolet light treatment – can be used for effective ballast water treatment, but they are often expensive, time consuming and energy intensive.

As a result, organisms are broken down at molecular level, and the ballast water is sterilised from the chloride created as by-product of the process, which can kill both microbes and larger invertebrates, such as plankton.

Viljoen adds that the process does not clean the ballast water in terms of taking out any metal toxins, but only the organics in the water.

In addition to a lower power consumption, which reduces operating costs, the Hydrotron boasts a small physical footprint, which allows for easier integration into existing pipework and machinery space. Components, such as filters, chemicals or bulbs, do not have to be replaced, which again reduces the through life support costs and logistics.

The Hydrotron has been adapted from existing water treatment technology, developed in South Africa.

The adaption of the existing technology has been funded by the Department of Trade, Industry and Competition, and its initiative the Aerospace Industry Support Initiative, or AISI.

Cybicom presented the concept and the long-term goal was immediately recognised. The company was fortunate to receive the funding needed to create a mobile test unit by adapting the land-based technology, in order to undertake a testing and validation process, explains Viljoen.

A critical factor in the solution’s development was the testing protocol in line with IMO regulations, which stipulate the acceptable levels of organics, such as escherichia coli, enterococci, phytoplankton and zooplankton, which have to be treated in the discharged water.

Cybicom received assistance in testing the water samples from professors at the universities of Cape Town and Stellenbosch.

Viljoen explains that the tests were conducted on untested water samples from the Milnerton Lagoon and fresh water rivers at the outlets to water treatment plants within the Cape Town urban area. These were specifically chosen as these water bodies are known to have high counts of bacteria and pathogens. The pre-existing water conditions account for some of the differences in the test outcome as the input to the system is uncontrolled.

“It's very difficult to verify a system when you're using real-world test sites and locations because the conditions at those sites change from day-to-day,” says Viljoen.

Cybicom aims to create standardised and cultured water samples for future testing where the input to the system is known. This will ensure controlled samples prior to the treatment, compared to using on-site testing samples that are inconsistent, depending on the conditions.

Further, the solution can also be used to treat other sources of water, such as borehole water and river water, particularly in rural areas. The technology can kill organics to make the water safe to drink.

The next stage for the solution is further testing and evaluation to better understand the mechanics and build a more conclusive specification of the system’s performance.

Cybicom is also aiming to attract investment funding to ensure that the solution can be awarded IMO certification that would, consequently, allow for it being used by ship operators, Viljoen concludes.