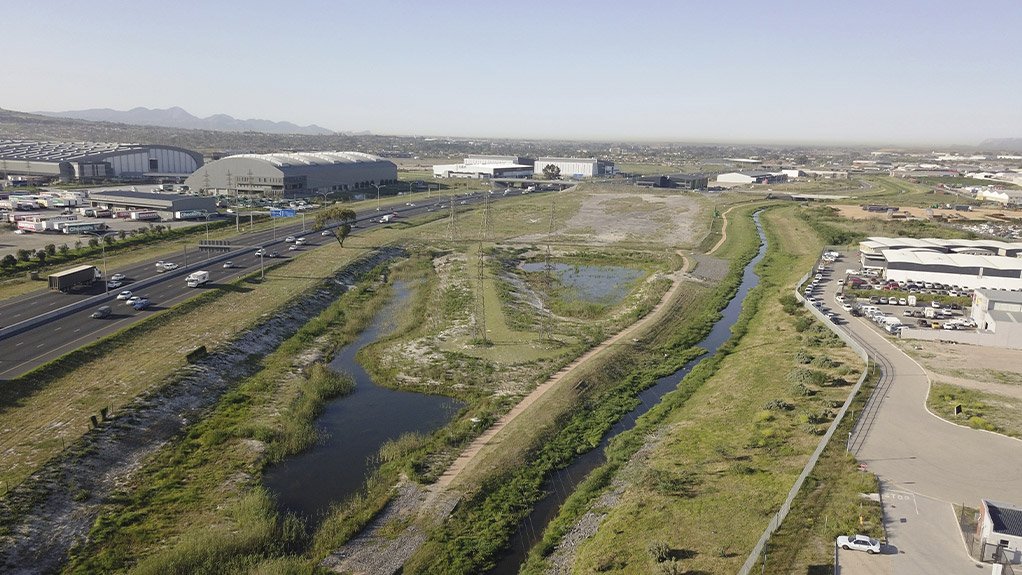 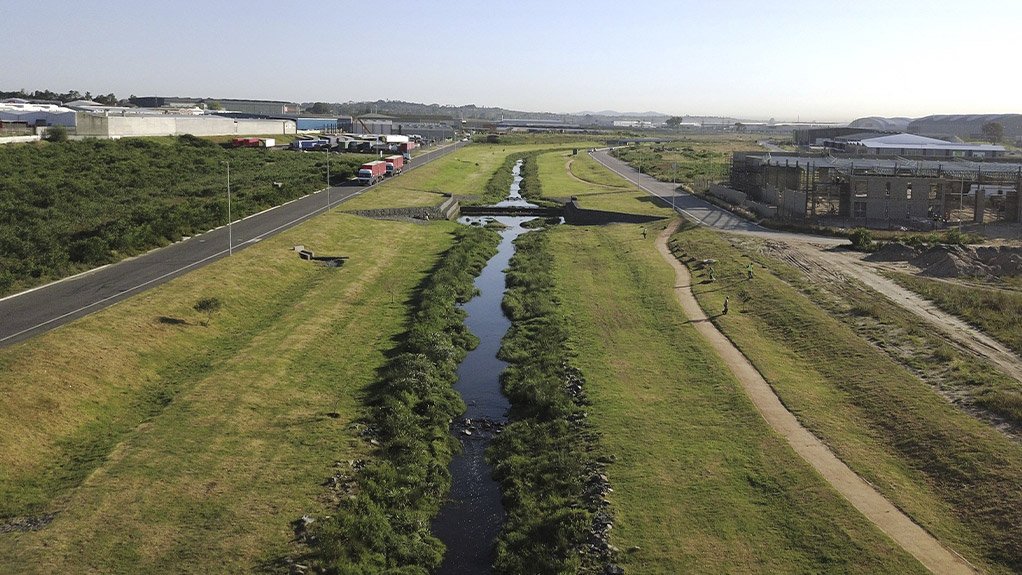 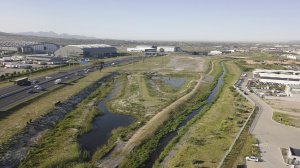 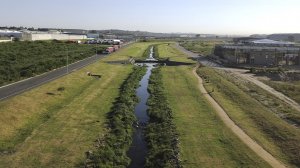 OFFSET WETLAND The wetland improved biodiversity and water quality, as well as a reduction in the flood peaks, as the wetlands would act as compensatory flood storage areas
THE KUILS RIVER UPGRADE PROJECT This section of the river was subjected to frequent flooding, with progressive and uncontrolled lateral and vertical erosion of the sandy bank and beds

The Kuils river upgrade project for the City of Cape Town recently won the Consulting Engineers South Africa AON Engineering Excellence Award 2021 for projects with a value of less than R50-million.

This section was subjected to frequent flooding, with progressive and uncontrolled lateral and vertical erosion of the sandy bank and beds, says Zutari consulting engineer Matthew Phillips.

The decision to take on this project came about as the co-owners were unable to develop land surrounding the river because the area on both sides of the banks of the river would be flooded in a 100-year flood event, which means there is a 1% chance that a flood event will happen in a given year.

Therefore, according to the city’s policies, the development in the area known as the Stikland Industrial Precinct could not be developed as the Kuils river passes through the area.

These floodplains are determined by the City of Cape Town. The co-owners and Zutari developed a sustainable and ecofriendly river corridor plan for the section in question.

As part of unlocking the development of that area, Zutari designed the river upgrade so that the floodplains could be contained within a 50-m-wide corridor, says Phillips.

Several conditions needed to be met by the developers to achieve this, including a stormwater master plan, completed in December 2016, and river modelling and detailed design, completed in February 2017.

The construction of the river upgrade began in March 2017 and the project was finally handed over to the City of Cape Town in July 2020.

Phillips highlights that one interesting aspect of the project was the design of the offset wetland habitat to ensure biodiversity in the area.

“The 2.4 ha of wetland aimed to replace the lost wetland area, which consists of a permanent and seasonal wetland which interacts with the river.”