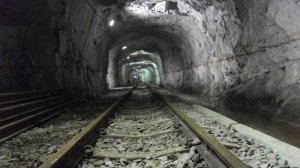 He explains to Mining Weekly that Flint Construction, established in 1992, was absorbed by commercial and industrial services group First Tech Group in 2010.

Following First Tech’s liquida- tion in 2013, Flint bought the assets that belonged to Flint Construction and established a rail and civil engineering company under the name Loning Hill Properties.

Flint says: “What eventually motivated the name change back to Flint was that the name seemed to have stuck and carried some weight in the mining industry.

“The company is fortunate to have most of the original team that started the company and thus has a depth of knowledge and experience on board to assist in growing the business in the future.”

He says that while the company has been able to keep employment steady at about 220 individuals, there is still some downside risk that existing and potential future projects may be shelved or reduced, given the low in the commodities cycle at present.

It is increasingly unlikely that another South African deep-level conventional mine will be developed in the near future, Flint states, adding that the current pool of existing conventional mines is, therefore, the segment of the underground market which the company considers for projects such as incline shaft rehabilitation, civil works, box fronts and thermit welding.

A new management team will be led by Pierre Swanepoel, who has been with the team for nearly 20 years and helped to establish Flint Construction’s reputation when the company was first established.

Meanwhile, with the growing demand for surface and underground rail and civil projects from many of the bigger mining houses, Flint Rail Projects has been affected by the steep drop in commodity prices and the effect it is having on the company’s major clients, says Flint.

With many of the bigger contractors aiming to expand into Africa, Flint Rail Projects has followed suit and, while no work is presently being undertaken outside South Africa, the company has completed projects in Mozambique, Tanzania and Zambia during the past 18 months, Flint concludes.