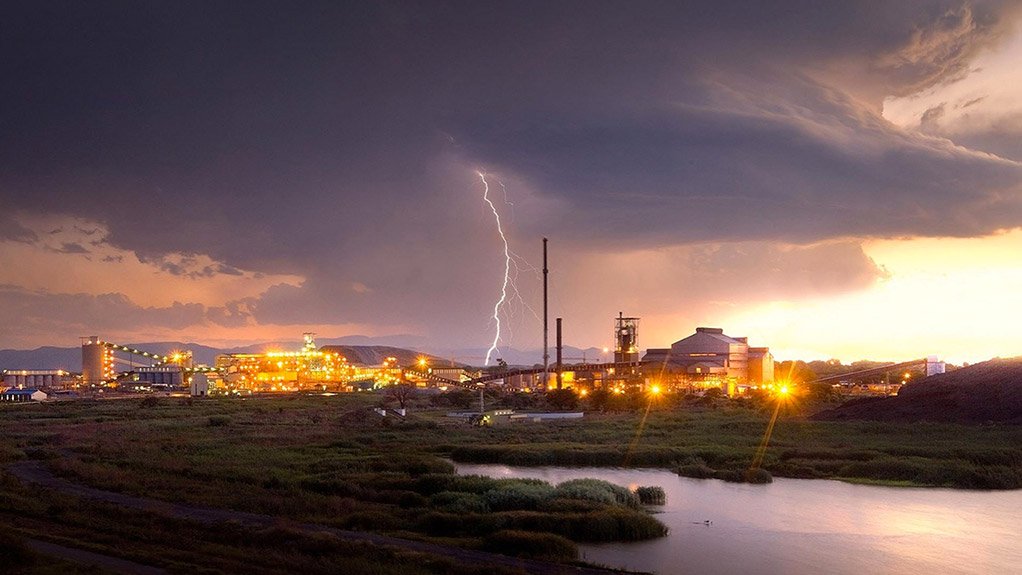 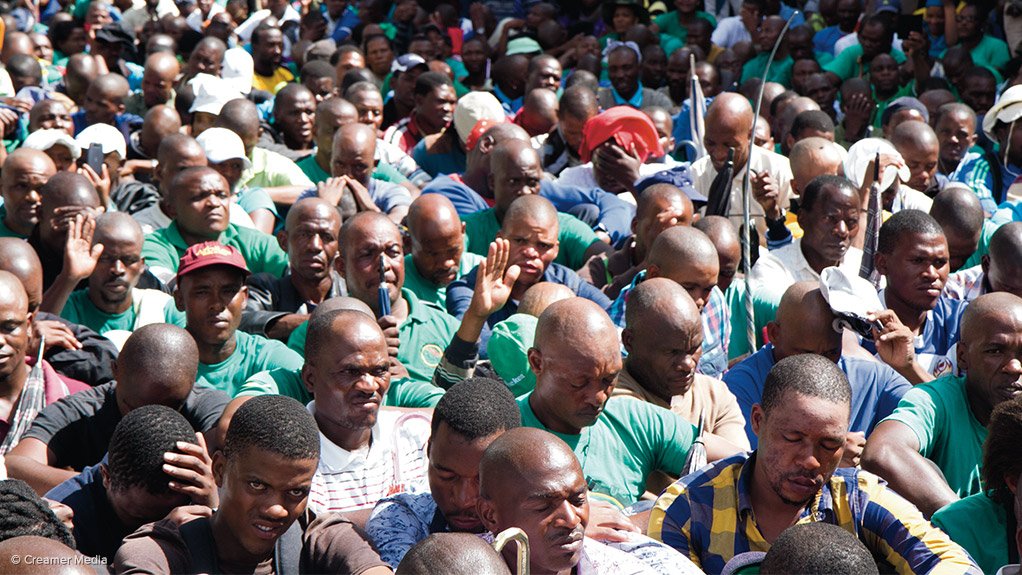 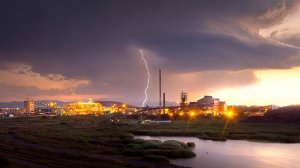 UNION MINE Anglo American Platinum’s decision to discard several of its local mining operations will have a significant impact on mineworkers
UNDERLYING ISSUES AMCU’s members held out for five months without pay, which highlights the desperation that exists in sections of South Africa’s working demographic

According to platinumwagenegotiations.co.za, which was established by the three major platinum miners that were directly impacted on by the 153-day-long strike – namely Impala Platinum, Amplats and Lonmin – the three companies incurred a total revenue loss of about R24.1-billion during the strike.

Zonke believes that Amplats’ decision to discard several of its local mining operations will have the most significant impact on mineworkers “who will soon feel the full consequence of their pyrrhic victory over mining houses”.

Echoing these sentiments, independent economic research house Economists.co.za economist Mike Schüssler told Mining Weekly in July that it would be “impossible” for the mineworkers, who were on strike from January 23 to June 24, to make up the wages they lost in that period, adding that many of these workers had in fact also incurred significant debt during this period.

Zonke points out that any new investors in platinum mining operations will probably exploit a project’s reserves in the “most cost productive manner,” by not employing a large workforce, thereby avoiding the associated labour risks.

“Therefore, new operations are likely to be highly mechanised and existing mines will be upgraded to accommodate mechanised mining as much as possible,” he states.

However, Zonke points out that new investors may face opposition from government when it comes to the establishment of mechanised or automated mining operations, as these would not allow for a substantial workforce.

Meanwhile, South Africa’s ruling party, the African National Congress (ANC), released a statement in July stating that it would prefer South African investors to take over the mines that Amplats is divesting from.

Nevertheless, Zonke points out that the ANC assured Amplats it would not intervene. However, he believes it is likely that government will “in one way or another, get involved in the sector in the near future”.

“State interventionism would essentially be a desperate attempt by government to stabilise a critically important part of the country’s economy,” he says.

“Compromises will have to be forthcoming from all industry stakeholders, including the private sector, government and workers, to ensure that South Africa avoids a future economic and social disaster.”

He notes that, for mineworkers and government, this will involve accepting that the local mining industry will have to become highly mechanised in the long term and that this means it will require significantly less labour.

“The private sector’s compromise will entail accepting the reality that local communities and the nation, as a whole, will have to benefit significantly more from the mining sector than in the past,” adds Zonke. He emphasises that, while mining companies may try to highlight the amount of revenue they contribute to national accounts, “this will not assuage the South African population, which has become increasingly disconnected from government and the ruling party”.

Zonke also cites the aftermath of this year’s platinum-sector strike as another important issue that should not be overlooked, as the labour challenges in the platinum belt have highlighted a wider malaise in South Africa’s economy.

“It’s 20 years into South Africa’s democratic dispensation and the country is still left with a substantial number of very poor people. This includes workers and their large number of dependants, who are also often unemployed and rely on the income of a sole breadwinner.” He further notes that, while the Association of Mineworkers and Construction Union (AMCU) did finally come to the negotiating table, the union’s resolve in holding out for five months without pay highlights the desperation that exists in parts of South Africa’s workforce demographics.

With this in mind, Zonke highlights that the struggle to meet the economic demands of families was a key driver among striking mineworkers, and a matter that was not resolved by the settlement.

As a result, he predicts that government, the private sector and unions will find themselves at the centre of another major struggle in the near term.

“We saw how the strike in the metals and engineering industry came soon after the end of the platinum strike. This further highlights that South Africa’s labour market is facing a number of issues that still need to be constructively and holistically tackled by all stakeholders if long-term labour stability is to be attained.” Zonke further points out that the AMCU-led strike exposed government’s inability to swiftly and effectively resolve serious national labour disputes.

“However, I believe that mining companies can still play an important role going forward to avoid the recurrence of similar incidents of unrest by being at the forefront of socioeconomic development in the places where they operate, as well as in the lives of their mineworkers. This will ensure that stability in the local mining sector is maintained,” he concludes.