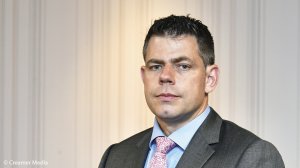 Mining Weekly can report that the London Aim- and Johannesburg-listed company has proposed a 28.5% increase in final proposed dividend of R402.2-million, or $28.3-million.

The group’s underground operations have performed well, which the company puts down to the development initiatives and innovations implemented over the past years.

The availability, for the first time, of four high-grade mining platforms and expanded footprints in the mining areas at Fairview Mine have contributed to an increase of 29.4% in yearly production from Barberton Mines’ underground operations.

Ramp up of production at Evander Mines’ 8 Shaft pillar operation highlights the potential of this high grade underground orebody, with production now in line with mining plans.

The renewal of Barberton Mines’ mining rights by the Department of Mineral Resources and Energy for a further 30 years endorses our technical work and the long-term LoM plans submitted for these mineral resources.

Earlier this year, Pan African announced the reassessment of its organic growth opportunities and resultant reprioritisation of capital expenditure (capex).

This gave rise to a reschedule of the Egoli project’s development timelines, as well as a re-evaluation of existing underground mining opportunities at Evander Mines’ 8 Shaft 24, 25 and 26 Levels, following cessation of mining at the 8 Shaft pillar.

Independent reviews have reportedly confirmed that no fatal flaws exist in the group’s internal technical and economic studies, which indicate compelling recovered grades and gold production from these areas.

Mining at the Egoli project and 25 and 26 Levels is to be phased in, following the cessation of underground operations at 24 Level. The capex on these projects will be funded from internal sources, subject to the current gold price environment prevailing.

At Barberton Mines, underground development at Project Dibanisa, which connects Sheba Mine to Fairview Mine at the top of the Main Reef Complex Shaft, has been progressed.

The extraction of a 10 000 t bulk sample is also currently in progress at the Royal Sheba project. These projects are expected to improve Barberton Mines’ production profile in the coming years, and together with other initiatives, reduce the operation’s AISC.

“We are, once again, pleased to report major positive strides in Pan African’s operational and financial performance, despite the challenges of the ongoing Covid-19 pandemic.

“The operational flexibility afforded by our multiple producing assets has enabled the group to improve margins, achieve record profits and realise our second-highest annual gold production. We are also proposing our highest-ever dividend for approval at the upcoming annual general meeting,” said Loots.

The 69%-higher HEPS has enabled the 45.6% debt reduction in Group net senior debt and kept Pan African on track to invest in its own assets and boost the dividend proposal..

Above-inflation increases in electricity tariffs and the marginal strengthening of the South African rand have resulted in AISC rising 9.9% to $1 261/oz.

The  low-cost operations of Barberton Mines’ underground, Elikhulu surface retreatment and the Barberton Tailings Retreatment Plant, which account for more than 75% of total production, were at $1 151/oz AISC, taking the margin to 37% at the average gold price of $1 826/oz realised from these operations.

Safety rates improved at Evander Mines, where more underground crews were deployed. Operations have partnered with nearby healthcare facilities to support the national roll-out of Covid-19 vaccines.

Environmental, social and governance (ESG) initiatives have been intensified over the past years, with the adoption of a ‘beyond compliance’ ESG approach. This year, Pan African will publish its first ESG report, where details of its initiatives and ESG approach are reported in line with global ESG reporting standards.

At the Blueberries project, in Barberton, 96 000 plants have been delivered to site as part of phase 1, from which first production is expected by June 2022. Social benefits of this project in the surrounding communities are already evident with the creation of employment and increased trading opportunities for local small businesses. Also in Barberton, the company has partnered with the Barberton Nature Reserve and conservation agencies to protect and preserve the biodiversity and natural resources of the region, including funding the care of orphaned rhinos.

At Evander Mines, the construction of the 9.975 MW solar photovoltaic renewable energy plant is advancing on schedule for commissioning by November 2021. A feasibility study on an extension of this facility to an estimated capacity of 26 MW has also commenced, where the additional 16 MW will be utilised by Evander Mines’ underground operations.

A feasibility study for a 10 MW solar photovoltaic renewable energy plant at Barberton Mines is also being conducted.

These renewable energy initiatives will contribute to meaningful reductions in greenhouse gas emissions.

At Evander Mines, a bankable feasibility study on a reverse osmosis water retreatment plant that will produce potable water for daily consumption from recycled underground mine water was completed, with substantial anticipated cost savings and a positive environmental impact. It expects to complete the construction of this plant within the next financial year.

The group remains on track to produce a minimum of 195 000 oz of gold for the financial year ending June 2022, which is in line with existing planned production profiles, until the growth projects currently being progressed are brought into production.

The Pan African board has approved the initiation of a share buy-back programme, which was approved by shareholders last year.