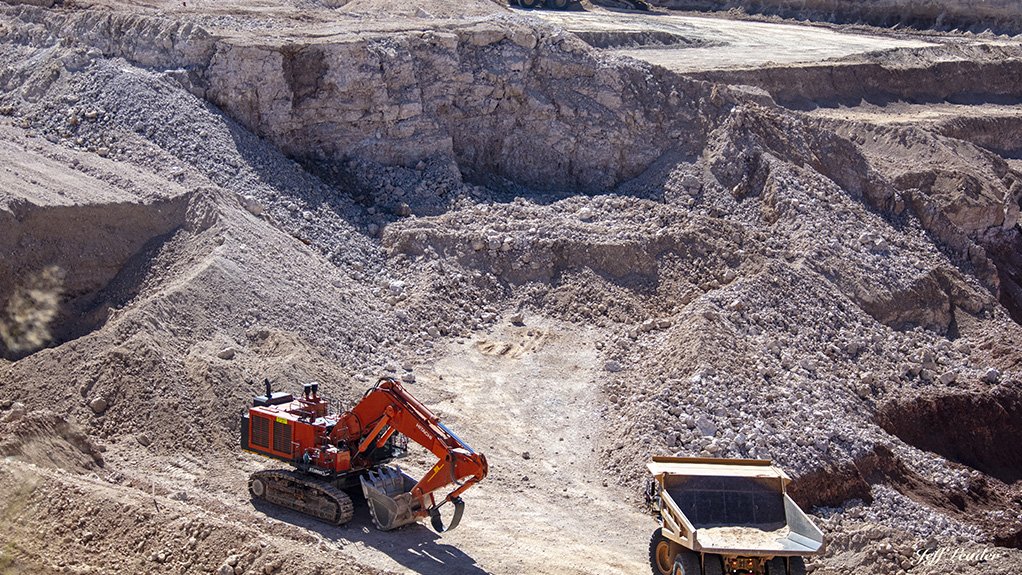 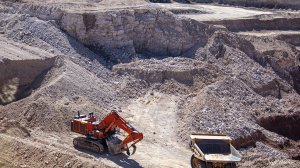 JOHANNESBURG (miningweekly.com) – With mining now ramping up, the new Mokala manganese mine in the Northern Cape anticipates being at steady state production by the third quarter of 2021.

Once that happens, the mine expects to be producing more than one-million tonnes of manganese ore a year, with an opencast life-of-mine of more than ten years. Beyond its opencast activities, additional resources are available underground.

Importantly, the mine intends to establish a solar-powered, renewable energy supply in the near term that will decrease its carbon footprint.

The mine is 51% owned by Ntsimbintle Holdings Pty, a broad-based black economic empowerment company led by businessman Saki Macozoma, and 49% by Glencore plc, through its wholly-owned subsidiaries. While Ntsimbintle contributed the exploration and mining rights, Glencore is the project’s technical partner.

Mokala is the second mining project that Ntsimbintle has brought into production in the last ten years, after Tshipi é Ntle Manganese Mine, also located in the Northern Cape.

Site establishment began at Mokala in May 2020, amid the onset of the Covid-19 pandemic. Excavation and construction activities at the mine quickly gained momentum while stringent Covid prevention methods ensured high safety standards,

Manganese ore was accessed just five months after blasting operations began and ore was extracted for the first time on March 19.

An official launch marking this milestone was held on March 29, and the mine’s first shipment of ore took place in May.

Situated about 4 km northwest of the aptly named Hotazel, Mokala is accessed by a main road, the R380, which connects the town of Kuruman to Blackrock and beyond.

To develop the mineral resources held on the Mokala property, infrastructural and environmental challenges in recent months needed to be addressed.

The first was the rerouting of the R380 tar road, which originally ran through Mokala’s property. The second, was the redirecting of the Gamagara river, which also runs through Mokala. Rerouting the river was both important and complex.

“The river was a major concern and receiving permission from the relevant authorities that we could redirect it was an important achievement that has extended the life-of-mine,” Mokala CEO Vhonani Mufamadi stated in a release to Mining Weekly. Both of these tasks were undertaken in full compliance with relevant rules and regulations and are now close to completion, the release stated.

Mufamadi described the shareholding structure as being “truly one of the best”. Evidence of this, he said, lay in the efficiency with which Mokala had been brought into production, as well as its success so far and promise of ongoing success.

“The relationship between the two shareholders has been extremely well managed, including the conversion of exploration rights into mining rights,” said Mufamadi.

Glencore, as one of the world’s largest globally-diversified natural resource companies, is a major producer and marketer of more than 90 commodities. Ntsimbintle, which has become a force in manganese mining, is 100% black owned and managed, and comprises entrepreneurial businesses and community broad-based organisations.

“The joint venture between Ntsimbintle and Glencore will provide additional exposure to international manganese markets and increase exports. This, of course, has benefits for the South African economy at large,” Mufamadi added.

The policy of the operation is to employ and procure as much as possible locally. Of the mine’s 357 employees and contractors, the majority are sourced from immediate communities.

The vision is to create a culture where employees feel a sense of belonging: “We want our employees to know that their inputs are valued and that they are appreciated as individuals,” said Mufamadi.

Mokala’s long-term vision is to be among South Africa’s safest and cheapest manganese producers. “At peak, we are going to be a significant player in the Kalahari basin and in the manganese supply market,” Mufamadi forecast.

Mokala GM Basie van Wyk highlighted the mine’s safety record. “In spite of considerable construction and mining work being undertaken simultaneously, we have achieved very high safety achievements across the project to date. It goes without saying that we will uphold this high standard as mining progresses,” said Van Wyk.

To identify providers of goods and services that it can use, Mokala works closely with its communities and within Ntsimbintle’s shareholder base. “We have a real passion for the people – both employees and community members – who are involved in what we’re doing. We embraced the Mining Charter from the beginning, and are determined to exceed the targets set for us wherever we can,” Van Wyk added

Opportunities are being continuously sought that may be leveraged with neighbouring operations. “Identifying synergies and expansion opportunities with our neighbours, where value is available for both parties, is an important part of our approach. This, we intend to do while continuing to invest in and develop our employees and communities,” Van Wyk emphasised.