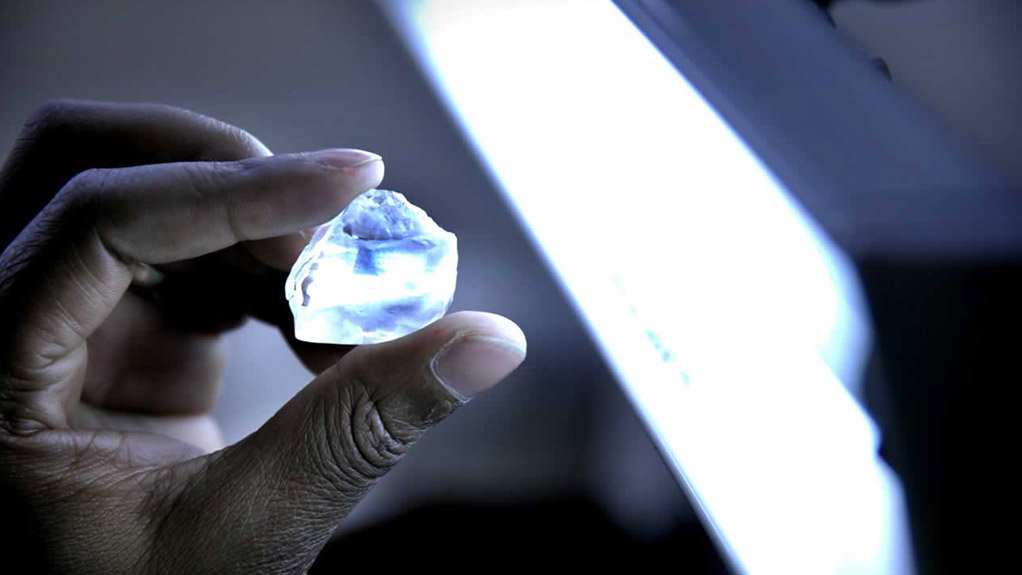 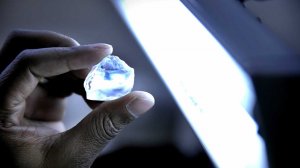 JOHANNESBURG (miningweekly.com) – While the global diamond industry may be poised for a modest rally in 2017, several key headwinds persist, including the need for secure access to financing within the midstream sector, slowing consumption in China and the ongoing threat of synthetics and counterfeit diamonds, according to a report by the Antwerp World Diamond Centre (AWDC) and consulting firm Bain & Company on the global diamond jewellery market.

The report notes, however, that the sheer number and growing spending power of millennials, as well as strong overall macro fundamentals, present a glimmer of hope over the mid- to long-term for diamond sales.

As part of its report, Bain and the AWDC conducted a survey of more than 1 500 millennials in China, India and the US and found similarities with previous generations in terms of current and future spending levels as well as the group’s positive attitude towards diamond jewellery.

The population of millennials in these countries totalled roughly 900-million in 2015, and their combined gross income amounted to about $8-trillion. Taken together, they are the fourth-largest economy, behind the US, the European Union and China, and are likely to double to some $16-trillion, or 38% of total gross income, by 2030.

Like earlier generations, millenials rank jewellery high among their gifting preferences – it is first in China and India and third in the US, after money and electronics.

However, differences in shopping behaviour within the group suggest that revised marketing and customer acquisition strategies are needed to reach this group of consumers effectively.

In the US, millennials actively use the Internet for jewellery purchases, while in India, they prefer to us department stores. Chinese millennials, like other age groups in China, prefer specialised retailers for jewellery shopping and tend to make their purchase decisions in stores.

Bain notes that, to fully capture millennials' demand for diamonds over the longer term, industry players need to invest in marketing and brand-building efforts, as well as redefine the customer's retail experience.

"As this new generation of consumers heads toward its prime spending years, the diamond industry needs to find ways to effectively engage with them now. Smart producers and retailers are actively looking for ways to appeal to them. Those that don't will encounter yet another hurdle to overcome in an already-turbulent market,” said Bain partner and lead report author Olya Linde.

Looking ahead, the outlook for the diamond industry in the medium term remains challenging, as new supply is expected to come on line and uncertainties cloud the social, political and economic environments in key markets.

Over time, however, the positive macroeconomic outlook is expected to work in the industry's favour – as long as diamond producers behave responsibly and industry players sustain their marketing efforts to support diamond jewellery demand, especially among millennials.

In the long term, the diamond market will trend in a positive direction. Using its proprietary forecasting method, Bain projects that rough-diamond supply and demand will be tightly balanced through to 2019/20.

Demand for rough diamonds is expected to recover from the recent downturn and to return to a long-term growth trajectory of about 2% to 5% a year on average, relying on strong fundamentals in the US and the continued growth of the middle class in India and China.

The supply of rough diamonds is expected to decline every year by 1% to 2% in value terms through 2030.

PERFORMANCE INDICATORS
The global diamond industry performed moderately well in 2015, driven by diamond jewellery retail sales, which grew 3% at constant exchange rates, according to the report.

Bain revealed, however, that rough diamond sales fell 24% in 2015, amid currency depreciation as well as slower demand in China, which contributed to a 2% decline in overall global revenue, in US dollar terms. Similarly, in the midstream, US dollar revenues dipped by 2%.

According to Bain, the decline in rough diamond sales was the result of reduced purchasing volumes in the cutting and polishing sector and the release of about $5-billion in inventories into the downstream markets.

Nevertheless, the report notes that the diamond jewellery market demonstrated relative stability last year, with the US pegged as the global sales growth engine, as mainstream jewellery retailers benefited from strong demand among middle-class buyers.

In India, strong macro-demographics, particularly the growing middle class, supported positive gains. Yet, even these positive trends were no match for the strong US dollar, which drove global markets into negative growth rates.

Meanwhile, additional findings from the report reveal that revenues in the cutting and polishing subsector declined by about 2% in 2015 owing to the slowdown in global diamond jewellery demand, which increased retailers' inventories. This scenario forced the midstream segment to reduce rough-diamond purchase volumes and unload inventory surpluses accumulated in 2013 and 2014. Combined with the demand slowdown, this move contributed to a 10% decline in polished-stone prices in 2015.

"In 2015, the diamond jewellery and midstream segments showed relative stability, but the same cannot be said for rough-diamond producers, which experienced a double-digit revenue decline. Although demand for rough diamonds has rebounded so far in 2016, the holiday season will determine the retail and midstream segments' full-year performance,” said Linde.