Menar doing due diligence on thermal coal assets being offloaded

Menar doing due diligence on thermal coal assets being offloaded 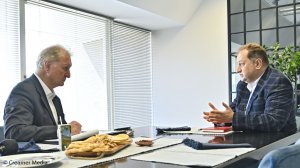 JOHANNESBURG (miningweekly.com) – Private investment and management company Menar is doing due diligence on thermal coal assets that have been placed on the market by companies wishing to offload them out of their portfolios.

Such acquisitions would be in addition to the company’s own R7-billion project pipeline, for which mining rights, environmental authorisations and water-use licences are meeting timelines, with the exception of the Palmietkuilen opencast thermal coal mining project, near Springs, on the East Rand.

This disruption is the result of the decision of Environmental Affairs Minister Barbara Creecy to uphold an appeal against the project on the grounds that the area has high agricultural potential, which Menar is contesting in court.

Menar is hopeful that the courts will decide in its favour in view of Palmietkuilen’s importance to State-owned electricity utility Eskom as well as to the community. The mine will employ 800 people and a coal processing plant on the property will ensure that Eskom gets “the right quality coal at the right price”, said Bayoǧlu.

In addition to Plamietkuilen, Menar is also still intent on commencing the De Wittekrans thermal coal project, in Hendrina, this year.

“If we can sort out the regulatory issues with Palmietkuilen, we’ll still start both projects this year. We’ve bought the land at De Wittekrans and we’ve done a deal with the farmer, so it’s safe to go. It’s also a long life mine that will employ about 400 people and assist the community,” he said.

Menar’s R300-million Riversdale Anthracite Colliery underground project, in Vryheid, KwaZulu-Natal, is in the final stages of water-use licence approval. This project will employ about 200 people in a job-short old coal/anthracite mining area, where most of the mines have closed.

A start in 2021 is planned at Witfontein, an underground coal project, located north-west of Bethal, in Mpumalanga, which will employ about 500 people and require an investment of about R1-billion.

Also in 2021, the 800-employee, seven-million-ton-a-year Springfield opencast coal project is expected to go ahead in Vereeniging, 23 km from Eskom’s Lethabo power station, and next to South32’s ferromanganese plant, in Meyerton. This is earmarked for supply not only to Lethabo but export markets because of its rail link.

“We’re planning to build a loop to take the product to the Richards Bay Coal Terminal,” said Bayoǧlu.

Collectively, the projects will create 5 600 jobs, which would elevate Menar’s total employee complement from the current 3 800 people to 9 400 by the end of 2022.

These investments could prove supply positive at a time when banks are not providing capital for coal mining.

So far, Menar has been able to self-fund projects. “I think it’s very difficult at the moment to get any funding for a coal-fired power station or a coal-mining project from any banks anywhere in the world.

“Maybe some Australian and Chinese banks might be interested. But if you look at the last 12 months, China has pulled out 65% of its coal-fired power finance, which is massive. That means China is also getting very serious about coal-fired capacity and it’s going to be more difficult for thermal coal miners to get funding,” he noted.

According to South Africa’s Integrated Resource Plan, in 2030 Eskom will still have 33 000 MW of coal-fired power capacity, which will require about 100-million to 110-million tons of coal a year.