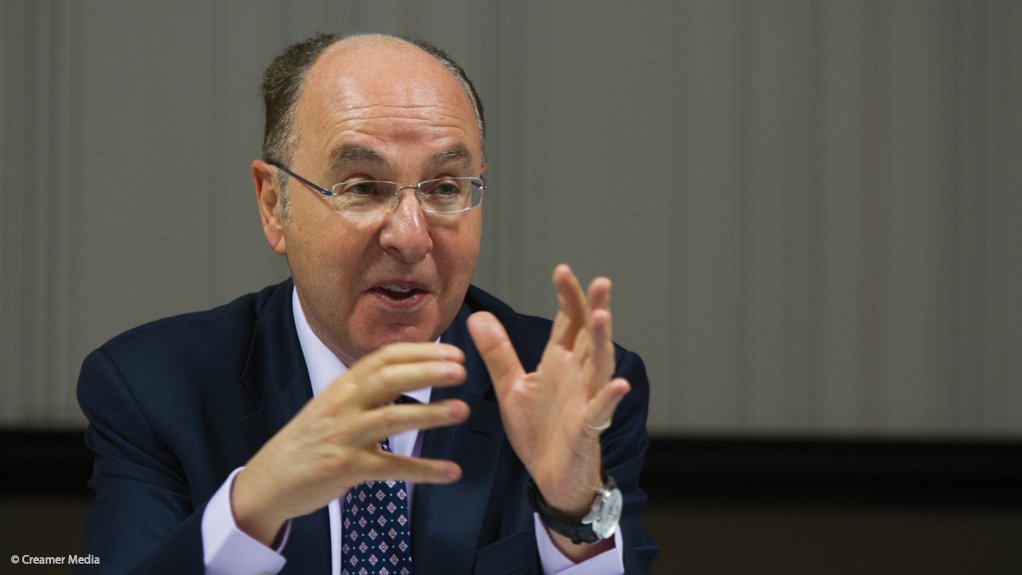 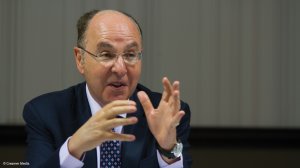 In a speech to the British Chamber of Business in South Africa on Thursday evening, he noted that South Africa’s fifth President since the end of apartheid, is expected to deliver a State of the Nation Address that will “hopefully” set South Africa on a sustainable trajectory of economic growth, “in which the mining sector plays a significant part.”

Leon explained that mining had been the backbone of South Africa’s economy – a consistently large contributor to the country’s export earnings, employment and gross domestic product – for more than a century.

He added that, following decades of prosperity, the industry entered a downward spiral following May 1, 2004, when the Mineral and Petroleum Resources Development Act (MPRDA) came into effect.

“ . . . the MPRDA failed to prescribe objective (as opposed to discretionary) guidelines, as well as proper timelines for the exercise of licensing powers by either the Mineral Resources Minister or the Department of Mineral Resources (DMR), leaving much to their interpretation and discretion. This, in turn, has led to a climate of inconsistency as much as regulatory uncertainty,” Leon stated.

As a result, investor confidence waned, as demonstrated by South Africa’s ever declining ranking in the Fraser Institute’s ‘Annual Survey of Mining Companies’. The company’s ranking has declined from twentieth out of 53 jurisdictions globally in 2001 to eighty-fourth out of 104 jurisdictions in 2016.

Leon noted that the National Development Plan (NDP) –  prepared over three years by a diverse group of policymakers and industry specialists – offered a sober assessment of the shortcomings of the South African mining industry.

“The South African mining industry has performed poorly over the past decade. During the commodity boom from 2001 to 2008, the mining industry shrank by 1% each year, compared to an average growth of 5% a year in the top 20 mining exporting countries. The mining industry is smaller now than it was in 1994.”

Leon stated that the legislature’s failure to draw from the NDP, resulted in a poorly considered and drafted Bill to amend the MPRDA being introduced to Parliament in early 2013.

“The resultant policy uncertainty was exacerbated by the opacity and apparent mobility of the black economic empowerment (BEE) goalposts set by the revised Mining Charter in 2010,” he commented.

The Chamber of Mines (Chamber) and the DMR disagreed strongly as to how to calculate BEE compliance, resulting in a court case challenging the DMR’s rejection of the ‘once empowered, always empowered’ principle.

“In June 2017, after a year of private negotiations and repeated postponements, Mineral Resources Minister Mosebenzi Zwane gazetted the third Mining Charter in ‘final form’, which took almost no account of the input by the industry, labour and community organisations,” Leon noted.

The chamber was forced to seek an urgent interdict preventing the Minister from implementing the charter, pending a full judicial review.

“The charter and the [MPRDA amendment] Bill – as much as the constitutional wrangles surrounding them – have exacerbated regulatory uncertainty, which is anathema to investment in the industry. If the country’s mining sector is to have a future, this is the first issue that needs to be addressed.”

Leon noted that, since his election as the African National Congress (ANC) president in December 2017, Ramaphosa has made a concerted effort to lure foreign investors back to South Africa.

Under his leadership, in contrast to its statist vision in 2012, the ANC envisions, “an economy that encourages and welcomes investment, offers policy certainty and addresses barriers that inhibit growth and social inclusion.”

Leon said the election of Ramaphosa as South Africa’s President may signal a recommitment by the ANC to the NDP, which Ramaphosa had a large part in drafting.

He suggested that, from a policy perspective, this should clear the way for both the MPRDA amendment Bill and the third Mining Charter to be withdrawn, and for the path of regulatory certainty to be laid.

“Even before his election, Ramaphosa remarked that South Africa must urgently break the ongoing deadlock on the regulation and transformation of the mining sector to ensure the proper use of this country’s world-class mineral resources,” said Leon.

Additionally, he stressed that Ramaphosa regards the restoration of good governance at all State departments and State-owned companies as urgent, as their networks and services are crucial investment enablers.

“Another sign of the winds of change was [Wednesday’s] series of arrests and raids on suspects implicated in the Free State dairy farm development for which Minister Zwane had [allegedly] been responsible.”

“The positive and decisive steps taken in the two months since Ramaphosa was elected ANC president, when contrasted with the regulatory entropy of the Zuma administration, inspire some optimism that South Africa’s mining industry does indeed have a future,” he said.