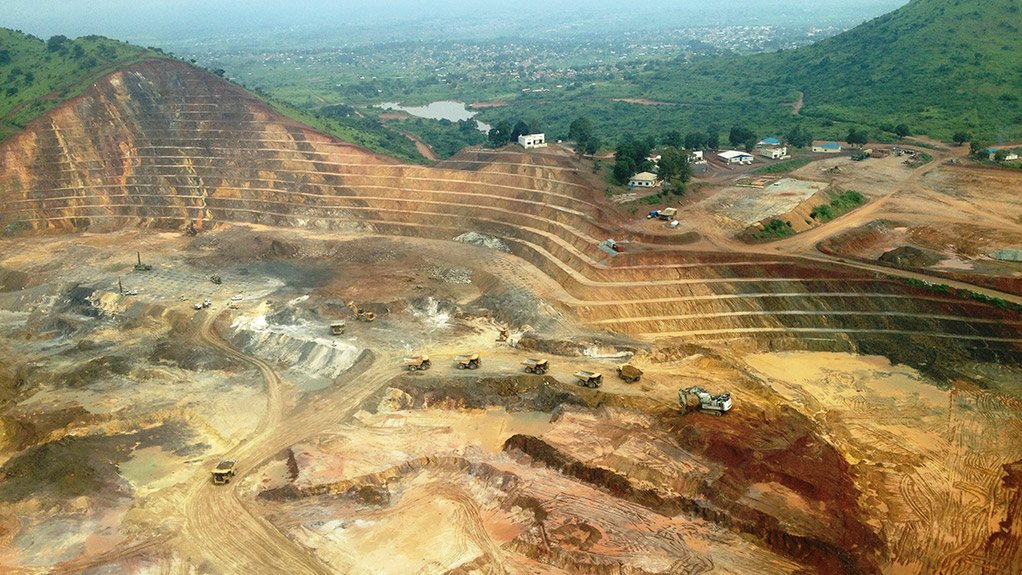 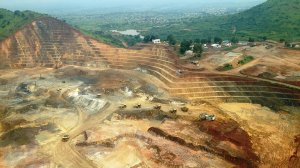 Photo by Randgold
Kibali mine

The mine, which would rank as one of the largest gold mines in Africa once it reached full production, was owned by Randgold and gold miner Anglogold Ashanti – each with a 45% stake and more than $2.5-billion invested in the project – in partnership with the DRC State gold mining company Société Miniere de Kilo-Moto.

Kibali, which was currently an operating mine as well as a development project, had produced 88 200 oz of gold and made a profit from mining, before interest, tax and depreciation, of $68.3-million in the three months to December, its first production quarter.

The mine was currently producing gold from its openpit mining operation and oxide circuit.  Commissioning of the sulphide circuit started during the last quarter, while development of Kibali’s underground mining operation remained on track with the vertical shaft reaching the halfway mark and the first underground ore accessed.

The first of four hydropower stations were also currently being commissioned and, with a capacity of 22 MW, it was the largest of its kind in the Orientale province.

Speaking at the opening of the mine, Randgold CE Mark Bristow said the successful development of Kibali could herald the birth of a new DRC economic region to rival the Katanga province.

"To achieve that, we cannot rest here. We need to ensure that we deliver the returns expected by the investors who entrusted us with their money. We have to run a profitable mine, focused on long-term viability, that pays taxes and employs and develops citizens from this region and this country. Kibali must become the catalyst that triggers the additional investment required to grow a strong regional economy," he said.

Also speaking at the opening, Randgold chairperson Philippe Liétard added that the successful development of Kibali in the face of many infrastructural and other challenges was a triumph for the company's partnership philosophy.

"Here we have shown what can be achieved in Africa when we all work together; a government that understands the importance of attracting and retaining the investments that are necessary to build a modern economy; two mining companies that believe in sharing the value they create with all their stakeholders, especially the local community; a labour force that is eager to grasp the opportunity of working and learning; and a people who have welcomed us and supported our endeavours," Liétard said.

Meanwhile, AngloGold Ashanti chief executive Srinivasan Venkatakrishnan said for Kibali's full potential to be realised it was of the utmost importance that the DRC's mining code remained supportive of the gold mining sector.

"The government now has an important opportunity to show the world that it is welcoming of gold mining by helping to create what can in a short time become one of the largest gold producers in the world and an engine of growth for this region and this country," he noted.