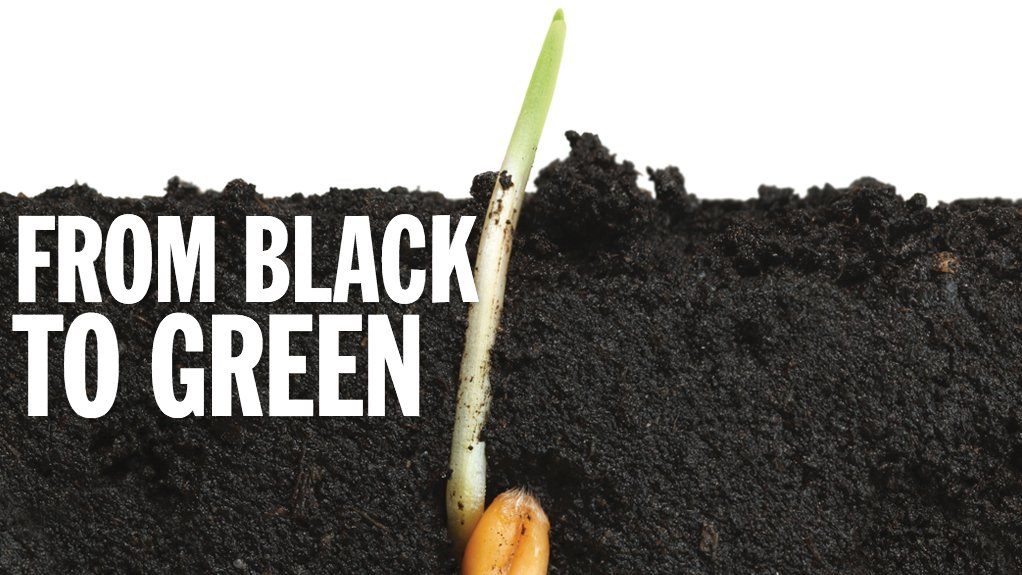 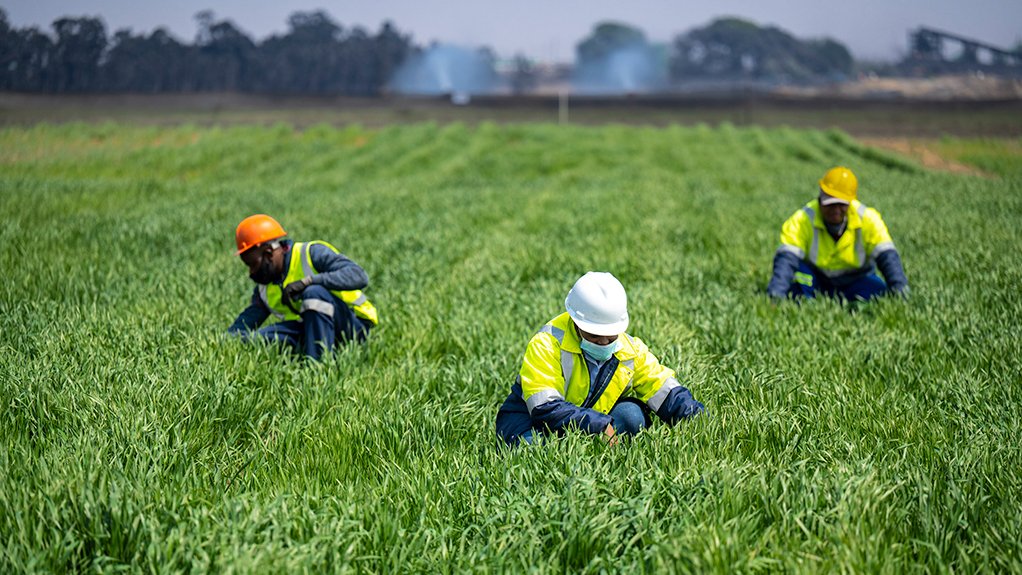 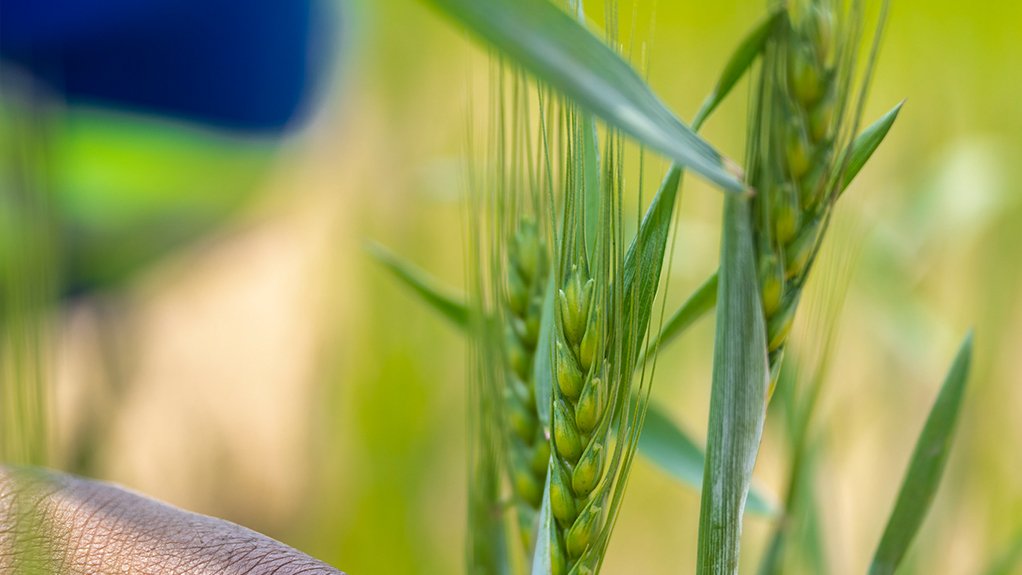 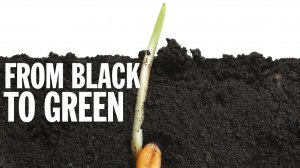 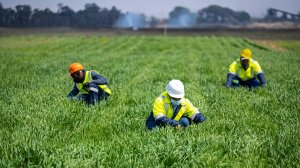 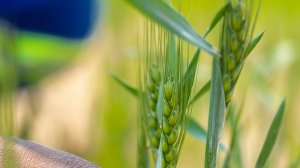 The rehabilitation of South Africa’s closed coal mines has long been a source of contention among miners, environmental activists and affected communities.

Numerous old mines were not rehabilitated at all, while many others were rehabilitated to within only the bare minimum requirements of the law, leaving the land looking restored but, ultimately, not suitable for the growing of crops, owing to the plethora of toxic chemicals and metals that remain in the soil and water.

However, amid the rising unemployment rate among South Africans and soaring cost of living, much thought has been given to whether old coal mine properties can be repurposed to provide agribusiness opportunities for surrounding communities.

Several organisations have been researching means and methods for remediating the land beyond basic rehabilitation to making it suitable for sustainable, long-term agricultural use – previously believed to be impossible.

The province is at the centre of power generation in South Africa, providing more than 80% of the country’s coal resources.

After mining and quarrying – which account for nearly 30% of Mpumalanga’s gross domestic product – manufacturing, power generation, tourism and agriculture are the province’s other major sectors.

Many of the local communities depend on mining operations as their primary economic driver – directly as a source of employment and indirectly through local development and services provided.

However, as these mines close and South Africa transitions away from coal, transitioning the economy to other viable industries is of critical importance.

The pilot programme aimed to investigate whether remediated mine land and mine water could offer sustainable livelihood opportunities for local communities. It was also seen as an opportunity to showcase how different industry stakeholders could work together to achieve common environment, social and governance outcomes, Business for Development Africa operations director John Cook says.

The programme, which ran from April last year to January, successfully demonstrated how remediated coal-mine land and mine- affected water could be used directly in agriculture.

A detailed report on the programme is expected to be released this month.

The land used for the pilot was provided by the Wonderfontein colliery and included two sites next to it that are owned by the community.

Winter wheat was specifically targeted because cereal company Kelloggs believed that the grain could potentially be used in the manufacture of its cereals.

Cook tells Engineering News & Mining Weekly that the pilot was successful, but that it is not yet clear if it is repeatable. Further testing would be required, although plans to extend the programme include roping in a wider array of stakeholders.

“What we’ve proven is that remediated land and mine-affected water do represent very valuable assets for agriculture, which encourages a possible rethink of the regulatory arrangements.”

However, it is important to ensure that further damage to the environment is not inadvertently caused by the farming methods employed in the pilot.

Moreover, it is still not yet fully understood whether the same methodology would work on other rehabilitated mine sites with different soil and water compositions, he adds.

“We now need to do more and investigate the extent to which the learning can be transferred to other locations. We need to engage with regulators and government to see what changes might be necessary to the policy settings to make this available to a large number of people.”

The most “astonishing” aspect of the winter wheat pilot project, according to Cook, was its using mine-affected water to grow the wheat without any additional treatment or purification.

The programme involved growing different wheat crops irrigated by rainwater, reservoir water, borehole water and mine-affected water on virgin and remediated land, and then comparing the results of each approach.

“We didn’t really know what was going to happen when we started to grow the crop in the soil and use mine-affected water to irrigate it. However, we’re pleased to report that when we did tissue samples of the grain and the plant, we found that it was perfectly acceptable for human consumption.”

The water contained minerals that proved beneficial to not only the plants but also the soil, improving the pH.

Cook hopes that the success of the winter wheat pilot programme can be replicated at other rehabilitated mine sites and with different crops. Some of the suggested crops are potatoes, cotton and maize.

“There is significant scepticism as to whether using mine-affected water is worth the effort. We are hoping that this work and the report encourages dialogue to the point where attitudes soften. We envision stakeholders working collectively to find ways of mitigating any risks and providing commercial agriculture and communities with access to a water source that is often overlooked.”

Consulting firm and Thrive partner African Source Markets CEO Bevan Robert Jones explains that the work being done by Thrive seeks to completely remediate the soil through the systematic planting of carefully chosen crops, called hyperaccumulators, that will leach toxic minerals out of the soil and rectify its pH levels.

This approach seeks to rehabilitate soil and integrate local waste streams to produce living soils that can be productively used to grow nutrient-dense crops every season.

“We use nature to do the rehabilitation, looking for the right combinations of plants (phyto), mushrooms (myco), and bacteria (bio) to do the heavy lifting for us,” he says.

Through a highly scientific process, specific phytomining plants are chosen according to the properties of the soil and the waste stream. For instance, a hyperaccumulator such as tea can accumulate aluminium without any danger to humans.

However, Jones says that they would prefer to use the tea to make kombucha vinegar for food processing and let the mother culture do further work in the soil. He adds that coal has most of the macro, micro, and trace elements that plants need, but the trick is in knowing how to liberate them safely.

“Some plants have the ability to preferentially absorb heavy metals, sulphides, nickel, gold and a variety of other metals. For example, we’ve discovered a fungus that will absorb rare-earth elements,” Jones explains.

US-based Sandia National Laboratories has patented a process to use citric acid to do the same thing, although Jones says he is unsure if Sandia knows that this particular fungus can also be used to make citric acid. Thrive is now researching the best plants to use symbiotically with the fungus for natural rare earth element extraction.

“Often fungi on their own can help restore contaminated soils, with mycoremediation relying on the extensive symbiotic network of underground mycelium with plant roots. This is also nature’s most effective way to draw down and store carbon in the soil,” Jones explains.

The use of phyto-, myco-, and bioremediation techniques has enabled Thrive to also successfully grow winter wheat using a 30% mix of coal fines – a waste product – with a specially formulated compost that has been inoculated with indigenous and effective microorganisms – a technique borrowed from Korean natural farming.

Korean natural farming takes advantage of indigenous microorganisms to produce fertile soils that yield high output without the use of herbicides or pesticides. This has been shown to result in an improvement in soil health and loaminess, as well as better tilth and structure.

“Many mines set aside the topsoil when they start mining and think they can come back 20 years later and just put that same topsoil back down. However, this won’t work – that topsoil is now dead because it hasn’t been kept alive. All of its beneficial bacteria and microbes have died long ago.”

Jones emphasises the need for the mining industry to understand how dynamic soil is and how important it is to keep it alive. Soil is the clearing house of the planet, he says, where waste and death are recycled back to life.

“You have to get the soil right first before you even think about planting. In this regard, we are proving that there are ways of taking waste coal products and beneficiating them for use in agriculture. Nature has no concept of waste, as everything plays a vital role in the cycle,” Jones explains.

In addition, planting certain trees, such as fast-growing silver birch trees, can help to remove subsurface acid mine drainage. These trees have aggressive root systems that absorb large amounts of water, Jones explains.

One can even tap the trees to get clean water as the sap rises in the trunk while fresh filtered water is transpired through the leaves, encouraging localised rainfall. Silver birch also happens to be the fastest carbon drawdown tree in the world, he says. Moreover, the birch bark can be used to make shoes and baskets, as is done in Finland.

“It’s about understanding what plants, trees and combinations thereof you can use to give you the best results,” Jones says.

He hopes that the work being done by Thrive will help to solve the degradation of mine land and address the lack of funding, knowledge and expertise to use and restore the land to its optimal production potential.

Ultimately, the goal is to contribute to ensuring food security, amid the ever-rising cost of food.

Through a creative voucher funding model, where the value of the voucher rises as restoration work succeeds and communities produce products, Jones hopes that Thrive can contribute to creating a new generation of successful farmers and food processors on land where previously the surrounding communities had to contend with coal mining.