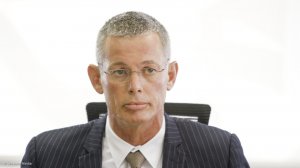 JOHANNESBURG (miningweekly.com) – A higher platinum group metals (PGMs) rand basket price boosted by increases in palladium, rhodium and nickel resulted in an laudable operational and financial turnaround by Impala Platinum (Implats) in the six months to end December, when earnings before interest tax depreciation and amortisation rose 112% to R5.90-billion.

A year ago, Implats had a vulnerable balance sheet, negative operational cash flow, six fatalities and a huge headcount challenge at the then loss-making Impala Rustenburg. But a lot has changed and on Thursday the company was able to report equal output with 1 500 fewer people and flattened costs despite inflation.

Of great assistance has been the palladium-rhodium tailwind, which provided a 14% upliftment at the troubled Marula mine, where the building of a new tailings dam facility is set to provide a repeat performance. Rhodium doubled in price in the period and palladium rose by 11%, which helped to cushion platinum’s 12% fall.

Current strength in palladium and rhodium fundamentals is expected to persist and the rand basket price remain supported.

As one of the world's foremost producers of platinum and associated PGMs, Implats' six mining operations in South Africa and Zimbabwe all contributed to cash flow.

The company, headed by CEO Nico Muller, has seen its share price rise by 57% since the start of the year.

Given the improved basket prices, what is the future direction of Impala Rustenburg’s strategic review?

Muller made it clear that Implats remains dogged about not supporting loss-making ounces and not changing strategic direction when there are short-term market variations.

Bullish on palladium and rhodium, he is convinced that the improved metal prices are structural and not cyclical and that platinum will be dragged up by the increased prices of these two PGMs.

In pitching in cash outstandinly in the period, Impala Rustenburg provides Implats the option of potentially extending or changing the various commercial options for the various assets that it has earmarked for closure or contracting as part of its Rustenburg review strategy.

Group cash balances rose to R6.36-billion, reducing net debt before leases from R5.33-billion at the start of the reporting period to R976-million by the end of the financial half-year.

Regrettably, an employee was fatally injured in a work-related incident against the backdrop of a vastly improved safety performance, characterised by a record low fatal injury frequency rate for the group.

Tonnes milled from a refashioned Impala Rustenburg, Zimplats and a palladium-rhodium boosted Marula increased 2.9% to 10.24-million tonnes and contributions from joint ventures at Mimosa and Two Rivers kept mine-to-market platinum production in concentrate at  678 000 oz. However, gross platinum in concentrate fell by 10.7% to 775 000 oz on the absence of a previous large one-off.

Implats expects the headwinds facing the South African PGMs industry to remain largely unchanged in 2019, citing rand volatility, wage negotiations, national elections, and the operational and financial crisis at Eskom as challenges for the domestic producers.

While it sees the near-term outlook for platinum remaining suppressed, it reports that the medium-term outlook has improved.

It expects the current strength in both palladium and rhodium fundamentals to persist for the foreseeable future and notes that robust iridium and ruthenium pricing has also resulted in pricing tailwinds. The group calculates the market to be in a PGMs deficit with industry discussions and debates having shifted from the need for supply rationalisation to potential areas of growth.

Dollar metal prices are expected to remain well supported for palladium, rhodium and the minor metals, with the near-term outlook for platinum remaining more muted.

The group's operating cost is expected to be between R23 900 and R24 800 per platinum ounce on a stock-adjusted basis for the full financial year, with group capital expenditure forecast at R4.1-billion to R4.3-billion.